William Cossey Jr.: Happy in the Middle of the Action 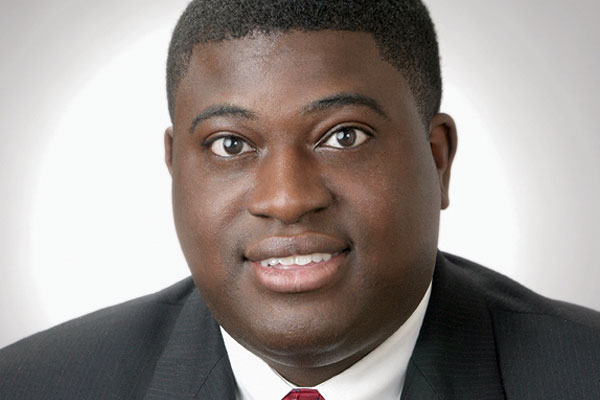 As a transportation and logistics sergeant during the first Gulf War, William Cossey Jr. was responsible for bringing tracked military vehicles to the front. In civilian life, however, Cossey was studying accounting. When he left the Army National Guard in 1994, he assumed that was the end of his association with logistics.

Then in 2001, Cossey was named director of business operations for Cox Communications' Middle Georgia Market, and supply chain fell under his area of responsibility.

He liked that aspect of his work so much that, several promotions later, he embraced the chance to become director of supply chain enterprise resource planning (ERP) and logistics for Cox, the nation's third-largest cable services provider. In December 2009, Atlanta-based Cox named Cossey executive director, supply chain integration.

What makes supply chain management so appealing? "I never wanted to be strictly a bean counter," Cossey says. Throughout his finance career, he'd always felt drawn to operations. "Supply chain puts you in the middle of the action."

Reporting to the vice president of supply chain, Cossey is responsible for all the processes and systems involved in managing Cox's inventory at the corporate level. He's also in charge of forecasting and planning, and distribution and fulfillment.

Inventory at Cox comes in two varieties. The first is customer premises equipment—the set-top boxes, modems, and other equipment used in Cox's TV, data, voice, and wireless services. The second type of inventory is equipment for Cox's network infrastructure.

Until recently, each of Cox's markets managed its supply chain independently. In 2006, however, Cossey launched an initiative to centralize that function. The effort began with set-top boxes and two suppliers, and has grown to encompass more products and the largest 100 of Cox's 30,000 suppliers.

Cox centralized its supply chain management to better balance supply and demand company-wide. That's not easy in a firm that not only delivers product to new customers, but also must maintain leased consumer products and network hardware. "End-of-life management is a challenge," Cossey says.

But simply delivering new product can become tricky, especially when hordes of customers sign on at once. That's what happened in December 2008, just as the corporate supply chain organization was hitting the ground. With inventory short, Cossey and his team pulled strings with vendors to obtain more set-top boxes in a hurry. They made sure that the product flowed first to markets where the need was greatest.

In the past, managers in each market would have called the suppliers individually, competing for the same limited pool of boxes. The new process was much more effective.

"The fact that we had that model, even though it was in its infancy, made it a very palatable challenge," Cossey says.

With that new model now firmly in place, Cossey's team and Cox's sourcing organization are preparing for a new challenge. "We're going to spend this year giving the supply chain a facelift," he says. That means examining every process to find which ones offer room for optimization. Then, of course, they'll put improvements in place.

For a man like Cossey, who loves working right in the center of things, such a project is bound to be an enjoyable adventure.

What do you do when you're not at work?

I have one child in middle school and two in high school, so after-school activities comprise most of my nights and weekends. We try to take three or four family trips every year. I used to play golf, but I just don't get the chance these days.

The composer John Williams. I took my kids to see "Star Wars in Concert," and it was amazing.

What's in your laptop bag?

Laptop cables, general office supplies, and the current issue of Multichannel News. When it's time to pack up at the end of the day, the only additions are my trusty composition book and laptop.

If you didn't work in supply chain management, what would be your dream job?

A conductor or band director. Right now I'm living vicariously through my son, who is becoming a very good alto saxophone player.