Why You Should Vest With Your Outsourcing Partners, Now! 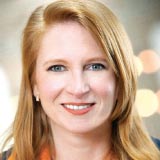 Kate Vitasek is the Vested Outsourcing lead researcher and faculty member of the University of Tennessee’s Center for Executive Education, 206-414-8378.

We hear and read constantly about the critical need for lean, green, transparent, collaborative, efficient, and cost-effective supply chains and logistics partners.

But how have your partnerships fared lately? How have things progressed over the past three or four years? Are your outsourcing and logistics contracts living up to their initial promises and premises? Do you often wish your suppliers were more proactive? Is a change necessary but a scary proposition?

If you don't like the answers to those questions, perhaps you should start asking if there is a better way to work with your service providers.

I have been studying outsourcing agreements as part of a research study funded by the United States Air Force and performed by the University of Tennessee. The lesson I've learned is simple yet powerful: If you aren't getting satisfying results from your partners, it's likely because you are not treating—or paying—them like true partners.

Put more bluntly, our research found that most companies are developing supplier and outsourcing agreements that simply pay for people in seats—not for innovative partners who help solve real logistics and supply chain problems.

My mama always told me you get what you pay for. More outsourcing professionals should listen to their mamas!

Now, don't get me wrong. I am not advocating for shippers to go out and give their 3PLs, carriers, and service providers a raise and buy all their "value-added" services. What I am advocating is for companies to step up and move beyond mere partnership lip service and start to create business models and contracts that support real partnerships aimed at solving real problems—and not just choose any person to drive a truck, pick product, or count inventory.

I am an advocate for the kind of partnerships that have the power to solve real problems and deliver transformational results—such as reducing cycle time by 50 percent, increasing inventory turns by 50 percent, slashing retail compliance chargebacks, and increasing service levels to delight your customers.

If you don't have suppliers and providers who are helping you transform your supply chains, let me introduce you to the concept of vested outsourcing, which is derived from proven performance-based philosophies. The goal is to create a true vested partnership whereby the economics of the deal structure drive—and reward—transformational behaviors and results.

Vested outsourcing takes the concept of partnership to new heights because it digs deep into fixing some fundamental flaws associated with how companies purchase outsourced services. It adds order through "rules" and follows a structured process to help companies achieve true partnerships with the power to deliver transformational results.

Sound too much like you are setting yourself up to sing Kumbaya with your suppliers (or customers)? Maybe it's time to send in the doctor—or to be more precise, Dr. Oliver Williamson.

Dr. Williamson received the 2009 Nobel Prize in economic sciences based on his seminal work on what he calls "transaction cost economics" in the contracting process as it applies to outsourcing and the supply chain. He warns about the "maladaptations" in the contract process that can develop if companies don't think cooperatively and proactively from the start of the contract relationship. He warns about the pain and cost associated with "unanticipated disturbances" from old-school approaches to crafting and negotiating outsourcing contracts.

Need a real-world example of how conventional thinking works to create flawed supply chains? Look no further than the dysfunction of trade and logistics on Asia-Pacific trade lanes. Trans-Pacific liner operators lost at least $15 billion last year, and 2008 wasn't all that hot for them either.

Some of the damage was self-inflicted: They scrambled to preserve market share by slashing rates while handling an influx of huge new containerships they purchased, perhaps unwisely, during the boom times of the economic bubble.

Of course when the recession hit, these carriers found themselves chasing too little cargo with too much available capacity at non-compensatory rates.

The carriers, desperate to recoup those losses as quickly as possible, have embarked on a highly muscular, unilateral strategy this year: Raise rates dramatically, cut vessel capacity sharply and, by the way, steam across the ocean at much slower speeds to save on fuel consumption and cut capacity even further. Shippers and freight forwarders, especially in the small—to medium-size range, are, in effect, being held ransom by the carriers. They must pay more for less space and poorer, slower, service.

This kind of behavior is all too typical of the way ocean carriers and shippers operate. It's almost a tradition. Some years the carriers have power, at other times the shippers do—a virtual ping-pong match of who can outsmart and whipsaw the other player.

There's a better, and as Dr. Williamson might say, more rational way. Collaborate on mutually beneficial rate and service outcomes; move from the cutthroat me-first "win" mentality to the "win-win" by vesting in each other's success through earned trust and loyalty with credible, vested contracts.

Vested outsourcing can be done. It's time for a new tradition.