VMI Strategies: A Matter of Trust 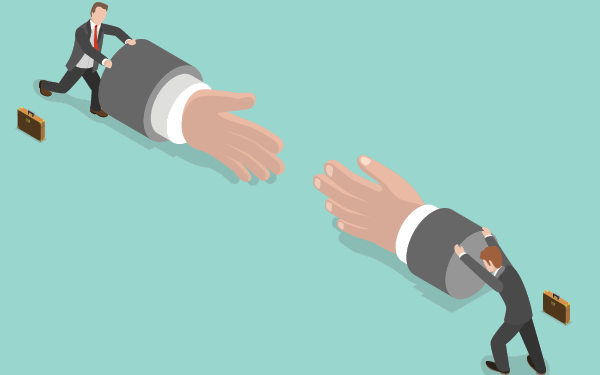 The key to a successful vendor-managed inventory (VMI) program is trust, but sometimes that trust can be elusive, says Carl Hall, CEO of Cincinnati-based TrueCommerce Datalliance, which specializes in helping companies implement and operate VMI programs.

Relinquishing control of a product's inventory on its shelves might seem like a high-risk move for the auto parts store, especially when compared to the traditional model that places responsibility for inventory management with the store. "Some buyers will worry that the supplier is going to load them up, and double or triple their inventories beyond anything that makes sense," Hall says.

Hall once encountered such doubt from a Baltimore distributor who was starting a VMI partnership with a Cleveland supplier using a Datalliance computer to make inventory decisions. The distributor made a point that illustrates the misgivings organizations must first overcome before embracing VMI.

"He said, 'How will the guy using a computer in Cincinnati do a better job managing my inventory than I can do right here in Baltimore?'" Hall says. "He thought, 'I just can't trust this idea.'"

Still, interest in VMI has grown in recent years as customer expectations about the availability of products have intensified, placing heightened pressure on supply chain partners to be as precise and prompt as possible with inventory. Consequently, unease about VMI is succumbing to a motivation to explore a process that promotes strong communication between partners, and emphasizes ensuring that the right amount of an item—not too much, not too little—is always in stock.

"The world keeps moving faster," Hall says. "It used to be great if you received an order in a few weeks. Now we expect delivery the next day or even the same day. It's getting into those shorter cycle times that makes it so important for suppliers and distributors to work together to make sure they have the right product available when customers want it. It's about taking as much fat as possible out of the supply chain."

In terms of potential impact, VMI offers rich possibilities for both suppliers and distributors when the circumstances are right. According to Brad Steger, general manager, process ERP and supply chain management at Aptean, an enterprise application software provider based in Atlanta, VMI offers four major benefits:

1. Better visibility for both the buyer and supplier of goods.

In case studies Aptean developed with two clients, some striking statistics show the benefits VMI offers at its best. The clients saw inventory on target increase from 15 percent to 90 percent in the partnership, order lead time reduced from 32 hours to five hours, stockouts were eliminated, and inventory levels decreased by as much as 50 percent.

The growing availability of more complete and accurate data strengthens VMI's capability to produce major results. "It makes for more intelligent decisions about orders to make sure we get the right product in the right place at the right time," Hall says.

Years ago, Hall worked at IBM as a consultant; his clients included Procter & Gamble, an early innovator in the VMI field. During that time, he worked with a woman at Procter & Gamble whose focus was the supply chain. She spent time on conference calls every day, eyeing the products in short supply and the allocated stock. She had Post-it notes plastered over her desk about shipments and schedules.

"We don't have to do that manual work anymore," Hall says. "Today, we can look at all the data, process it systematically, and ensure we're making good decisions."

A primary consideration in any VMI arrangement is how well the potential partners click as collaborators. In fact, Hall says, "the willingness to work together is more important than the math" and should be the first variable companies weigh before launching a new VMI effort.

"You have to ask, 'What's my relationship with this particular customer or supplier?'" Hall says. "I want to do business with people who are important to me. That may not always be the biggest company but the one that's important because they drive my success. Those are the people that you want to look for when you're thinking about VMI."

A key part of VMI's collaborative component is the role that reliable data from each party plays in the relationship. If a distributor does not offer accurate or timely data, then it will be challenging for the supplier to optimally maintain the inventory.

"As much as such systems automate the overall process, they still require two parties to understand their individual responsibilities and the importance of the data they provide," Steger says. "Data accuracy and timeliness are critical to a successful VMI program. The more data that is available, the more the systems can automate current activities and drive future decisions through predictive analytics."

Because effective collaboration is critical for VMI to succeed, it is essential for companies to be clear and upfront with each other about their plans and goals.

"I see struggles with VMI when those expectations haven't been spelled out," Hall says. "Once we all know the expectations, companies are pretty good about meeting them. When we don't set expectations, we get into trouble."

VMI carries the appealing trait of being both quick to install—Steger says Aptean's VMI packages are typically up and running in fewer than 30 days with clients realizing benefits almost immediately—and inexpensive to launch. Aptean offers two VMI tools: iSupply focuses on raw materials and manufacturing, and Vision targets finished goods for retailers and distribution centers.

"Due to short implementation timelines, multi-tenant Software-as-a-Service (SaaS) offerings, and overall ease of use, the entry level expense in both resources and dollars is minimal," Steger says.

In addition, "VMI has been around for a long time now and is a proven technology," he says. "There aren't any major technical challenges that should stop repetitive manufacturers from using VMI to help improve supply chain performance."

Datalliance delivers its VMI program via the internet using the SaaS model. Its clients do not need any additional IT staff or equipment to support VMI adoption. When Datalliance launched in 1991 "it was very expensive to implement VMI," Hall says, because of the high cost of gathering and manipulating data, and producing the necessary computing power.

"All those costs have gotten tremendously lower, so it is a much less expensive process than it used to be," he says. "That allows us to extend farther down the supply chain. You don't need to be Walmart or Procter & Gamble to make VMI work from a financial perspective anymore."

Industries that have seen "a lot of strength" in adopting VMI in recent years include medical device manufacturing, health care, home entertainment/retail, automotive, and food and beverage/retail, Steger says.

During his lengthy career working with VMI, Hall has seen "the pendulum swing to different industries at different points in time." Overall, Datalliance is observing enthusiasm—and consequently growth—in VMI. Hall is particularly gratified to see the abundance of Datalliance's existing VMI clients who are adding new partners. At a meeting Datalliance held in 2017 with 70 companies using its VMI offering, 58 of them said they planned to grow their VMI efforts in 2018.

"We're seeing a lot of growth within that marketplace, where companies are continuing to push forward and add more supply chain partners to their VMI pool," Hall says. "And it's helping make their supply chains better."

Get Your VMI Program in Shape

The start of a new year is the perfect opportunity to evaluate whether or not your current vendor managed inventory (VMI) vendor is in the best possible condition to help you achieve your goals. Here are four factors to consider.

As you prepare for a new year, it's helpful to take some time to evaluate if your VMI provider is best in class.

Ellen Campbell-Kaminski is the former vice president of marketing at Datalliance, which has specialized in helping companies implement and operate VMI programs since 1991.

Related Articles
Share Everything: Why Multi-tenant Technology WinsAccurate Transit Times: The Backbone of Efficient Supply ChainsIs It Time to Think About Logistics Outsourcing?Is Transportation Management Your Core Competency?Delivery App Perks Up Coffee SalesTMS Provides Recipe for Visibility, Vendor ComplianceCloud-Based Route Planning? That Would Be Ideal!Three Key Points to Communicate to Become Your Customers’ Dream ProviderLeveraging Collaborative Logistics for Increased VisibilityTurn to Technology to Attract the Next Generation of Workers More related articles...