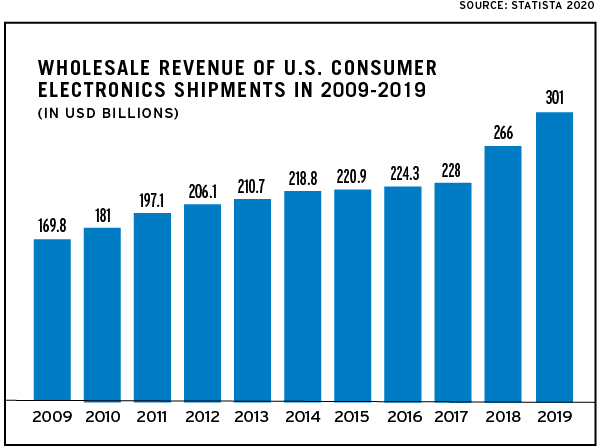 Another goal of the two new incentives is to reduce large-scale manufacturers' dependence on imports of components, which will also improve the nation's digital security.

Fish scales could provide an eco-friendly alternative to plastic for use in flexible displays for electronic devices. Flexibility is important for wearable electronics because it enables the creation of displays that bend, fold, or twist easily, says Hai-Dong Yu at Nanjing Tech University in China. Plastic has been the go-to material for achieving this kind of flexibility but because of its harmful impact on the environment, electronics companies seek sustainable, low-cost alternatives.

Fish scales account for 3% of the 70.5 million metric tons of fish produced globally each year. They usually are not eaten and go to waste, but Yu and his team saw potential for the scales in flexible electronics.

The team used gelatin extracted from fish scales to create an extremely thin film. They then incorporated tiny silver nanowires into it to act as electrodes. To provide light for the electronic display, they added a light-emitting material made of zinc sulphide and copper.

The result was a flexible electronic display, which fully biodegrades after 24 days in soil compared to the centuries it takes for a plastic display to break down. The displays can also be recycled by dissolving them in warm water. This means fish-scale films could also be useful for creating disposable wearable electronic devices, says Yu.

In addition to biodegradability, the fish-scale films have other advantages, such as high transparency, low surface roughness, and low cost, according to Yu.

That ability to capture the spin state opens up the possibility that new devices could be developed that store information so efficiently that storage devices have the potential to get very small. A spin capacitor measuring just one square inch can store 100 terabytes of data.