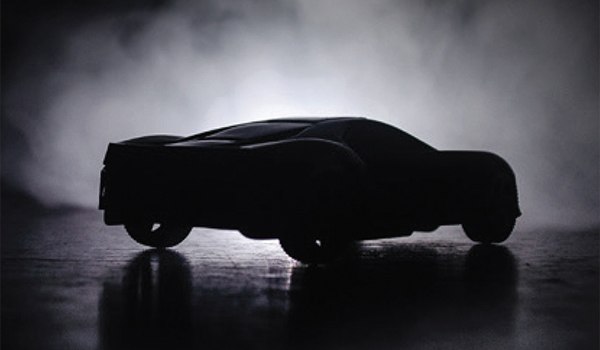 From iPads to e-Cars

Apple is moving forward with self-driving car technology and plans to produce a passenger vehicle equipped with its own battery technology by 2024, Reuters reports. Central to the company's strategy is a new "monocell" battery design that could radically reduce costs and increase the vehicle's range, the report says.

However, making a vehicle is a huge supply chain undertaking, even for an electronics giant like Apple. The company will likely use a manufacturing partner to assemble the vehicle, or even pursue an autonomous driving system integrated with a traditional automaker's car, Reuters says.

The road to Apple's car of the future may run through China, a Bloomberg report says. China makes more than 70% of cathode material, a key part of all batteries, and has 70% of global capacity and 80% of the materials needed for battery-powered products.

"With global auto markets navigating rough terrain, this much is clear: Whoever succeeds will be all but reliant on China's booming electric-vehicle parts makers," says Anjani Trivedi, who covers industrial companies in Asia at Bloomberg.

Where Will the Chips Fall?

Automakers such as Volkswagen, General Motors, and Honda face a shortage of chips, which control everything from power steering to antilock brakes, as the pandemic-induced demand for game consoles, laptops, and TVs overwhelms chipmakers, says a Financial Times report.

Chip shortages halted the production of 280,000 vehicles, and as many as 500,000 vehicles could ultimately be affected, says AutoForecast Solutions and IHS Markit.

With many workers furloughed, carmakers seek government support to accelerate their supply of chips. Because only 10% of semiconductor fabrication plants are used for automotive parts, carmakers do not have the same negotiating power as consumer electronics. With no immediate solution, the shortage is expected to last at least six months, the report says.

Toyota avoided the issue by diversifying its supply chain and keeping more inventory following the Tohoku earthquake and tsunami in 2011. Hyundai Motor avoided shortages because it did not cancel any chip orders when the pandemic forced factories to shut in early 2020.

Most carmakers, however, rely on just-in-time delivery of components to keep costs low. The number of intermediaries in the supply chain also varies, with some relying on their parts makers to secure chips, while others prefer to negotiate directly.

The shortage raises questions as the auto industry becomes more dependent on chips as electric vehicles grow in popularity and autonomous driving develops. Some carmakers and automotive chip specialists may take more manufacturing in-house. New entrants to the car market, such as Apple, may use their existing negotiating power in chips to gain an advantage, the report says.

The shift to electric cars is boosting investment in lithium-ion batteries. As automakers spend billions to build more electric models in the United States, investors set their sights on firms looking to expand the supply chain for batteries in North America, which has long relied on imports.

Sila Nanotechnologies, a startup that makes silicon anode materials used in batteries, has attracted Wall Street backing and is building a factory in the United States. It is expected to make enough materials to supply batteries in more than 1 million cars annually.

The United States needs to reduce its reliance on China to lower costs and remain competitive, a Fox Business report says. U.S. battery-making capacity is expected to increase in the next decade, rising more than sixfold from 60 gigawatt hours of production in 2020 to about 383 gigawatt hours in 2030, says Benchmark Mineral Intelligence.

While consumer demand may not materialize as expected, increasing U.S. battery production will help automakers and their suppliers lower costs, which will help consumers to adopt electric vehicles more widely, Fox says.

10 Trends on the Road Ahead

Automotive supply chains should keep these 10 trends in mind for 2021 and beyond, Forbes says:

1. Shift to computing power. Every automaker will have to digitize in 2021 as more tech-centric competitors enter the ring. Many automakers will bring software development in-house or even build their own operating systems.

3. Automotive e-commerce. The pandemic has shown consumers how easy it is to buy everything online. Online marketplaces also offer extremely competitive prices. Automakers may turn to digital marketing to attract more test drives, or accept bookings on third-party e-commerce platforms.

4. In-car shopping. Internet of Things platforms, such as in-car marketplaces, will allow consumers to shop from their cars. This will transform the user experience and push the boundaries of personalization.

5. Subscription models. New models, such as vehicle subscriptions, offer flexible contracts, short commitments, and easy vehicle swapping. For subscriptions to be successful, this model should cover not only the premium needs of the market, but also affordability and accessibility for the mass market.

6. In with the old. The growth of used car sales will advance with the rising appeal of online used car retail, which will maintain a compound annual growth rate of 9% until 2025. Demand for used electric and hybrid vehicles will also pick up.

8. Wellness features. From purifying in-vehicle air to seats with massage functionalities, vehicles with health and wellness features will increase at a compound annual growth rate of 25% between 2019 and 2025.

General Motors (GM) plans to phase out all its petroleum-powered cars and trucks and sell only vehicles that have zero tailpipe emissions by 2035. The decision is part of its broader plan to be carbon neutral by 2040, GM says.

Electric cars are the fastest-growing segment of the auto industry, but they still make up only 3% of total global car sales. Sales jumped in 2020 in Europe and China, but they remain niche products in the United States, says a New York Times report.

GM plans to increase the use of renewable energy as well as eliminate or offset emissions from its factories, buildings, vehicles, and other sources. The automaker says it will spend $27 billion during the next five years to introduce 30 electric vehicles, including an electric Hummer pickup truck.

BMW Races Ahead with Quantum Computing

Tracking the pricing and availability of car components from multiple suppliers can be a complex task for traditional computers. To streamline the process, BMW plans to use Honeywell's quantum computing technology to buy parts for its vehicles without disrupting production.

BMW is testing different Honeywell machines to determine which of its components should be purchased from which supplier at what time to ensure the lowest cost while maintaining production schedules.

The automaker says quantum computing could eventually be used to improve battery chemistry in electric vehicles and determine the best places to install charging stations. It could also help streamline manufacturing requirements such as safety and aerodynamics.