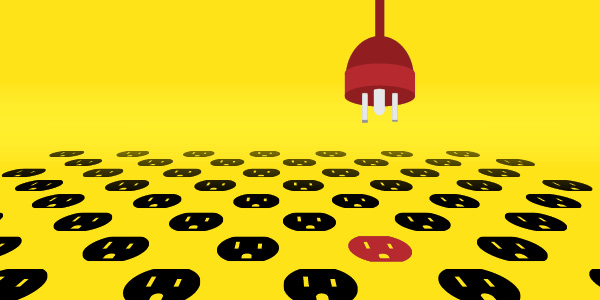 Energy resources often spell the difference between an adequate location and a great one. What better argument for plugging into energy utilities during the site selection process?

When a company starts shopping for a new facility site, its first call might be to a state or local economic development agency. Somewhere along the line, though, it also makes sense to reach out to the people who will be responsible for lighting and heating the building and making the machinery run.

Utilities often play an energetic role in site selection. One reason is that a business planning to open a new facility needs reliable power at a reasonable price. But utilities also bring extensive knowledge to the process, along with a refreshing surge of impartiality.

Energy utilities get involved in economic development because they have a vested interest in helping grow the communities they serve, says Mike Kearney, manager of economic development for St. Louis-based Ameren Corp., which supplies electric and gas services primarily to Missouri and Illinois.

As businesses investigate prospective homes for a new site, a utility can serve as an effective liaison. "Ameren is a neutral party in this process," Kearney says. "The client chooses the sites to consider. Our goal is to provide information that helps our communities put their best foot forward."

But where government organizations don't have a strong presence, utilities may step in to fill the gap.

Either way, utilities offer a unique perspective, in part because of their longevity.

"Utilities are not subject to political changes that often arise in state and local government when a new party takes over," says Smith, who is director of economic development for Duke Energy Ohio and Kentucky. With less turnover, economic development officials at utilities can get to know their communities in depth, and develop solid relationships with all key players.

And their expertise cuts across jurisdictions, a fact that's especially useful to a company looking at multiple states. "Utilities are unbiased when it comes to where a project actually locates—as long as it's in their service territory," Smith says.

Broad geographical reach is one of several advantages that Ameren Corp. brings to the site selection process. A holding company, Ameren straddles the Mississippi River with two major energy subsidiaries. Ameren Illinois, based in Peoria, is a regulated electric and gas delivery company serving three-quarters of the state. Ameren Missouri generates, transmits, and delivers energy to about 1.2 million electric and 126,000 natural gas customers in central and eastern Missouri.

Ameren offers a single point of contact for site selection on both sides of the state line. One of its services is a comprehensive database of available sites and buildings in its territory. To add extra value to that list, "we are trying to pre-screen industrial sites to further qualify them and help accelerate the process," Kearney says.

Another resource Ameren offers is a series of workforce surveys that quantifies the skills, education level, and other attributes available in each community it serves.

Companies enjoy a great deal of choice in Ameren's service region, which includes the large St. Louis metropolitan area and mid-sized cities such as Peoria and Jefferson City. It boasts cities with prominent universities, and a diverse transportation infrastructure encompassing highways, railroads, airports, and barge terminals.

Ameren's operations group works with companies to make sure they get the energy infrastructure they need for their new facilities.

"When companies look for a new site, they're on a fast timetable," Kearney says. "They want to get in and start operating, hassle-free."

"We offer our existing business base the opportunity for facility upgrades that can include lighting, HVAC systems, and geothermal and motor retrofitting projects," says Cheryl Welge, business development executive at Ameren Business and Corporate Services.

"Donnewald utilized the incentive program to install a geothermal cooling system," Welge says. "That project is achieving about 750,000 kilowatt-hours of energy savings each year." Donnewald received approximately $50,000 from the Ameren Illinois Utilities Act On program to help reduce the project's payback period.

In Nebraska, companies also may turn to a utility to help site a facility, or to manage energy costs once a location is chosen.

With a chartered area that includes 91 of Nebraska's 93 counties, Nebraska Public Power District (NPPD) is the state's largest electric utility. It operates as both a wholesaler and a retailer. In some regions, it delivers power directly to business and residential customers; it also supplies power to local utilities operated by 52 towns and 25 rural public power districts and cooperatives.

Companies conducting location searches will find a database of sites and buildings, and a series of community profiles on NPPD's Web site.

"If site selectors have additional questions about a site or community, our team of professional economic developers will work with them confidentially," says Ken Lemke, an economist with NPPD.

Businesses already located in NPPD's service area may work with its energy efficiency team to conduct audits that identify opportunities to reduce energy use. The utility also offers incentives for conservation. One program, for example, helps commercial and industrial facilities cover the cost of upgrading to more energy-efficient lighting systems. Another helps pay to install high-efficiency motors.

In 2010, NPPD spent $215 million on capital projects to enhance reliability, including constructing a new transmission and distribution infrastructure and a new operations center. NPPD also recently received a 20-year extension on the operating license for its Cooper Nuclear Station, and completed its first year as a member of the Southwest Power Pool, a regional organization that coordinates the development of transmission capacity.

To increase reliability, "we have made major investments in upgrading our infrastructure to ensure that the power is there when it's needed, and that we're capable of restoring power if we hit an occasional blip," Lemke says.

NPPD also works to maintain variety in its energy sources, including renewables. The utility currently buys energy from several wind farms and has agreements to buy from multiple facilities due to be constructed.

As for cost, businesses in NPPD's service area benefit from the fact that the utility and its wholesale partners are publicly owned. "Customers receive their dividends through their rates," Lemke says.

In Joplin, Mo., rebuilding after the devastating tornado that struck in May 2011 is top priority. But Joplin is very much open for business, and its utilities play a major role in helping the city move forward.

Empire District Electric Company, an investor-owned utility headquartered in Joplin, serves about 10,000 square miles of territory in southwestern Missouri, southeastern Kansas, northeastern Oklahoma, and northeastern Arkansas. Following the May 22, 2011, tornado, Empire moved quickly to restore power to affected areas, says Rob O'Brian, president of the Joplin Area Chamber of Commerce. "Most of Joplin had its power back within one week," he says.

Over the past five to 10 years, Empire has worked steadily to increase its generation capacity and broaden its array of energy sources. "For example, the utility has added wind energy to its mix," O'Brian notes.

The natural gas utility that serves Joplin also has increased its capacity in recent years. O'Brian cites the city's Crossroads Business and Industrial Park, which stands in an area that previously did not boast a great deal of gas infrastructure. When Joplin's Industrial Development Authority decided to tap a major interstate gas pipeline about three miles away in order to serve the park, Missouri Gas Energy agreed to share the cost of that connection.

"Then, when it came to the main lines inside the park, Missouri Gas installed oversized lines, so the park would have a substantial amount of gas service," O'Brian says.

"Crossroads is connected to the Southern Star gas transport pipeline, and the park was designed to provide the volume of gas that we needed," says Bob Weaver, the company's CFO. "This factored in our site selection process."

One more advantage a utility brings to the site selection process is its ability to streamline the search. As a company starts narrowing its focus to specific sites, a utility partner can screen those locations to determine which ones offer adequate power today, and which are viable candidates for adding extra service capacity in the future.

It's also another powerful argument for plugging into an energy utility.

For information on participating in an Economic Development Supplement, contact James O. Armstrong, 815-334-9945.