USPS Steps Up Its Fleet Game 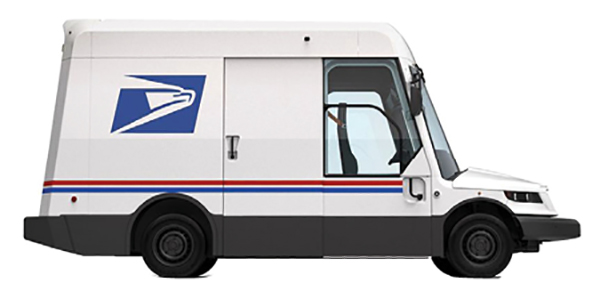 The U.S. Postal Service's next-generation delivery vehicles will appear on carrier routes in 2023.

The U.S. Postal Service (USPS) invested in the most significant modernization of its fleet in three decades. It recently awarded a 10-year contract to Oshkosh Defense to manufacture a new generation of U.S.-built delivery vehicles as part of a multi-billion-dollar effort to replace the entire fleet.

The new vehicles will be equipped with either fuel-efficient internal combustion engines or battery electric powertrains. Oshkosh Defense will assemble 50,000 to 165,000 of the next-generation delivery vehicles (NGDVs) in the next 10 years.

The NGDVs will include AC and heating, improved ergonomics, and advanced technology such as 360-degree cameras. They will also have increased capacity to accommodate higher package volumes resulting from e-commerce growth.