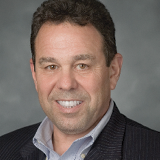 Q: The United States Postal Service (USPS) published changes for shipping lithium batteries. How will that affect my shipments?

A: On Jan. 26, 2015, the USPS published revisions to the domestic mail regulations that more closely align USPS requirements for shipping lithium batteries with those found in both the U.S. DOT and international regulations. The amendments take effect March 2, 2015.

This revision significantly changed the USPS requirements for packages containing standalone lithium cells or batteries, or lithium cells and batteries packed with or contained in equipment. Packages must now be marked and accompanied by a document that indicates: it contains "lithium metal" or "lithium ion" cells/batteries; it is to be handled with care and that a flammability hazard exists if package is damaged; special procedures must be followed in the event the package is damaged; and a telephone number for additional information. A peel away document is authorized, such as Labelmaster's Lithium Battery Peel Away Documents.

The USPS revisions also prohibit the lithium battery handling label for international shipments where only lithium batteries contained in equipment with fewer than two batteries or four cells are permitted. Some companies choose to not take advantage of the package marking exception on packages that do not require them (e.g. a package containing a single laptop computer). These packages will not be authorized for international mail shipments.

Q: How do lithium battery regulations differ when shipping to or from Canada versus the United States?

A: On Dec. 31, 2014, regulations amending the Transport of Dangerous Goods Regulations were published in the Canada Gazette Part II, Vol.148, No.27 as SOR/2014-306. The amendments include significant changes to the Transport of Dangerous Goods Regulations (TDGR) concerning lithium batteries and most will go into effect June 31, 2015. The full text can be viewed here.

Consistent with PHMSA's Final Rule HM-224F, Transport Canada will amend the TDGR to align with international standards (ICAO/UN Recommendations) on the transport of lithium batteries. Changes incorporated into this rule amendment include the following: Aligning with international requirements, such as new requirements for hazard communication (lithium battery handling label and accompanying document, in most cases); revised lithium cell and battery size limitations; and the requirement for the watt-hour rating to be marked on the outside case of lithium ion batteries, the addition of international shipping descriptions and prohibiting lithium metal batteries on passenger aircraft.