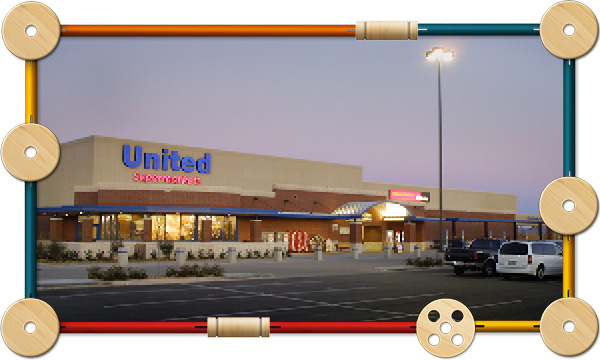 Sustainability has had a pervasive impact across all supply chains in the past few years. Spurred by media exposure, consumer demands to be better global citizens, and corporate mandates to reduce costs, many companies have successfully made a business case for going green and sourcing conscientiously.

One of CSR's hallmarks is transparency, and big-name companies in a range of industries are taking steps in that direction. Technology giant Apple, for example, has become more forthcoming about identifying suppliers, preferring not to share regular headlines with Congolese warlords and conflict minerals. Nestlé partnered with the Fair Labor Association to send independent experts into Ivory Coast cocoa fields to ensure it is complying with child labor laws. Tiffany and Hasbro recently debuted their first-ever CSR reports, and McDonald's launched a mainstream advertising campaign inviting consumers to see where the Big Mac begins.

Smaller enterprises often don't face the same public scrutiny and pressure to invest in sustainability, but many are leveraging their smaller footprints as a platform for introducing sweeping changes inside and outside the organization.

"The primary driving force behind our social responsibility efforts is our ownership family's commitment to doing the right thing," says Eddie Owens, director of communications and public relations for United Supermarkets. "This attitude permeates everything the company does."

United is fourth-generation owned and has been in business for 95 years. The family's values serve as a cornerstone for the way the company operates and engages with the community. United's green efforts include energy conservation within its stores, such as fluorescent lighting in all refrigerated cases; a bring-your-own-bag program; in-store recycling centers; and a Go Green Task Force that promotes cleaner living.

The supermarket's most recent progression signals a full-circle turn as it extends sustainability all the way back to its food sources.

The London-based non-profit develops standards for sustainable fishing and seafood traceability to verify that seafood comes from, and can be traced back to, a sustainable fishery.

"The driving force behind our MSC certification was the personal commitment of Scott Nettles, our business director of market/seafood," says Owens. "A few years ago, Scott learned that some seafood species, such as orange roughy and Chilean sea bass, were threatened."

MSC certification provides assurance that wild fish species are procured responsibly, but that peace of mind comes with an additional cost. Paying a premium for quality products from a certified supplier passes a small price increase, ranging from 50 cents to one dollar per pound, along to consumers.

United sources all its seafood from Albuquerque-based Seattle Fish of New Mexico, which imports product from all over the world. Seattle Fish is also MSC certified, and has demonstrated a market-leading position in sustainable sourcing.

The company has explored supplementing wild-catch fisheries with purchases from responsible aquaculture suppliers, which raise and harvest fresh and saltwater animals for human consumption.

United's role in this chain of custody reveals how CSR compliance can be seeded and nurtured within a tight-knit network that organically expands and touches other parts of that supply chain and, eventually, other industries.

Companies are starting to perceive CSR as an integral force within their supply chains. It offers yet another platform to align disparate functional departments and business partners, tear down walls, and divine and share greater efficiencies and economies. In this manner, CSR becomes rooted throughout the corporate culture. That's a manifestation United Supermarkets can appreciate.

"We expect our vendor partners to uphold United's standards," says Owens. "We choose who we do business with based on their commitment to understanding and respecting our business philosophy."

The Third-Party Integrator's Role in CSR

Corporate social responsibility (CSR) denotes a commitment to integrating responsible practices into daily business operations. Many companies have a handle on consumer-facing efforts to make their operations more sustainable. Complications arise, however, when they work with three-tiered manufacturing and supplier networks in far-flung corners of the world where different value systems prevail.

While a company may observe its own standards and ethics for doing business, it is often difficult to hold global partners equally accountable.

"Many Fortune 100 companies' sustainability programs represent a weak link in their vendor relationships," says Jim Moore, vice president, supply chain solutions, Ryder. "This includes some of the best-known names and brands that are committed to sustainability internally, and present that message to customers. The problem is, they have a gap when taking these same standards back to their supply chains."

Third-party logistics (3PL) service providers such as Ryder have become lynchpins for aligning sustainability standards among shippers and their suppliers. They serve an intermediary role in fuel-consuming and carbon-emitting transportation activities, with influence both upstream and downstream in the supply chain.

"Shippers are increasingly focused on quantifying greenhouse gas emissions, and asking logistics service providers how they can leverage these programs," says Nanci Tellam, group director of environmental services and sustainability, Ryder. "They also want to know how we, as partners, can provide information related to their performance."

Ryder is working with a third-party recycling company to quantify greenhouse gases emitted during automotive waste recycling. This effort is in direct response to Ryder's reporting commitment through the Carbon Disclosure Project, a London-based organization that works with shareholders and corporations to disclose their greenhouse gas emissions.

Some companies are beginning to mandate that logistics service providers such as Ryder account for their green investments.

"We are seeing RFPs that require a description of our sustainability program," notes Moore. "I haven't seen a condition to monetize it yet, but it's becoming a requirement, so service providers have to build their skill and expertise."

A few of Ryder's large customers require reports on the greenhouse gases emitted during transportation. The 3PL is responsible for measuring and reporting the emissions of the upstream and downstream service providers it partners with.

Moore and Tellam expect to see more shippers demand these types of reporting activities and a shared pledge to reduce emissions and conserve fuel.

Conversely, Ryder will also be pushing out demand as it rates vendors and suggests areas for improvement.

"Some vendors we have pushed on the issue of environmental sustainability by asking them to quantify their metrics have thanked us for requiring that extra effort because their customers are now asking for the same data," explains Tellam.