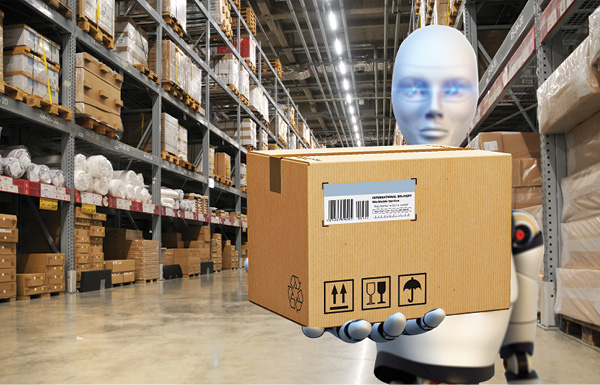 Robots Coming Soon to A Warehouse Near You

Even with the rise of the Internet of Things and the advancement of automation technologies, 80 percent of global logistics facilities still operate manually, according to Robotics in Logistics, a report by Deutsche Post DHL. But the time for robots in logistics is upon us.

"Robots work in many industries, but haven't made an impact on logistics yet because of the complexity of the work—handling a wide array of different things in an infinite number of combinations, close to people and in confined spaces," says Matthias Heutger, senior vice president of strategy, marketing, and innovation at DHL Customer Solutions & Innovation. "Recently, however, technology is starting to catch up to meet demands for flexible and low-cost robots that could collaboratively work in logistics."

Even with the prevalence of automation and robotics technologies at use in factories, robots working in the warehouse might still seem like something straight out of a science fiction movie. But a new generation of robots will soon work alongside human laborers at precision tasks, and supplement a shrinking warehouse workforce that's trying to keep up with the growth of e-commerce.

Robots are in development for a number of logistics-related tasks, according to the DHL report. These include loading and unloading trucks, picking orders, packaging, inventory management, shipping, and last-mile deliveries. Deutsche Post is already testing robots that help workers carry and deliver heavy packages on its postal service delivery routes.

Some in the logistics sector are concerned that robots will make human labor obsolete, but the report specifies that these technologies are being designed to assist and supplement human workers. "Warehouse workers will be given more responsibility and higher-level tasks such as managing operations, coordinating flows, fixing robots, and handling exceptions or difficult orders," the report states.

The annualized turnover rate for large truckload fleets rose two percentage points in the fourth quarter of 2015 to 102 percent, the second straight quarter it was at least 100 percent and the first such streak since 2012, according to the American Trucking Associations (ATA), the largest national trade association for the trucking industry.

The turnover rate at small truckload carriers—fleets with less than $30 million in annual revenue—surged 21 points to 89 percent in the final quarter of 2015. Despite this surge, churn at smaller fleets is still six points lower than during the fourth quarter of 2014 and averaged just 79 percent.

"The rising turnover rate, coupled with anecdotal reports from carriers, shows what a premium there is on experienced, safe drivers," Costello says. "And those drivers have, and will continue to benefit from, rising wages and benefits."

The turnover rate at less-than-truckload carriers rose one point to 11 percent in the final quarter, and averaged 11 percent for all of 2015.

Investment in Warehouse IT to Accelerate by 2020

Consumer expectations will drive companies to increase investments in warehousing IT and operational functions over the next four years as manufacturing and logistics companies continue to adjust to delivering directly to consumers.

That's according to the results of Zebra Technologies Corporation's latest Warehouse Vision Study, which compares input from 1,378 IT and operations warehouse professionals in 12 countries on expectations in 2015 versus 2020.

Among the survey findings: 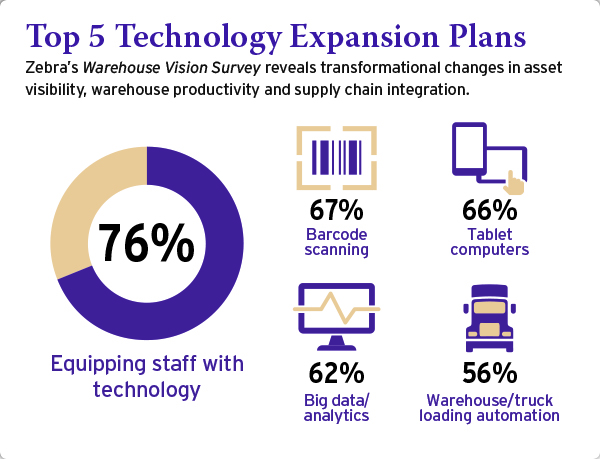 "IT and operations decision makers in warehouses and distribution centers consistently need to identify new ways to improve productivity and reduce costs to remain competitive," says Mark Wheeler, director, warehouse solutions, Zebra Technologies. "Fulfillment is an integral part of the customer value chain and investment in technology and innovation in this area can go far to improve a customer's experience.

"Nearly half of survey respondents indicate a concern about labor performance in the order, pick, and fulfillment process," he adds. "We see this as an enormous area of opportunity: Providing workers with the tools they need to do their jobs accurately and productively will help companies meet and exceed customer expectations for accuracy and on-time delivery."

Sleepy Truckers Get a Wake-up Call

An ongoing debate about the risks of obstructive sleep apnea (OSA) and driver fatigue may finally be put to bed. More than 72,000 crashes are the direct result of driver fatigue each year according to the National Highway Safety Traffic Administration. OSA affects 22 million Americans, so it's reasonable to assume that a percentage of truckers suffer from the disorder as well.

The Federal Railroad Administration (FRA) and Federal Motor Carrier Safety Administration (FMCSA) are finally taking a stand and proposing rules to force all truck, bus, and train operators to be tested for the disorder. "It is imperative for everyone's safety that commercial motor vehicle drivers and train operators be fully focused and immediately responsive at all times," said U.S. Transportation Secretary Anthony Foxx in a public statement.

Eight hours of sleep for individuals with OSA can be less refreshing than four hours of ordinary sleep, according to the American Academy of Sleep Medicine. And truckers with untreated OSA are five times more likely to be involved in serious or fatal crashes, according to a University of Minnesota study.

FMCSA has appealed to the trucking and rail industries to provide comments to inform future decision-making on the issue. "The collection and analysis of sound data on the impact of OSA must be our immediate first step," said FMCSA Acting Administrator Scott Darling in a public statement. "We call upon the public to help us better understand the prevalence of OSA among commercial truck and bus drivers, as well as the safety and economic impacts on the truck and bus industries."

The global economy is mostly linear. We dig resources out of the ground, and turn them into products that are sold, used, and dumped in landfills. But there has been a growing business movement toward a circular economy in recent years, according to The Growth of the Circular Economy, a joint study by UPS and GreenBiz. 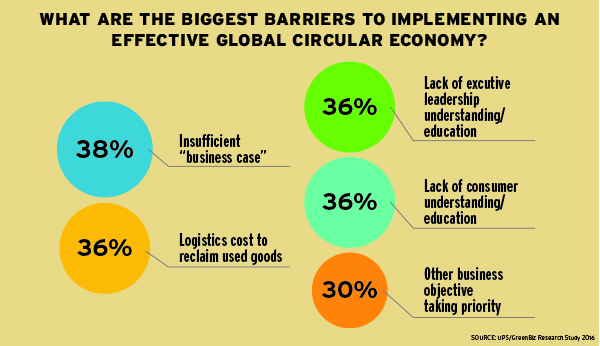 Nearly nine out of 10, or 86 percent, of sustainability executives surveyed believe that a circular economy will be important to their business two years from now, according to the report. The circular economic model strives to keep resources in play as long as possible through recycling and reuse, and the supply chain will play a key role in making circular economies a reality. A strong effort to make the last mile more sustainable has already been made, but a focus on the "first mile" is important as well, the report says.

"Focusing on 'first mile' logistics is crucial to helping businesses implement a cost-effective circular economy," says Ed Rogers, UPS senior director of global sustainability. "UPS partners with customers to implement seamless take-back systems that include turnkey packaging, pickup services, and pre-paid return labels. Taken together, all of these assist in the reverse logistics processes needed for a successful circular economy."

Companies considering the adoption of circular practices will need to change up their business models accordingly. Recovered waste and recycled materials represent only a small fraction of current manufacturing materials in most industries, so supply chain professionals would need to redesign material inputs to include these more sustainable options. This might include redesigning products or exploring innovative methods for reusing materials.

The circular economy isn't going to take the world by storm next week, or even next year. But as consumers continue to demand that the companies they buy from go green, more logistics and supply chain executives will begin to examine the benefits of such a system.