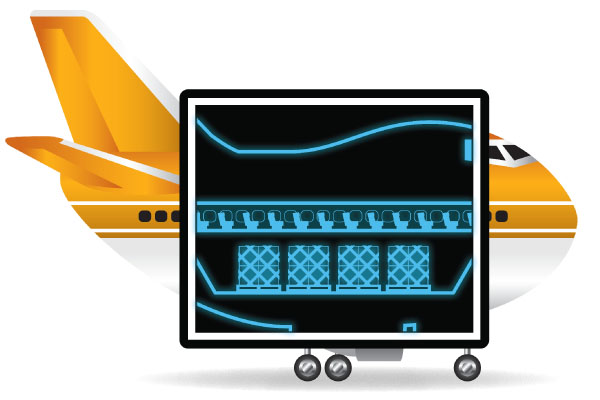 100% Screening Deadline Up in the Air

“Unless TSA and, more broadly, the entire U.S. government, focuses the necessary resources on reviewing the process and timeline by which foreign security programs are validated and placed into the TSA’s National Cargo Security Program (NCSP), we will face some significant disruptions to the global supply chain,” says Neel Shah, senior vice president and chief cargo officer for Delta Air Lines and a TIACA board member.

“It’s critical that we get more foreign programs certified into the NCSP in the next few months— especially if TSA is considering an accelerated deadline for 100-percent inbound screening,” he adds.

The transportation management systems (TMS) market has bounced back after the global recession, according to Transportation Management Systems Worldwide Outlook, a report by ARC Advisory Group, a Dedham, Mass.-based consultancy. In 2010, the sector grew significantly faster than the rate of inflation, and is forecast to continue growing through 2015.

“Multi-tenant solutions that leverage the network remain a key growth driver for this market,” reports Steve Banker, service director for supply chain management at the ARC Advisory Group, and principal author of the study.

Some TMS market players, however, disagree about whether multi-tenant solutions are as functionally rich and robust as traditional behind-the-firewall solutions. And, with intellectual privacy and Internet security a probing issue these days, concerns regarding hosted solutions might become more prevalent.

As yet another sign that North American railroads are reaching beyond their captive comfort zone to invest in intermodal equipment and attract new shippers, CN recently acquired more than 1,000 domestic containers to improve service to grocery and consumer goods manufacturers and distributors across Canada.

Shippers such as global food company Heinz, in turn, value the specialized service capabilities that make transitioning to rail/intermodal a palatable option— especially as capacity tightens and transportation costs rise.

Truckers On the Up and Up

Evidence that the steep and winding road motor freight carriers have been treading on for the past three years is flattening and straightening continues to build. To point: 92 percent of carriers expect volume increases in the next 12 months, according to Transport Capital Partners’ (TCP) First Quarter Business Expectations Survey.

“This topped all prior quarters surveyed,” says Richard Mikes, TCP partner. “And, for the first time, not one surveyed carrier expected a decrease.”

Furthermore, 91 percent of polled carriers anticipate rate increases in the year ahead. As volumes rise and no new capacity comes online, truck pricing will continue to inflate with the costs of fuel, tires, new equipment, and drivers— swinging the pendulum away from shippers to truckers.

Amazon is finding site selection a tougher sell these days. After its distribution center exodus from Texas over sales tax reparations and legal wrangling in early 2011 (see Inbound Logistics, March 2011), the online retailer has pulled out of South Carolina after losing a legislative showdown on a sales tax collection exemption for opening a DC in the state. Company officials immediately halted plans to equip and staff a one-million-square-foot building already under construction.

Amazon has made a fast habit of picking up and going elsewhere if state economic development authorities and comptrollers try to play hardball over sales tax and exemptions. Too many other states are willing to make concessions in an effort to create new jobs. The stigma attached to butting heads with Amazon also becomes a potential deterrent to other large site-selecting suitors —as much as luring Amazon becomes an economic development magnet.

Others see Texas’ and South Carolina’s hard-line stances as a win for smaller brick-and-mortar merchants and companies perceived to be at a competitive economic disadvantage. Some state lawmakers are looking at introducing federal legislation that would make the playing field “less pitched.”

For instance, Senator Dick Durbin (D-Ill.) intends to introduce a bill that would force online retailers to collect local sales tax for online purchases. Currently, U.S. Internet consumers don’t always pay the same taxes as they do when buying products from retail stores.

Durbin’s Main Street Fairness Act, a doppelganger to legislation previously introduced in 2010, is joined by a number of other smaller measures percolating at the state level. California, for example, has an e-fairness law on the docket —AB 153 —that follows New York’s existing “Amazon Bill.”

As long as online sales tax remains a state issue, companies such as Amazon will locate where the burden is less. For U.S. businesses, the current Amazon situation offers yet another reminder of the due diligence and forward planning necessary when identifying manufacturing, distribution, and retail operations —weighing transportation and labor costs, as well as ancillary factors such as sales tax and a location’s resume of past successes and failures.