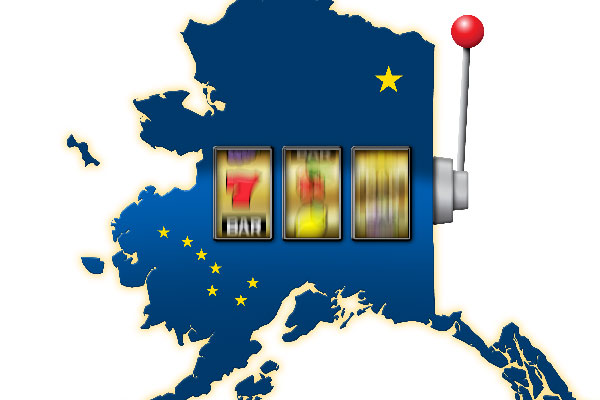 America's Last Frontier could be on the edge of a new front for global trade if Congressman Don Young's (R-AK) vision for an arctic port becomes reality.

Alaska, which is wild by nature, also has a reputation for bringing impetuous infrastructure projects to the table—for example, the much-maligned "Bridge to Nowhere" (sponsored by Young) and numerous efforts to relocate the state capitol. Young's vision for an arctic deep-water seaport may be yet another pipe dream—or it may become the dream cargo pipeline of the future, greatly reducing transportation times between Asia and North America.

The Arctic Deep Water Sea Port Act (H.R. 4576), introduced to Congress as a complement to Senator Lisa Murkowski's (R-AK) legislation in December 2009, proposes a report on the feasibility of establishing a port in the Arctic to protect and advance strategic U.S. interests within the region. A two-year study will determine what strategic capabilities such a facility should provide, as well as identify the most favorable location within Alaska.

"The United States is an Arctic nation because of Alaska, and Alaska will provide the gateway to our nation's future," explains Young. "We have the opportunity now to address the prospects of industry years down the road and how we can use changing arctic conditions to our advantage.

"Now is the time to invest in our infrastructure and lay the groundwork," he adds. "As other countries develop interests in this region, we need to ensure the protection of U.S. interests and make moves now to lay our claim."

Young's ambition exposes a larger need for transportation vision that capitalizes on immediate demand. As far-fetched as this proposal may be, there is precedent elsewhere in North America and around the globe.

Manitoba, Canada, has the Port of Churchill, on the Hudson Bay's west coast, which serves as an important hub for grain exports. The Port of Murmansk in Russia's northwest is arguably the most important axis for arctic trade.

Developed during World War I to support military installations and movements, today the facility is largely tied to the country's oil industry. If you look at a flat rendering of the world with the North Pole fixed in the center, Alaska is naturally positioned as a third distribution nexus along the Arctic Circle.

Moreover, for all the speculation about global warming, if arctic icecaps recede significantly as some climatologists predict, they will open up the Northwest Passage to more freight transportation. In 2009, Beluga Shipping, a German heavy-lift ocean carrier, became the first non-Russian company to move freight on a commercial vessel through the Northern Sea Route from Asia to Europe, reducing transit time by 3,000 nautical miles and 10 days.

Creating a new corridor between Asia and North America promises similar efficiencies and cost savings. The ports of Churchill and Murmansk have already executed on speculative plans to build a cargo bridge between the two continents.

There is also growing demand for an arctic port, as Young pointedly references. The race for oil reserves under the northern ice is well underway, and will serve as a stimulus for infrastructure investment and development as the United States stakes its claim along with Canada and Russia. Heavy-lift port capabilities will facilitate bringing in equipment to support exploration and drilling.

Wild ideas are the norm in a state where moving goods requires out-of-this-world innovation and execution, mixing modes, preparing contingencies, and managing exceptions. But Alaska has a pedigree for distribution and logistics, too. Ted Stevens Anchorage International Airport is a transpacific airfreight oasis, ranking fifth in the world in terms of total landed tonnage.

But location is the state's real wild card and Alaska may very well be onto something—building an arctic bridge to somewhere.

The best way to manage consumer variability is to calibrate a supply chain that can quickly capture and respond to demand signals, according to a recent report from Aberdeen Group, Demand Management: Enabling Sell Side Collaboration to Improve Sales Revenue.

"Traditional approaches of solely focusing on being demand-driven from a planning perspective are not adequate. Companies need to balance demand planning with short-term responsive strategies," he adds.

Forecasting demand, especially when consumers are more selective about the products they buy, is rife with uncertainty. Planning is only as good as a company's ability to adapt to changes in the market and tie back-end supply chain functions to customer-facing point-of-sale data.

1. The accuracy of product family-level forecasts.

Top-performing companies achieve markedly improved performance across these measures, and that has a significant impact on business results.

Between top-performing enterprises and their peers, there are some notable differences in the tools they use for demand management, according to the report. Specifically, high-performing companies are 1.6 times more likely to utilize a best-of-breed solution, and are 30 percent less likely to use manual spreadsheets to solve demand management problems.

Apart from technology adoption, demand-driven companies are more likely to create a single forecast with input from multiple roles in the company, which allows them to fold product promotions and other demand-shaping activity into forecasts.

With the passing of John Ruan, 96, on Feb. 13, 2010, shippers and carriers lost one of the pioneers of bulk-freight transportation. His signature bow ties were matched by an Iowan work ethic that helped haul freight through the Great Depression and pave the way for Ruan Transportation, a Des Moines, Iowa-based provider of dedicated contract carriage, logistics, and bulk transportation services.

Beyond trucking, Ruan's passion for humanitarian causes crystallized with his patronage of the World Food Prize. The foundation and award recognize the achievements of individuals who improve the quality and availability of food worldwide, while raising awareness of the importance of sustainable food sources for all people.

From trucking icon to civic beacon, John Ruan was a true Renaissance man.

Global expediters can thank fickle consumers for an uptick in business. A surge in e-commerce flows has given the express transportation market a welcome reprieve as it climbs out of current economic doldrums, according to research by Datamonitor, a London-headquartered market analysis company.

A strong fourth quarter, sustained by online holiday business, has allowed e-tailers to capture increasing market share from brick-and-mortar competitors and aggressively discount products and shipping charges. A spike in home deliveries is benefiting post offices and courier services around the world, despite an otherwise difficult trade environment.

Indicative of this turnaround, both UPS and FedEx have announced rate hikes for their home delivery offerings in the United States.

"The rate hikes offer UPS and FedEx the opportunity to climb out of a situation of generally weak demand and downward pressure on prices," explains Datamonitor's senior analyst Erik van Baaren.

A similar trend is occurring elsewhere around the globe. For example, Dutch express carrier TNT has shifted its focus to home delivery. Beginning in the Netherlands, the company has announced partnership agreements with large retailers to help them establish an online presence in Europe.

TNT is tailoring specialized delivery solutions—such as billing, technology, logistics, and marketing functions—to accommodate high-end retailers. Its objective is to expand services beyond simple parcel delivery to include a full-scale service portfolio that targets returns as well.

Datamonitor expects cross-border business-to-consumer volumes in Europe to track positively for the near term. Combined with demographic changes, enhanced Web sites, and more consumers looking for online bargains, the express market is predicted to remain on an upswing.

A Fork in the Railroad

There's a captive audience on Capitol Hill—and it includes politicians, shippers, and railroads. Senator Jay Rockefeller's (D-W.Va.) introduction of the long-awaited Surface Transportation Board Reauthorization Act of 2009 late last year has stirred up some dust about the future of rail transportation in the United States.

Among other things, the proposed legislation would make the Surface Transportation Board an independent authority sanctioned to mediate disputes between railroads and shippers, as well as monitor operational performance on the tracks. Traditional rail shippers welcome increased oversight and leverage from the government, while carriers view new regulation as a step back in time and an impediment to future growth.

It's a divisive topic that is drawing plenty of opinions. Here's what some major players on both sides of the rail are saying:

"We have worked hard to address shippers' long-standing complaints, and to strengthen and reform the Surface Transportation Board, but we have been committed to doing so in a way that uses old-fashioned competition to strengthen the railroad industry. We very much want the railroads to be successful as a critical transportation mode for the 21st century—the fastest, cleanest, and most efficient method we have of moving goods in every sector across the country and around the world. But we believe the playing field must be level."

—Senator Jay Rockefeller (D-W.Va.), sponsor of the Surface Transportation Board Reauthorization Act of 2009

We're concerned about actual and threatened federal regulations and mandates that will, without a doubt, cut investment in critical freight systems. We will continue to press key policy makers in the Senate and eventually in the House. Let's make sure we continue to have that ability to invest."

"This bill would be the most significant rewrite of the railroad industry's regulatory system in the last three decades. Under the bill, Class I railroads would be required to open their privately owned and maintained rail networks and would face vastly expanded government involvement in railroad operations."

Senator Rockefeller asserted effective leadership on this important legislation, and the result is a bipartisan, fair compromise that balances the competitive interests of the nation's railroads and their customers. The NITL wants a strong, healthy rail industry that will move the nation's commerce efficiently in an enhanced competitive environment. This is a major step in that direction."

"Nearly 30 years have passed since passage of the Staggers Act, and our nation needs new rail transportation policy to reflect the reality of the marketplace in the 21st century for both railroads and the shipping community."