The Name's the Same, But It's a Different Game

There's a new player in the electric vehicle market. By its name, Nikola Motor Company may seem a carbon copy of rival Tesla Motors (both are named after engineer, physicist, and inventor Nikola Tesla), but the vehicles Nikola wants to make are bigger in scope. Literally.

Nikola wants to produce the first electric big rig. The company claims its 2,000-horsepower class 8 semi-truck will have a range of 1,200 miles and will never need to charge because a compressed natural gas (CNG) turbine will charge the battery while the vehicle is in motion.

Critics are skeptical of more than the company's name. Nikola is taking $1,500 pre-orders for its $375,000 Nikola One semi, and $750 deposits for a smaller, 520-horsepower off-road vehicle called the Nikola Zero. Detractors say these deposits won't provide enough starting capital to successfully manufacture the vehicles.

If the trucks become a reality, however, fuel savings might enable owner-operators to compete with larger fleets.

"We want to even the playing field and income inequalities seen between owner operators and fleets for the first time in recent trucking history," says Trevor Milton, founder and CEO of Nikola Motor Company. "This is just the beginning of what's ahead for America, our company, and the electric vehicle market."

While some believe that Nikola may be overreaching, the increase in the number of operating CNG-powered fleets in the United States over the past five years bodes well as it shows a clear demand for a cleaner class 8 vehicle. Nikola also wants to establish a nationwide network to support its cleaner truck.

"The fuel will be delivered through Nikola's own gas wells and fueling stations in every state when trucks enter service," Milton says. "We will be the first manufacturer of class 8 trucks that is vertically integrated from well to wheel."

With customers demanding more sustainability, and supply chains becoming increasingly transparent, getting Nikola's design on the road could go a long way toward shrinking a whole lot of carbon footprints.

Carriers Face Challenges Down The Road

Although most truckload irregular and dedicated fleets significantly improved financial performance—with twice the number of irregular and nearly three times as many dedicated carriers reporting healthier operating ratios—those gains were driven almost exclusively by rate increases. Utilization, another fundamental contributor to profitability, declined for many fleets over the same period.

Among the insights the survey addresses:

The leading transportation service providers will be those that identify and resolve operational inefficiencies through investments in technology, process optimization, and increased business intelligence, according to the TMW survey. These investments are best made now, when demand remains strong and interest rates are historically low.

Life in the FASTLANE

In 2016, the U.S. Department of Transportation (USDOT) received 212 applications, totaling more than $9.8 billion in funding requests, for FASTLANE grants. FASTLANE (Fostering Advancements in Shipping and Transportation for the Long-term Achievement of National Efficiencies) grants fall under the Fixing America's Surface Transportation (FAST) Act, which approved only $800 million for transportation projects during fiscal 2016.

USDOT will give special consideration to projects aimed at reducing congestion on the nation's highways, and multimodal projects that will increase freight movement efficiency.

"Our nation needs a strong multimodal freight system to both compete in the global economy and meet the needs of consumers and industry," said U.S. Transportation Secretary Anthony Foxx in a press statement. "We now have an opportunity to fund high-impact projects that address key challenges affecting the movement of people and freight."

The NSFHP program is authorized to spend $4.5 billion on infrastructure projects through 2020. 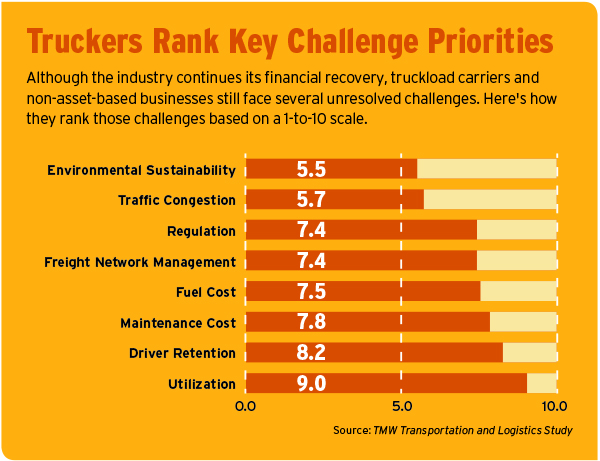