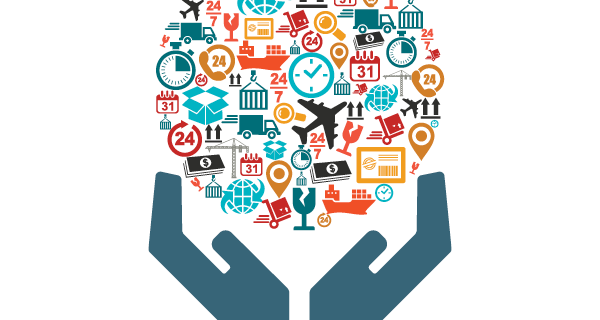 Getting Demand Forecasting in Hand

In the demand-driven logistics domain, forecasting is king. Companies that are best able to predict sputters and spikes, then react and execute against those signals, will gain a competitive advantage. But given today's market uncertainty—the economy, consumer purchasing power and appetite for new products, sliding holiday seasonality, and emerging omni-channel challenges—demand forecasting is no simple task.

SKU proliferation only adds to the problem by creating more complexity upstream in the supply chain. This reality is underscored in Terra Technology's 2013 Forecasting Benchmark Study, which surveys demand-planning performance among 11 multinational consumer products organizations.

Inbound Logistics recently met with Robert Byrne, CEO of Terra Technology, to talk about the study and some trends shaping demand-forecasting dynamics.

Q: What market pressures make forecasting so 'unpredictable' and challenging?

The major problem, at least in consumer products, is innovation. Many CEOs see innovation as a growth strategy. We're not seeing a lot of growth, but we are seeing 23 percent more items (SKUs) than four years ago. That's a staggering increase with sales up only slightly. These SKUs are mostly new items—one-third have been created in the past two years—so they're much harder to predict because no history exists.

The other challenge is the Internet—the consumer's ability to compare prices and buy online. Demand is getting less geographic than it used to be. The average volume per item is down 17 percent, so manufacturers and retailers are slicing customer demand in more ways. They're not selling 23 percent more 'stuff.'

Q: Many manufacturers and retailers are still trying to feel their way around e-commerce and omni-channel management—especially how it impacts demand. Will we reach a point where companies are better able to get a handle on forecasting, or is this level of unpredictability a new normal?

It's a little of both. Marketing will continue to press for innovation, and I don't see that slowing down. Retailers want products that are specific to them—some of the grocery chains and Walmart want more exclusive products.

On the other hand, there is more of what I call automated unilateral collaboration. Manufacturers are leaning forward trying to understand and predict what retailers are going to do. This helps because it allows manufacturers more control over product flow to retailers. It's a great opportunity to improve how forecasting works.

Q: Where do companies most often err when it comes to forecasting?

Companies most often fail with sales and operations planning, or integrated business planning to control factors such as bias. New items and promotions create staggering amounts of bias in some companies. Inevitably, that leads to over-production, leftover product, and less space to store inventory. It's a process failure in that sense.

Q: Does big data contribute to this problem?

It's an area where the applications are only the tip of the iceberg. It reminds me of Y2K, when companies implemented new ERP systems and had clean, unified data. Then they were surprised when systems weren't optimized and they had to buy new supply chain software.

Here's another example: A company says it has 70 percent of sales covered in its data warehouse. But what are they going to do with it? People are beginning to grapple with the 'where is my ROI?' question. To date, companies haven't taken a structured and comprehensive approach to big data; it has been more anecdotal: "This customer is looking at these items." Companies will need more technology because they simply don't have enough analysts to look at data.

Q: Over the past few years, we've seen retail peak season change with the weather. Let's make a forecast: What can we expect over the next few years?

Peak season is a lot like SKU proliferation. Stores are opening on Thanksgiving now; one retailer started its Black Friday sale on Tuesday. Whenever one retailer starts something new, another will try to beat it.

I predict peaks will continue to get lower, and demand patterns will spread out more. Much of this is due to marketing fighting for incremental sales and shares. That said, I'm not convinced this strategy will actually drive revenue.

Companies have been focused on being demand-driven for a while. Still, a lot of confusion surrounds what that actually means. Demand-driven logistics suggests two things: First, shortening supply lead times—not having a six-week frozen schedule, but rather a one-week or one-day frozen schedule; and second, improving demand signal quality.

The shorter the lead times, the faster a company can act, and the more accurately it can forecast. It cuts down on all the supply chain noise.

Technology plays a big part in this transformation, because companies can't realistically staff to a point where they have enough forecasters to publish a schedule like this every day for every item at every location—while at the same time monitoring everything retailers are doing and reflecting that in the forecast. It's impossible.

Q: What's the next step companies are working toward with regard to demand forecasting?

Forecasting is traditionally just a seasonal model. You sell more hot dogs in the summer, sweaters in the winter. It stands to reason that if you feed your forecasting system all your different demand signals—channel inventory, point-of-sales data, macroeconomic factors—it will come up with the most likely amount of demand. That's the promise of demand sensing. Twelve different demand signals can go in, and a very accurate forecast comes back. That's where it's going from the technology side.

So manufacturers will be taking more control over the retailer supply chain. They have a stronger interest in on-shelf availability than retailers do for their particular product.

One problem trucking industry advocates raised after the Federal Motor Carrier Safety Administration's amended Hours-of-Service (HOS) regulations entered into force in July 2013 was the government's failure to properly study the ramifications of such a ruling—a provision that had been laid out in the Obama Administration's MAP-21 Act.

Now the American Transportation Research Institute (ATRI) has taken up the gauntlet. The Arlington, Va.-based research organization recently released findings from its analysis of HOS operational and economic impacts—specifically the provisions that limit use of the 34-hour restart, and require a rest break before driving after eight hours on duty.

"We anticipated significant impacts on our operations and across the entire supply chain from the new rules, and our experience is bearing that out," notes Kevin Burch, president of Jet Express, a Dayton, Ohio, trucking company.

"ATRI's analysis clearly documents the productivity impacts and real financial costs borne by carriers and drivers," he adds. "It's only a matter of time before these impacts ripple throughout the nation's economy."

Meanwhile, Congress has inserted itself back into proceedings. A bill sponsored by Sen. Kelly Ayotte (R-NH) and Sen. Mike Johanns (R-Neb.) was introduced in the Senate on Dec. 20, 2013. If enacted, the TRUE Safety Act would:

The change in HOS rules will have a marked impact on shippers: it will take longer to transport products and force more truckers on the road, suggests a new study from the Global Supply Chain Institute at the University of Tennessee-Knoxville.

Fifty-eight percent of the 417 companies surveyed expect an increase in carrier rates—a cost that will eventually be passed along to customers.

"In this economy, companies won't want to damage relationships with customers by raising prices," says Mary Holcomb, an associate professor and the study's author. "Carriers may be unable to absorb these increased costs, so companies will have to improve operations to minimize their impact."

The new initiative streamlines and merges two existing protocols—the National Plan to Achieve Maritime Domain Awareness and the Global Maritime Intelligence Integration Plan—both of which were published in 2005.

The new plan places emphasis on public-private collaboration to address maritime security concerns, as well as improving shared-information capabilities between the two sectors.

To illuminate manufacturing and supply chain trends for 2014, Framingham, Mass.-based market advisory firm IDC Manufacturing Insights hosted a web conference with industry thought leaders. Their predictions are aimed at helping companies capitalize on emerging market opportunities, and plan for future growth. The top 10 predictions for 2014 are:

3. Operational resiliency will be the focus of supply chain strategies in 2014 and beyond.

5. The modernization of the underlying B2B-commerce backbone becomes an investment priority for IT.

7. On the way toward the factory of the future, 2014 will set the stage for a new manufacturing renaissance.

9. "Servitization optimization" will be core to future profitable revenue growth, and leading manufacturers will make the necessary investments to enable these strategies.

10. Plant floor IT investments will continue to become a higher share of the overall technology investment portfolio.

5 Tips for Mapping Your Supply Chain

With natural disasters, corporate responsibility issues, and health and safety failures increasing, mapping the supply chain down through every tier is the only way to mitigate a growing burden of risk.

To avoid the pitfalls, follow these five tips for mapping your supply chain:

Mining data might turn into a bonanza for logistics service providers, according to a recent report by DHL. The information logistics companies collect to deliver product could enable them to become search engines.

"Data offers huge potential for new business models, among other things," he adds. "That allows logistics companies to become search engines for users from every conceivable field."

Before big data has a pervasive influence in the logistics industry, however, DHL cautions that some important issues—including data quality, privacy, and technical feasibility—must be addressed.

Big data could become a game-changer for logistics. In a recent study on supply chain trends, 60 percent of respondents say they are planning to invest in big data analytics within the next five years.

"I don't think I've ever seen this before, and I've been a transportation pricing analyst for decades."

That's DAT Industry Pricing Analyst Mark Montague's assessment of the 2013 Christmas-week spike in spot market demand for vans, and overall solid year-end performance for flatbeds and reefers as well. Freight rates, which are usually strong in the second half of the year due to holiday seasonality, tapered off after Thanksgiving but remained high. Then, in the lead up to Christmas, the national average for vans hit $1.95 per mile, which caught observers by surprise.

Why the anomaly? Montague tells Inbound Logistics it was the creation of a perfect storm.

"The holdback following the government shutdown in October 2013, and concerns about how long it would last, was a contributing factor," he explains. "Coming out of that, contingency plans and fears were allayed, which released pent-up demand.

"At the same time, we had a good industrial background and a late Christmas push because of Thanksgiving's timing," Montague adds. "Winter weather also came into play."

Trade volume and spot market demand have been riding a steady pattern since June, instead of dropping off in the third quarter, adds Peggy Dorf, senior analyst for DAT, the Portland Ore.-based freight marketplace platform and information provider. "It stayed at a high plateau all the way through until December," she says.

Better-performing industrial and agricultural bases later in the year impacted capacity and pricing trends. Construction had a solid November, automotive has rebounded, railroads are moving record amounts of frac sand and stone, and grains have recovered substantially since 2012.

"We've seen stronger reefer numbers from a lot of markets such as Sioux Falls, S.D.; Omaha, Neb.; and Lubbock, Texas, which are known for meat production," Montague says. "There were late potatoes in the Red River Valley of North Dakota and Minnesota, as well as Center, Colo."

As companies saw positive signs during the last quarter of 2013, and with the threat of inflation in 2014, many began pre-buying inventory—which similarly affected freight activity. Recent DAT intelligence suggests capacity will remain tight and rates high moving into the new year.

Everyone was caught off guard. "I have a friend who manages inventory for a consumer goods packaging company. Business was soft and it was looking at layoffs in November," says Montague. "Next thing you know, business picked up, and it couldn't get enough product out the door.

"The conditions were there," he says. "It was a perfect combination of elements."