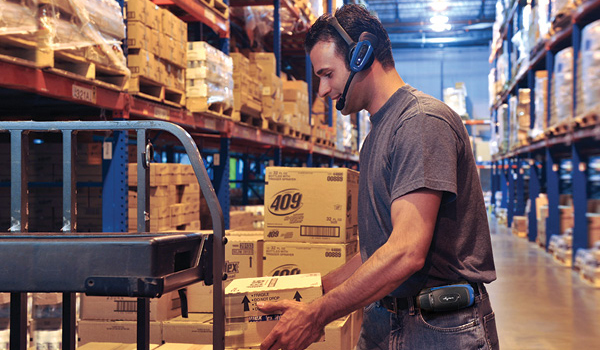 Distribution centers are currently losing an average of more than $400,000 annually to picking errors, the survey finds. In response, approximately 90 percent of survey respondents—IT decision makers from the United States, United Kingdom, France, and Germany—intend to purchase new mobile and voice-directed technology for their distribution centers by 2020.

"With the rise of e-commerce purchases, customers expect their items to get to them faster than ever," says Bruce Stubbs, director of industry marketing, Honeywell Sensing and Productivity Solutions. "Mobile and voice technology allows for a streamlined picking process, so that customers' orders are fulfilled and delivered to them faster than before."

In addition to reducing costs and errors, the technology also ensures that distribution centers have the data capture and asset tracking systems they need to improve their omni-channel processes, whether they are fulfilling orders from retailers or online consumers.

Procurement decision makers in the United Kingdom, Europe, and North America use savings tracking and spend analytics technologies more than any other technological application, according to the third set of results from Xchanging's 2015 Global Procurement Study. The London-based business technology and services provider's survey focuses on the ways in which various technologies, along with technology investments, may soon transform the procurement industry.

While savings tracking and spend analytics technologies are currently implemented by 77 percent and 76 percent, respectively, of the 830 survey participants, two other technologies—predictive analytics and the Internet of Things (IoT)—will likely revolutionize the industry in the short term. Nearly 80 percent of survey respondents believe they will both have an impact shortly.

"Predictive analytics will drive a far more strategic approach to sourcing, while also creating further opportunities for automation to increase accuracy and efficiency," says Luke Spikes, CEO, Global Supply Chain Analytics, Xchanging. "On the other hand, because the supply chain landscape is increasingly global, IoT can enable businesses to track the exact whereabouts and condition of goods in transit, automatically monitor inventory levels, and remove human error from the process."

"Procurement leaders ignore technology-driven progress at their peril," Spikes notes. "If they don't seize the opportunity, they will quickly fall behind their competitors.

"By using them to their full advantage, and becoming fully educated about their processes, procurement leaders can enhance the performances of their organizations and increase their bottom lines," he adds.

Freight Brokerage in the Palm of Your Hand

The trucking industry logs nearly 20 billion "empty miles" each year. This waste of mileage has a detrimental impact on North America's trucking and freight logistics market, and leads to high operating costs and a lack of resource productivity.

By streamlining the freight brokerage process, mobile technology is anticipated to ease the trucking industry's current inefficiencies by reducing operating costs; improving communication and visibility for all trucking professionals, from top to bottom; and enhancing the productivity of resources, including fuel.

"Mobile-based brokering also aims to provide flexibility to fleets—with the ability to access all freight information and transparency from freight pickup to drop-off, all in the palms of their hands," says Wallace Lau, senior industry analyst for Frost & Sullivan's Automotive and Transportation Practice. "It also helps automate processes such as dispatch, load finding, delivery status, and driver payment."

Traditional freight brokers currently assist 99 percent of the trucking and freight logistics market. But, by 2025, the market will prefer mobile-based brokering over web-based brokering, according to Frost & Sullivan.

Aside from the benefits of mobile-based technology, Frost & Sullivan anticipates the transition will primarily occur as a result of digitization. Freight brokers will need to combine features from their traditional brokering, along with load boards and web-based freight brokering, into one solution for drivers and fleets.

"Mobile-based freight brokering will provide an opportunity to enhance the productivity and efficiency of both shippers and carriers," Lau says. "Mobile-based platforms will also have the potential to minimize the carbon footprint through improved freight logistics, while also reducing the driver shortage strain on the trucking industry."

If it seems that there's a new merger or acquisition announcement daily in the transportation and logistics sector, you're not imagining it. Deal value rose considerably—from $63.1 billion during the first three quarters of 2014 to $97.9 billion during the first nine months of 2015, a 55 percent year-over-year increase. That's according to PwC US' third-quarter analysis of global deal activity in the sector.

As in previous quarters, cross-border expansion was a primary cause of many transactions, especially in countries with advanced economies, as 55 percent of their transactions involved transnational activity. Strategic investors interested in expanding their operations to ultimately create a global transportation network oversaw 48 percent of all cross-border transactions.

Aside from cross-border expansion and strategic investments, logistics companies continued to influence transportation and logistics activity as well, encompassing 23 percent of all transactions.

"As more companies make the decision to outsource logistics services, and turn to third-party suppliers, efficiencies in scale and geographic reach will become critical drivers of inorganic growth," Kletzel says. "These deals were primarily driven by the need to fill a specific gap, gain scale, or expand margins.

"Also, growing consumer demand, as a result of an improving economy, is leading to increased freight volume, creating a potential opportunity for logistics companies to consolidate," he adds.

The fourth quarter historically has been a popular time for merger and acquisition activity, as strategic investors prepare for the next year's operations. As a result, PwC predicts the mergers and acquisitions environment will likely see increased activity in 2016.