Transportation Trends: Turn up the Air 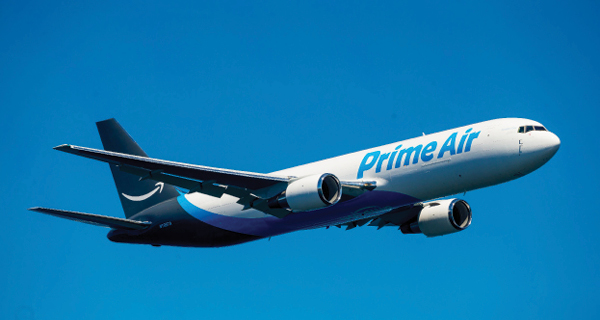 The airfreight market has been flying high, but headwinds persist.

"It's boom times for air freight," says David Oxley, senior economist with the International Air Transport Association (IATA). The volume of freight tons jumped about 11 percent from 52.2 million in 2015 to 58.2 million in 2017, according to IATA's 2017 Mid-Year Report. While the industry struggled during and immediately after the financial crisis that started in 2007, it has been going strong for the past 12 to 18 months, Oxley notes.

Over the past year or so, several major airfreight companies have purchased additional aircraft. In June 2017, UPS announced it would convert three Boeing 767 passenger planes to freighters. This followed the company's 2016 plans to purchase 14 Boeing freighters, with an option to purchase 14 more. In 2015, FedEx said it would acquire 50 Boeing aircraft. And in 2016, Amazon divulged it was leasing 40 planes from Atlas Air.

What's driving the airfreight market? A mix of strengthening economies, increasing globalization, the growth of e-commerce, and software that enables companies to more precisely calculate the trade-offs between air and other transportation modes, among other factors.

To be sure, the market faces challenges. A lack of uniformity in advance cargo information requirements is one barrier to growth, says Vladimir Zubkov, secretary general of The International Air Cargo Association (TIACA). Other obstacles include the increasing speed shippers can find through other transportation modes, such as the Silk Road; cybersecurity concerns; and a general slowing of supply chain fragmentation, which had boosted air freight.

By weight, less than one percent of goods travel via air freight. However, these products account for about 35 percent of the value of goods.

The air cargo industry can be split into two broad categories, explains Alain Decors, managing director with Luxembourg-based consulting firm Airfreight Development Worldwide. Express companies or integrators tend to handle all aspects of air freight, including the responsibilities, such as preparing goods to move through customs, that typically fall to freight forwarders and cargo handlers. They often invest substantially in the equipment needed to rapidly unload, sort, and reload their planes.

In contrast, traditional airlines that handle both cargo and passengers often engage outside firms, such as freight forwarders, to handle these roles. The challenge is that both organizations want to maximize their profits, Decors notes. As a result, the model tends to be less competitive.

Moreover, by focusing on cargo shipments, integrators often can offer greater flexibility than passenger lines. "Integrators are not contingent on passenger routes," says Marc Scott., PhD, and assistant professor of supply chain management at the University of Arkansas. Most also are better equipped to transport specialized, larger types of cargo, such as industrial machinery.

Two significant airfreight drivers are strengthening cross-border trade and growing economies. In April 2017, the World Trade Organization (WTO) forecast growth of 2.4 percent in world merchandise trade volume, up from 1.3 percent in 2016. The WTO did, however, note that uncertainty about economic and policy developments meant growth could range from 1.8 to 3.6 percent.

Increasingly, global supply chains and markets also are behind the uptick in air freight. Global exports of manufactured goods rose from $8 trillion in 2006 to $11 trillion in 2016, according to the WTO. In emerging markets, air cargo often is the only reliable method to connect customers with goods, says Tim Reiff, director of air services with C.H. Robinson, a third-party logistics and supply chain management provider based in Eden Prairie, Minnesota.

"We've noticed an uptick and see expanding opportunities in several trade lanes, such as Asia and the United States, and Asia and Europe," says Stuart Lund, vice president of air capacity and procurement with Atlanta-based UPS.

Africa, although it must work through many challenges, likely will be an upcoming growth area. "Africa is a sleeping giant," notes Cathy Roberson, founder and head analyst with Logistics Trends & Insights, based in Atlanta. As Africa's middle class continues to grow, its consumption likely will rise.

Air cargo can be critical for food, pharmaceuticals, and other products that must be transported in temperature-controlled containers over long distances, Roberson says. For instance, many food items are imported to countries in the Middle East, often using air freight.

E-commerce as a Driver

E-commerce, and the growing expectation of both consumers and businesses for ever-shorter delivery times, also has prompted greater interest in air transportation. "The marked shift in customer expectations can only be achieved through air freight," says Toby Brzoznowski, co-founder and executive vice president of LLamasoft, a supply chain management solutions provider based in Ann Arbor, Michigan. Even many companies that don't use air freight as their traditional transport mode are turning to it more often for non-emergency shipments.

Indeed, air cargo has been key to businesses that operate with a "fast fashion model," and need to quickly move goods to markets around the world, says Doug Fisher, assistant professor and director of the Center for Supply Chain Management at Marquette University, Milwaukee. "It doesn't require the nine-month lead time needed for a cargo load of jeans, for example."

Advancing software enables shippers to more closely examine the trade-off between transportation and inventory costs. Brzoznowski notes that ocean shipments often take anywhere from 45 to 90 days. Port disruptions can add to the uncertainty and variability. Shippers who are unable to confidently predict when their goods will arrive often maintain higher inventory levels. In some scenarios, the working capital tied up in inventory eclipses the expense of air freight.

Fuel costs, which have moderated over the past few years, also likely have convinced more companies to shift to air cargo. IATA forecast 2017 fuel prices of $64 per barrel. That's up from 2016 levels of $52.1, but far below the 2012 levels, which topped $120 per barrel.

While the airfreight industry has enjoyed several strong years, challenges lie ahead. "All good things tend to come to an end," Oxley says, adding that he has noticed signs of moderation in the cyclical upturn.

For one thing, the growth of fragmented, global supply chains appears to be slowing. Over the past several decades, many companies established supply chains that were scattered across the globe. They'd often rely on air freight to deliver materials to their far-flung locations.

As companies substitute technology, such as 3D printing, for labor, they have less reason to chase low-cost labor countries, Fisher says. Instead, they can manufacture close to their customer base, cutting their need for air transport.

Moreover, other modes of travel promise to eat into air cargo's speed advantage. For instance, Hyperloop One, a privately held company that aims to move people and freight at speeds topping 600 miles per hour, plans to be operating several routes by 2021.

Driverless trucks, which will be able to run 24/7 so long as they're fueled, also likely will cut into the domestic air cargo market. While noting the regulatory structure and insurance companies still need to catch up to the technology, "it's just a matter of time until we see that kind of capacity going on major lanes," Fisher says.

Another challenge involves the multiple Pre-loading Advance Cargo Information (PLACI) initiatives in pilot stages around the world. These include the Air Cargo Advanced Screening (ACAS) in the United States, and Preloading Consignment Information for Secure Entry (PRECISE) in the European Union.

"Although the initiatives have an important role to play in the safety and security of air transport, multiple systems might cause complications," Dubkov says. Some may view the multiple projects as "an endless exercise," he adds.

To meet the challenges confronting the air cargo industry, carriers need to provide their customers with real-time data and analytics, so they can make informed decisions and better manage their supply chains, Scott says. At the same time, shippers need to analyze the trade-offs between different modes of transportation.

Air travel almost always is the most expensive transport mode. So, how can shippers determine when it will pay to ship products through air rather than ground or ocean? Here are four factors to consider:

1. What's the value of the product? It generally makes sense to use air freight for high-value items, such as electronics, and more quickly capture the sales dollars they'll generate.

2. How heavy are the items? Many airfreight charges are based on the weight of the products, says Paul Lewis, vice president of policy with the Eno Center for Transportation, a Washington DC-based independent think tank.

3. How time-sensitive are the products? If they need to get to market quickly or they might not sell—say, Halloween costumes—the expense of air freight is more easily justified. Similarly, if the failure of components to arrive on schedule will halt a manufacturing process, air freight might be warranted, says Dan Boaz, president and chief executive officer with Airfreight.com, a provider of premium freight services.

4. How robust is the inventory management system? A system that provides accurate, updated visibility can allow shippers to choose slower transportation methods and then closely monitor their goods' progress.