Trade With China: A Question of Balance 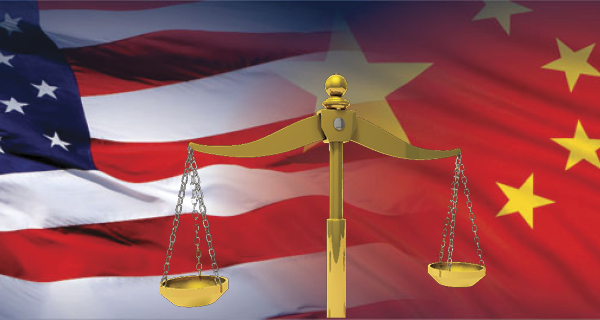 President Trump hasn't been shy about his desire to put America on more equal trade footing with China, but business leaders have traditionally fought against efforts to force the trade rival into an agreement that's more equitable for both sides. Dissent is growing, however, according to the American Chamber of Commerce in China's (AmChamChina) 2017 Business Climate Survey.

Early in 2017, China opened its doors wider to foreign investment, but investors have complained that government regulators from the country's government frequently intercede to make sure more money comes in than goes out. Four out of five companies feel foreign business is unwelcome in China, and more than 50 percent of American businesses operating in China claim that they receive unfair treatment when compared to Chinese companies, according to the AmChamChina survey. More than 80 percent don't see the relationship improving any time soon.

As such, business leaders are increasingly willing to take risks in China to get the reciprocity they've historically been denied. While some are demanding an eye-for-an-eye approach—deny Chinese investors access to anything in the United States that American companies are denied in China—many stakeholders fear such aggressive action would spark a trade war, the results of which remain difficult to predict.

The Trump administration's official position, put forth in the National Trade Policy Agenda for 2017, released March 2017, appears to side with those U.S. companies that are tired of unequal opportunity: "It is time for a more aggressive approach. The Trump Administration will use all possible leverage to encourage other countries to give U.S. producers fair, reciprocal access to their markets. The purpose of this effort is to ensure that more markets are truly open to American goods and services and to enhance, rather than restrict, global trade and competition. Such a policy will help grow the global economy by breaking down long-standing trade barriers and promoting increased competition."

The best possible outcome would be a positive, reciprocal trade agreement in which both the United States and China benefit, but the odds of getting there without a lot of posturing and retaliation are slim. Shippers and providers holding stakes in China should be taking action to buffer whatever collateral damage might come from negotiations that are sure to get worse before they get better.