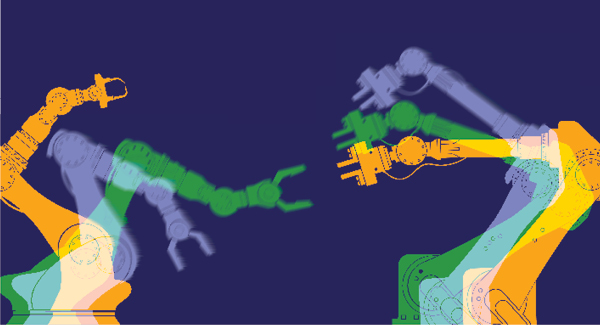 Technology innovations and new approaches to size and location are reinventing how companies fill orders at the warehouse.

As more consumers and businesses buy online, many shippers—including those that typically haven't transacted directly with consumers—must find ways to efficiently fill two kinds of orders at their warehouses: traditional pallet orders and single items, or "eaches," from e-commerce orders.

While some shippers eventually will establish separate fulfillment centers for e-commerce orders, few can justify them just yet. Despite explosive growth, e-commerce currently accounts for slightly less than 10 percent of overall retail sales, the U.S. Census reports. So, many shippers are juggling various order types within the same location.

To Eaches His Own

Another challenge is the makeup of many consumer orders, which often include higher-velocity products, along with "one-offs" or items purchased less frequently. This may mean splitting order fulfillment between two warehouses—say, one that's close to the consumer and carries more popular products, and another that's farther away and handles less popular items. "Splitting orders is expensive, as it boosts labor and transportation costs," says Ben Conwell, practice leader in the e-commerce group with real estate firm Cushman & Wakefield.

To address these challenges, shippers are deploying cutting-edge technical solutions, including robotics and artificial intelligence. Many are changing the fulfillment center model, shifting from massive warehouses located far from metro areas to smaller or "micro fulfillment" centers that can fit in even dense urban areas.

The growing use of mobile automation tools, such as robots, contrasts with many traditional distribution centers where "automation—conveyors and sortation equipment—is bolted to the ground," says Adam Kline, senior director, product management with Manhattan Associates, a supplier of supply chain management software. To be sure, these tools still work in many high-volume applications and aren't likely to disappear any time soon.

Yet more warehouses are deploying robots that can roam the floor to retrieve and bring items to pickers, cutting the time employees spend traveling to retrieve the items they're supposed to pick. Indeed, travel is estimated to account for more than half of most pick tasks. "Goods-to-operator robotics can help eliminate that," says Bruce Stubbs, director, supply chain marketing, Honeywell.

A picker may be assigned a designated area, while robots functioning as "pseudo-people" move from aisle to aisle, bringing inventory to him or her. "This provides the benefit of automation without significant disruption to the distribution center's layout," Kline says. "You don't have to add another wing to the building. Just add robots."

Moreover, robots' capabilities continue to grow. Five years ago, most robots handled only repetitive tasks. Today, many can analyze and pick specific items.

Companies don't have to automate all their product handling to gain compelling benefits. "Companies can automate 10 to 20 percent of their processes and still benefit," says Joel Reed, chief executive officer with IAM Robotics, a provider of flexible autonomous robotic material handling solutions.

This level of automation allows many companies to shift employees away from repetitive tasks to functions in which they can better leverage their skills, such as intricate kitting operations.

Within the next year, logistics provider DB Schenker plans to deploy IAM "mobile manipulation solutions"—robots that can pick up and transport goods—within operations it manages. "The target is to move labor away from easily repeatable tasks," says John Stikes, director of innovation and e-commerce with DB Schenker Americas.

While any quantity of robots can boost efficiency, most firms start reaping scalable benefits once they've installed at least two to four robots, Reed says. They'll get even more bang for their buck when they can run them multiple shifts over multiple days.

InVia Robotics is working on "brownfield deployment," says Dan Parks, chief operating officer with the company, which provides autonomous mobilerobots for supply chain warehouses. That is, it's introducing robotics in existing warehouses, and leveraging the layout, shelving, and other equipment already in place. This can lower costs and speed time to deployment. Its robots can handle items weighing up to about 40 pounds, Parks says.

Hollar, an online dollar store, looked into robots to help it scale during peak holiday season, when staffing can just about double, notes Octavio Reyes, director of operations and systems. In addition, wage rates and other employee costs continue to increase.

"We looked at automation to help with our growth," he says. Automation also can help Hollar more effectively use its warehouse space and avoid—or at least postpone—future real estate purchases, he adds.

In choosing a robotics solution, Hollar turned to inVia because its solution can both pick and bring the product to each picker, maximizing their efficiency. Some other solutions require a human to pick items and put them in a tote, which then travels to the picker.

Hollar currently uses about 60 inVia robots. With the sales growth it's expecting, that number will grow to between 120 and 160 robots. Hollar made a few minor changes to its warehouse layout to accommodate the robots, Reyes says. For instance, employees placed new, robot-readable labels on the pick shelves.

The robots have helped Hollar's seasoned pickers more than double their output. Within about one year, the robots are forecast to boost these pickers' productivity by three to four times.

In addition to limiting the distances employees must travel, the robots—in contrast to humans—don't become tired and less productive toward the end of their shifts.

It's not just proximity to customers that is driving shippers' decisions to locate closer to metropolitan areas. They're also concerned about the availability of workers, especially during peak season. E-commerce orders, which require employees to pick mixes of individual items, require more labor than traditional store replenishment operations, where pallets of products move through a distribution center.

Some companies are considering opening distribution centers in major metropolitan areas. Given that land in those areas is more expensive and harder to come by, they've been forced to think smaller. In some cases really small—to "micro fulfillment centers."

Within these micro centers, companies are stocking a ruthlessly edited selection of inventory, often limited to the fastest-moving items. If the centers can hold the 20 percent of stockkeeping units that account for roughly 80 percent of volume in the surrounding region, they should be able to significantly lower overall supply chain costs, Stubbs says.

An efficient layout and state-of-the-art automation also are key to successful micro fulfillment centers. Ideally, each order proceeds automatically until it's ready for the customer.

In October 2018, Albertsons Companies, one of the largest food and drug retailers in the United States, announced it was partnering with Takeoff Technologies, a provider of automated fulfillment center technology, to pilot a micro fulfillment center.

Albertsons' centers will range from about 5,000 to 10,000 square feet and will be located within existing stores, says Narayan Iyengar, Albertsons' senior vice president of digital and e-commerce. Instead of using store shelves, which are designed for browsing, these will be arranged to optimize picking. They'll house the fastest-moving products, although employees in the center can run into the rest of the store to get any slower-moving items customers order.

This approach allows Albertsons to use space it already owns. Based on the company's calculations, Albertsons will need about one micro center for every 20 to 30 stores, Iyengar says. It hasn't yet announced where it will locate the centers.

This also will allow Albertsons to optimize how it routes its trucks. If Albertsons were to pick online orders at each retail store, it likely would need about two trucks at each store. By concentrating online orders within a micro fulfillment center, it should be able to reduce its overall number of trucks.

"It's the best of both worlds," Iyengar says. That is, Albertsons can leverage the automation typically seen in large warehouses, while remaining close to consumers, cutting transportation times.

"The new robotic solutions, with an intelligent WMS driving them, become a powerful tool," Kline says.

These tools can analyze data from across the supply chain network to predict customers' behavior, and thus, the demand for products.

Similarly, comprehensive tracking and tracing capabilities that provide end-to-end visibility are critical, both for regulatory compliance in industries such as pharmaceuticals and for operational efficiency.

Inconso is partnering with engelbert strauss, a workwear manufacturer, to build a new logistics center in SchlÜchtern, Germany. It will feature an automatic storage and retrieval system, automated material flow with integrated robots, and pick-by-light workstations, among other elements. The center's goal is to increase productivity and speed replenishment times, says Matthias Fischer, head of IT with engelbert strauss.

Along with technology advances, new approaches to warehouse operations also can speed processing. One that's known as "order streaming" or "waveless picking" can boost efficiency in both manual and automated environments, Kline says. It's based on the concept that more consistent equipment utilization, rather than working in batches or waves, boosts efficiency.

Here's how it can work: As orders become available, an optimization engine matches them to capacity, whether that's determined by the labor force, or hardware, such as the number of packing stations, or something else. As capacity increases—say, more employees are scheduled—a signal tells the WMS to pull more work to the floor. If some orders are priority, they move to the head of the line. The goal is to keep equipment and employees consistently working near capacity, rather than in peaks and valleys.

What's in the Mix?

Advances in warehouse technology appear likely to continue. As they do, future warehouses and distribution centers will deploy a mix "of forecasting, optimization, and analysis methods, coupled with simulations, machine learning algorithms, user interfaces, and the integration of automated guided vehicles and robots," Salzinger says. Together, these technologies can drive efficiencies and accuracy in the use of materials, labor, and space.

Even as logistics and fulfillment technology advances promise increased efficiency and lower costs, they're also powering a "democratization of warehouse operations," Stikes says. "Gone are the days when companies had to spend millions of dollars to automate a warehouse."

Along with technology, process and change management are critical to speeding warehouse operations. Some guidelines: