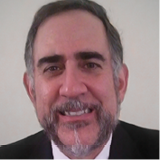 Imports continue to gain at the expense of U.S. companies and employees in sectors such as semiconductors, high-tech medical equipment, construction machinery, and machine tools. Their unprecedented inroads make clear that the nation's technological and industrial crown jewels are becoming just as vulnerable to foreign competition as their long vanished labor-intensive counterparts such as clothing and toys. The mounting presence of imports in the U.S. market also helps explain why the current recovery has been so painfully slow.

That level topped the previous record—set just the year before—by 1.3 percent, and is more than 50 percent higher than the figure for 1997, when the critical underlying data series debuted. Advance indicators suggest imports supplied even more of these combined $2 trillion markets in 2012.

The import tide is an unmistakable economic difference-maker. Had imports in the 106 sectors studied simply remained flat between 2010 and 2011, their total output would have been nearly $90 billion higher (pre-inflation), and the entire growth-starved U.S. economy's expansion would have been 16 percent greater.

The study's findings also reinforce the case for big U.S. manufacturing, and especially trade policy, change. Although President Obama focuses on boosting exports to quicken economic recovery through trade, the new import-penetration data show a bigger payoff from controlling imports. From 2010 to 2011, the advanced manufacturers examined lost more sales in their own home market (thanks to $89.2 billion more in imports) than they gained in foreign markets (through export increases of $56.8 billion).

The economy's best bet for trade-related gains is enabling domestic producers to regain the home markets they should know best and that lack any trade barriers—not trying to sell more to foreign customers unenthusiastic about buying American even in good economic times.

Thanks to these cockeyed policy priorities, U.S. industries that had lost half or more of their home market as of 2011 included construction equipment; electricity measuring and test equipment; metal-cutting machine tools; and mining machinery and equipment. Not far behind are semiconductors, auto engines, and industrial controls. All are among the industries America has long relied on for technological progress, rising productivity, and high-wage jobs.

Companies losing market share are never described on Wall Street as winners, and whole industries suffering such setbacks don't deserve this label, either. Domestic manufacturing is anything but out of the woods, and wishful thinking won't revive it.