The Slow, Steady Decline Of the Owner-Operator Model 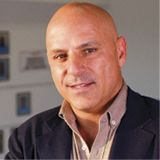 Today, we face the slow extinction of independent owner-operators. These self-reliant business owners are dealing with a myriad of regulations that will soon make the owner-operator model impractical, and its survival improbable.

Of the 3.5 million truck drivers in the United States, about 350,000 are owner-operators, according to the Owner-Operator Independent Drivers Association. If you are a shipper dependent upon owner-operators to move your freight, shifting sands in the trucking industry put you at risk.

Trucking is a commodity business. Transportation companies squeeze independent drivers for the lowest cost and these businesses, in turn, must operate at razor-thin margins. Government regulations now make it even harder by limiting their earning potential and adding operating costs.

Hours-of-Service regulations are reducing potential earnings and the government is strictly enforcing the rules with electronic logging devices.

To meet new government emissions standards, the Environmental Protection Agency estimates $12,800 in additional upfront costs for owner-operators to upgrade to the most fuel-efficient tractors.

Regulations, whether they reduce revenue or jack up overhead expenses, combine to paint a bleak picture for future owner-operator profitability.

Carriers hire drivers as independent contractors to avoid federal and state tax withholding, healthcare coverage, and other employee-related overhead. They depend on this model to be profitable, and the owner-operators are happy to get the business—including shippers, who pay a reasonable rate.

While most owner-operators value and protect their status as independent, a segment of that community believes they are anything but, and have fought and won in court to re-classify them as company drivers. The most prominent example is the $228-million settlement by FedEx, which used the independent contractor model as a foundation of its business model.

If you are a large shipper, you may feel a step removed from these events because you may not have a direct contractual relationship with the owner-operator. You'd be wrong.

For example, Macy's contracted with two logistics companies to provide dedicated contract carriage services for home delivery. Because Macy's asked for decals on truck doors, a driver dress code, and adherence to its defined routing, the court ruled that drivers should have been classified as Macy's employees. The retailer and the logistics companies had to pay a $6.8-million settlement.

As we enter a new era of labor law, it's clear that you, the shipper, could ultimately be held financially responsible for driver misclassification settlements .

Owner-operators are being driven to extinction and that may not be a bad thing. From a shipper's perspective, it would lessen risk. Re-classification of owner-operators amounts to a ticking time bomb for beneficial cargo owners.

For independent drivers, regulatory pressures may induce more to become company drivers. Sure, they would lose a degree of independence. But they would gain greater security.

Owner-operators won't go away completely. You just may need to look a little harder to find them.