The Logistics of Franchising: Delivering the Basics 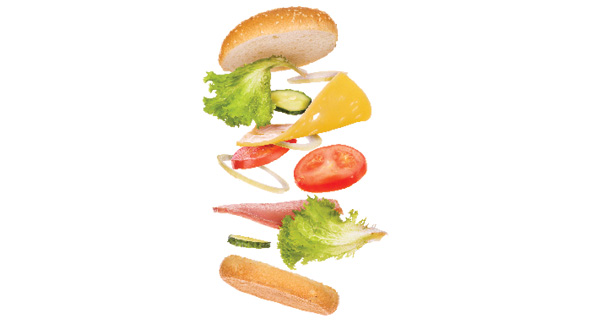 There's an ages-old expression that, in life, love or business, nothing happens in a vacuum. And when building a new franchise operation, nothing—but nothing—happens in a hurry.

It takes most franchise operations an average of 7 to 10 months to become operational—an intense, hectic whirlwind that stretches from signing the contract with the franchisor through selecting a site, permitting, overseeing construction, training, and stocking before the cash register rings up the first sale.

"It's human nature to want everything now, but that's not how it works when rolling out a new franchise," says Michael Seid, director of franchise consultancy MSA Worldwide, based in West Hartford, Ct. "Franchisees want what they want—delivered yesterday, at a good price—and they want it hassle-free.

"Franchisees want their supply chain to be there without them actually noticing it," he adds. "They want to make certain that the cost of goods is reasonable, and that when they order something it's in stock so their business won't be seriously impacted."

Such expectations are legitimate as, with any business at any stage of the game, "they want to make certain that what they order is delivered on time at a price point that they can accept," Seid says. "If it's a calendar-driven, perishable product with a limited shelf life, they want it delivered on time in a way that doesn't interrupt the flow of business."

Many neophyte franchisees do not understand how critical the supply chain is to their long-term success. "Many new franchisees have no idea how to accept an order or what they need to do when a delivery truck comes in to make sure they receive everything they ordered," Seid notes.

The whole process "is a learning experience, because it's new and it can be complicated," he adds. "It's as simple as learning if the driver dropped off all the cases on the order list. But learning how to place and receive an order, and knowing who the suppliers are, is beneficial and a good place to start."

"In some franchise systems—Burger King, for example—the franchisee cooperative owns the supply chain, so not every franchisor specifies the suppliers, though they do specify quality and other factors. Then there's the issue of franchisors that don't specify suppliers, only products, so the franchisee has great latitude as to what producers or distributors they can buy from."

Either way, the franchisor's primary goal is to make sure that its franchisees are provided with quality products that are priced reasonably, and that suppliers "consistently deliver and have back-up stock available in case of a product recall or sell out.

"In this age of multi-location franchising, most franchisors want to work with their franchisees to make sure that their bottom line improves and that the product they're selling is quality," Seid notes.

Since it began operations in June 1960, Domino's has maintained a modified, internal, single-source supply chain, currently operating 18 regional dough manufacturing and food supply chain centers in the United States, as well as a crust manufacturing center and a vegetable processing facility. It also runs a distribution center that supplies equipment and non-food products to certain domestic stores through a leased fleet of more than 500 trucks that completed more than 581,000 deliveries in 2015. That same year, Domino's supply chain segment accounted for $1.38 billion, or 62 percent, of its consolidated revenues.

Direct from the Source

Most of Domino's franchisees exercise the option to obtain food products, supplies, and equipment directly from the company because it provides them with profit-sharing that "generally offers participating franchisees and company-owned stores 50 percent of their regional supply chain center's pre-tax profits," according to the company's 2015 annual report. Company-owned stores and franchisees that operate a large number of locations can glean a higher percentage.

Currently, more than 90 percent of Domino's franchisees started their careers with the company as drivers, pizza makers, or hourly workers.

One of them is Todd Quinzi, who spent 28 years with Domino's Pizza, starting out as a delivery driver in high school and working his way up to vice president of the company's operations in Florida and Puerto Rico. He is also a multi-franchisee with 20 stores in the Tampa Bay area.

In 2008, after "considerable due diligence," he made the jump to Jersey Mike's, the New Jersey-based submarine sandwich franchise. He now serves as the company's Florida area director, overseeing 90-plus stores, and one of his own.

Started in 1956, Jersey Mike's now has 1,500 restaurants open and under development nationwide. In 2015, for the second year in a row, the company was named the No. 1 fastest-growing chain in the Nation's Restaurant News Top 100.

One thing that convinced Quinzi to make the move from pizzas to submarine sandwiches was Jersey Mike's supply chain management system, which taps into the national network of food and product distribution centers operated by Houston-based Sysco Corporation, the largest institutional food distributor in the world.

The system allows Jersey Mike's franchisees to place an order with Sysco for food and non-food items—about 200 SKUs for a new franchise, including 85 private-label items, including everything from branded cups and napkins to disposable gloves and beverage straws—through CrunchTime restaurant management software, which monitors inventory, labor, and food costs for the franchise owner.

"A new franchise needs about 200 separate items to get up and running," Quinzi says. "Jersey Mike's has about 85 private-label items, and a number of proprietary items. We also have some off-the-shelf items, including disposable goods."

With his experience on both sides, Quinzi says there are pros and cons to managing the supply chain internally versus outsourcing the function.

"Operating an internal commissary makes it easier for franchisees to stay on top of quality control issues when the only goal is to deliver one brand and one product that is good every single time," he says. "Sysco has thousands of customers and thousands of products on their warehouse floor that they have to pack into trucks and get to where they're going."

On the other hand, "an internal system is expensive to create and maintain so that it's functioning seamlessly and profitably," he adds. "When you outsource to a company such as Sysco, you know what you're getting because they've been doing it well for so long."

"When we were growing the company, we had as many as five food service distributors operating on five different platforms under the terms of five different distribution agreements," recalls Mike Manzo, the COO of Jersey Mike's.

"At the time, the major problem was simply having enough slots in the warehouses," he notes. "When developing new territories, there weren't enough store openings to support inventory needs, so handling special orders was challenging."

The solution was to have the Jersey Mike's supply chain management staff organize crossdocking and special freight orders to the forwarding warehouse. The franchisor paid the bill for the extra freight andthe supplier assisted in less-than-truckload (LTL) pricing. The staff would then analyze commitments and oversee the franchisee's use of the ordered items.

An Appetite for Customer Service

The switch to Sysco "was never about pricing because we value service and technology more than price," says Manzo. "Of course, we monitor cost, but we found that Sysco has a strong technology infrastructure and is in a position to handle our growth. Currently, 51 Sysco distribution centers in 44 states carry our products."

What about the 'terrible what ifs' that keep new franchisees up at night—a delivery truck breaks down, a natural disaster strikes, a supplier goes belly-up?

"We have detailed back-up plans with product at more than 50 of Sysco's distribution centers," says Manzo. "For example, when a hurricane hit South Carolina a few years ago, the Sysco distribution center in Atlanta was able to deliver the goods."

And, when Hurricane Sandy slammed into the U.S. East Coast in 2012, bread normally baked in New Jersey was produced in Chicago "and we didn't lose a single loaf or miss a delivery," he recalls.

A few years prior, Jersey Mike's pork supplier's facility burned down. "We didn't short our affected franchisees a strip of bacon or a pound of ham because we were able to source from suppliers across the country," Manzo notes.

With a distribution network that links seven domestic U.S. distribution centers and 32 hubs, the cooperative ships an average of 100 million pounds of coffee, 112 million pounds of sugar, and 24 million gallons of milk along with nearly 2,000 other food, beverage, supplies, packaging, and equipment SKUs to more than 8,000 stores across the country.

Between 2012 and 2016, NDCP was credited with improving business processes, launching best practices, and cross-functional collaboration that saved Dunkin' Donuts' franchisees more than $114 million. In 2014 alone, the company saw a 22-percent increase in its perfect order service metric.

Whichever supply chain operation is in place, "at the start, new franchisees don't always understand how critical a smooth running supply chain is to their operation," Manzo says.

Like the background music to a movie, it's sometimes easy to forget how important an efficiently functioning supply chain is— until it isn't there.

"Supply chain management happens behind the stage and works so well," Manzo says. "When Jersey Mike's convenes its national procurement council, which brings franchisees together to go into the details of how the supply chain works, you actually see their 'aah' because they hadn't realized all the details that go into supplying them with what they need when they need it."

Everything balances on giving customers what they rightfully expect in terms of price, consistent quality, and professional service. That can only be accomplished by making sure all franchisees in the network get what they need, where they need it, when they need it, at a price point they can live with. "Anything less is unacceptable," Manzo says.

While some new franchisees may not be totally aware of the value of an efficient supply chain, "some corporate managers don't appreciate what it takes to keep a distribution system running efficiently and economically...until something goes wrong," Manzo says. "People don't care about the supply chain until they hear, 'Sorry, we just ran out of turkey.'"

Here are the top franchises of 2016, according to Entrepreneur's Franchise 500 list.