The Future of Warehouse Workers 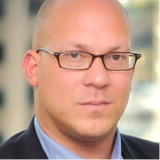 Indeed, the COVID-19 pandemic has driven much of the existing current growth in e-commerce as a combination of government-mandated shutdowns and consumer hesitancy to shop in-person at physical stores has helped spur the demand for warehousing.

The result has put a major strain on warehouses. The pandemic has exacerbated existing labor shortages in these facilities which are considered part of the frontline in fighting the COVID-19 virus. Workers have received various types of bonuses, temporary pay increases, and other short-term benefits to remain in positions.

However, warehouses often have limited social distancing capabilities due to the layout of the facility and in some cases poor handling on the part of the company to provide adequate supplies for their employees such as masks and hand sanitizer.

Employees at Amazon, for example, were particularly critical of the e-commerce giant saying that it had not done enough to keep employees safe as they work in its warehouses amid a surge in demand to send items to shoppers across the country.

As a result, hiring warehousing workers is a continuous cycle just to maintain a certain level. But as more warehouses are built closer to the customer, more workers are needed.

Logistics providers, retailers, e-commerce providers, and others with an interest in e-commerce continue to hire at a rapid rate particularly as customers expect faster deliveries.

Automation in the Warehouse

At the same time, warehousing technology investments are on a high. According to a Research and Markets report, the global warehousing automation market size was estimated at $13 billion in 2018 and is expected to grow to $27 billion by 2025.

A survey conducted by technology provider Zebra Technologies indicated that automation projects were being implemented to enhance worker performance rather than replace them. Also, as part of the survey, 75% of respondents believe human interaction is part of their optimal operational balance, with 39% citing automation and 34% citing augmentation (equipping workers with devices) as their preferences.

But, is it possible that technology will replace the future warehouse worker? It’s possible and it is already being done in China.

In 2018, e-commerce provider, JD.com, introduced a warehouse that can handle 200,000 orders a day but employs just four people – with their jobs centered around servicing the robots that run the place.

But, until then, warehouse workers will continue to be highly sought after. However, according to job placement provider, Randstad, businesses may need to increase salaries by as much as 3.5% to compete for talent for such high-demand roles.

According to the U.S. Bureau of Labor statistics, the average hourly earning for a warehouse worker was $22.41 in February 2021, up 6.5% from February 2020 and up 10.1% from February 2019. Whether or not these rates are enough to attract the needed number of employees will depend on a number of things including other benefits and how employees are treated on the job.

John Haber is the founder and CEO of Spend Management Experts. With more than 25 years of supply chain experience, Haber has helped some of the world’s leading brands drive greater efficiencies through their supply chain operations while reducing transportation, distribution, and fulfillment costs. Haber began his career at UPS where he held various executive level positions in corporate finance and corporate strategy.