Integration: The Dawning of a New Era 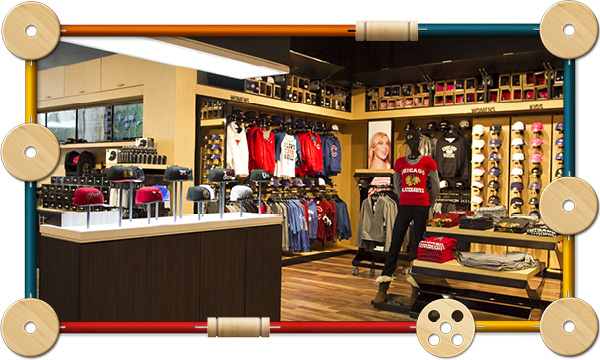 Major League Baseball players have always tipped their tops to Buffalo, N.Y.-based New Era Cap Company, which has been manufacturing hats since the 1920s.

Since 1993, the company has been the exclusive licensed on-field provider of baseball caps for Major League Baseball and its affiliates. It also serves the needs of international baseball leagues around the world, NCAA athletic departments, and the sports world in general.

During the past decade, however, the company has branched out beyond cap making, introducing accessories and apparel into an expanding product line. By 2005, the company was growing at a 35-percent clip and approaching critical mass in terms of what products it could move on its own.

"We operated our own warehouse in Mobile, Ala., and were well above our target in the fourth year of a five-year growth plan," says Jim Patterson, COO and senior vice president, New Era Cap Company. "We exceeded our capacity to ship product from the warehouse, so we needed an immediate solution to relieve some of that stress."

New Era decided to partner with San Mateo, Calif.-based Menlo Worldwide Logistics, occupying a small space in the third-party logistics (3PL) provider's multi-client distribution facility in Kansas City. It was a small step to test the waters of outsourcing. "We didn't want to be a lifestyle brand and a warehousing company," recalls Patterson.

By 2006, New Era was also working with Menlo at a multi-client distribution center (DC) in Hong Kong. Later that year, the manufacturer opened a dedicated facility in Pennsylvania with Menlo, specifically for New Era product distribution.

As New Era's manufacturing and distribution footprint evolved, it outgrew its existing DC structure. In 2009, it consolidated U.S. warehouse operations in Alabama and Pennsylvania into one location in Harrisburg, Pa., then moved to a larger warehouse in Harrisburg, followed by a shared Menlo facility in Toronto to support growth in Canada. An SAP enterprise resource planning (ERP) upgrade and further integration with Menlo's warehouse management system (WMS) helped ease the transition.

In 2010, New Era debuted a distribution presence at Menlo's facility in Eersel, The Netherlands. In 2012, it begins a new era—literally—as the official baseball cap provider of the National Football League.

The Challenge of Flexibility

New Era has grown remarkably over the past few years. Its partnership with Menlo has been a measured exercise in divesting a non-core distribution function and integrating an outsourced solution into its global supply chain.

"If a customer wants an item in a pink box with a red ribbon, New Era will do it," says Jeff Holker, senior logistics manager, Menlo Worldwide Logistics. That flexibility presents challenges, even for a 3PL.

"Many 3PLs try to get their customers' business to conform to a standardized logistics solution. They want to bring goods in, store them, then ship them out, with no modifications or special services," Holker notes. "That's not realistic in today's environment. We do a great deal of value-added work for New Era, whether it's custom labeling or building packages in the DC."

"When we assessed our short-term goals, we were also thinking ahead. We felt we could integrate with Menlo at important points such as information technology and operations."— Jim Patterson, COO and senior vice president, New Era Cap Company

Because it's so accommodating to customer needs, New Era quickly recognized that to successfully transition from a domestic manufacturer to a global lifestyle brand, it needed outside expertise.

"Our core competency is providing a customized product to our customers when they need it, then replenishing quickly in different quantities," says Patterson. "We want to move away from manufacturing and distribution."

It has been a natural evolution, and one that many branded apparel companies experience as they grow out of their original skin and begin shedding non-core capabilities.

"New Era needed capacity, and its operation wasn't sophisticated or automated," says Holker. "We saw opportunity to help on the distribution side."

The one thing New Era demanded of itself, and from its 3PL partner, was flexibility to meet customer demand.

"When it comes to integration and electronic data interchange (EDI), everyone emphasizes standards," says David Velasquez, senior director of global logistics, New Era Cap. "But we are a customized company. There were no standards for what we needed."

New Era's expanding product portfolio and global presence opened the door for Menlo to target new areas for improvement from the inside out.

What began as a pure commodity need—overflow warehouse space—quickly turned into a platform for further integration.

"When we assessed our short-term goals, we were also thinking ahead," says Patterson. "We felt we could integrate with Menlo at important points such as information technology and operations."

When New Era consolidated its own warehouse to Harrisburg in an effort to drive better service and reduce overall operating costs, Menlo took over distribution operations. Together, the two companies began identifying ways to improve efficiency and customer service, beginning with technology.

"Originally, we used a manual-based PeopleSoft ERP/WMS solution," says Velasquez. "But as our relationship with Menlo grew, we wanted to share information more efficiently. So we tied Menlo's WMS directly into PeopleSoft to pass along information electronically."

New Era has since upgraded its ERP to SAP, while continuing to expand its systems integration with Menlo. The ERP is equipped with problem switches and flags that dictate whether an order moves to a plant or DC, so the worker picking, packing, and shipping doesn't have to leave the WMS for direction.

In New Era's current process, there are few stops, and no paper on the floor. Orders that used to require weeks to fulfill now take hours.

"This integration is critical because our business is so dynamic," Velasquez adds. "Standardization in DCs ensures the execution level we expect is consistent across operations."

In 2009, New Era acquired apparel manufacturer 5th & Ocean, greatly expanding its retail and private-label lines beyond headwear. The Miami-based company makes sports and fashion apparel for men, women, and children; its customers include major U.S. sports leagues and retailers such as Victoria's Secret.

New Era's growing product line and worldwide presence—it has a licensing agreement with the Korean Baseball Organization, for example, and recently opened a retail store in Hong Kong—played into Menlo's value proposition as a global 3PL.

"Our relationship with Menlo started as order-based and transactional," says Velasquez. "Today, we send them purchase order information as soon as it is issued to our factories.

"Menlo has advanced inbound product and delivery date visibility," he continues. "This information is crucial from a distribution perspective because so many different products flow through our facilities.

"Stock lines need to be replenished," Velasquez adds. "The customization we offer creates constant SKU turnover, which forces us to pick more efficiently, manage inbound movements, and constantly analyze the process. It changes month to month, operation to operation, in Hong Kong and Europe. We have to understand how these upstream pulses impact back-end operations."

For New Era, Menlo has transformed from a commoditized distribution provider to a valued supply chain partner that continues to push the outsourcing envelope in new directions .

Value stream mapping is one example. New Era's supply chain has become more complex and global since it began its relationship with Menlo.

The 3PL has helped New Era map its entire supply chain, from the time it places a purchase order with the manufacturer to when product is received, stored, and shipped out—all with the goal of shortening the supply chain.

"When it began to source offshore, New Era had to wrestle with a supply chain shift that increased lead times," says Holker. "It couldn't afford to change its response time, even if the length of its supply chain increased dramatically."

On the domestic side, Menlo has similarly leveraged its resources to identify the best distribution network for New Era's needs—fully understanding that this model is fluid and bound to change. When the company moved away from operating its own DC to a Menlo-operated Harrisburg facility, there was a well-thought-out reason.

"Menlo helped us look at our customer base and determine where product was shipping, secured a location, and improved our customer service levels by reducing transport distances," says Patterson. "From an inbound perspective, it put us in a better position to receive overseas shipments."

In 2005, New Era's distribution model was rather conventional. Major League Baseball was its primary license. Product was programmed, coming into the warehouse as bulk and shipping out much the same way.

Increasing product diversification changed the way the company moved SKUs and different-sized boxes through the warehouse.

With the SAP ERP integration firmly in place by 2010, New Era was able to capitalize on its quick replenishment program, which allows customers to place orders and receive product in their stores in as few as 48 hours.

It's a popular option for retailers that don't want to carry a lot of inventory or are eager to capitalize on demand—such as a commemorative cap celebrating a favorite team's championship—by improving service levels and efficiency through its distribution network.

"When it began to source offshore, New Era had to wrestle with a supply chain shift that increased lead times. It couldn't afford to change its response time, even if the length of its supply chain increased dramatically."— Jeff Holker, senior logistics manager, Menlo Worldwide Logistics

With New Era primed to become the officially licensed baseball cap provider for the National Football League in 2012, there's little doubt the company's arc is on an accelerated path. So is its outsourcing strategy.

Menlo is still primarily a distribution partner, but its full slate of transportation and supply chain capabilities, and adherence to lean principles, lends itself to New Era's goal of facilitating growth as a lifestyle brand, especially on a global scale.

"Europe was the next location," he continues. "We manage the distribution and about half the inbound movements. We're currently working on a proposal for Mexico that will account for all inbound and outbound transportation."

The 3PL hosts weekly conference calls with its Harrisburg DC, and bi-weekly conversations with its Toronto, Eersel, and Hong Kong multi-client facilities. As part of their arrangement, the companies hold quarterly reviews to assess how the partnership is progressing.

"Performance is our focus," Holker explains. "We also share a list of pain points with New Era. It's an open dialog about driving service up and holding costs down."

But the global economic recession has provided the best litmus test for gauging how well New Era's partnership with Menlo has performed. Retailers didn't want inventory. They wanted to get as lean as possible and maximize the power of their "buy" dollars, says Patterson.

"Our ability to use this integration, execute quick replenishment programs, and address needs allowed us to continue to grow our partnership with Menlo," he says. "We also strengthened our position with customers because we could better support them."

New Era is an apt name for a company that is reinventing its business and supply chain. Manufacturing caps remains its core function, but new layers—through acquisition and expansion—are shaping future growth.