The Automotive Supply Chain: Disruption Down the Road 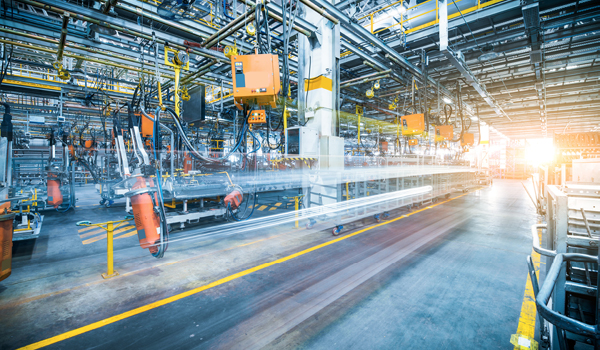 As electric and autonomous vehicles, and new business models shift into gear, automakers and their suppliers will need more than GPS to navigate the bumpy terrain.

Automakers looking toward the future of their industry might as well be driving from Kansas to Oz, so extreme are the transformations they're likely to find ahead.

"This change will be greater than when we went from buggies to the horseless carriage," says Mark Gottfredson, co-head of the North American automotive and transportation practice at consulting firm Bain & Company.

Given the advent of electric and autonomous vehicles, the rise of ride-sharing services, and shifting notions about who needs to own a car, the automotive industry landscape could soon grow unrecognizable. "From the habits we have, how we transport ourselves, how the supply chains are going to break down, the great historic companies that will end up failing, and the ones you never heard of that suddenly will be on everybody's tongues, the change will be very dramatic," Gottfredson says.

Today, auto companies measure sales of electric vehicles (EVs) in thousands, not millions, per year, and autonomous vehicles (AVs) are still in the development stage. But the pace of evolution is likely to speed up soon. For example, the batteries that power EVs are getting cheaper at a faster rate than observers predicted just a few years back.

"We're rapidly coming to where it will be less expensive to buy an electric vehicle than to buy one with an internal combustion engine," Gottfredson predicts.

The market is also letting go of the idea that nearly everyone needs to own a car. "Our research projects that as much as 30 percent of all new car sales will be purchases by fleet management and ride-sharing companies," says Wayne Washington, vice president and head of business development, vehicle processing centers, at Wallenius Wilhelmsen (WW) Solutions in Parsippany, New Jersey.

In one adjustment to the evolving market, some automakers now offer subscription services. "With a subscription, drivers can change their vehicles regularly, depending on their particular needs," Washington says.

Automakers are also claiming new territory in the shifting landscape. "They're forming partnerships, and investing in technology companies at a rapid pace," Gottfredson says. "But many of them don't have a good strategy."

How these disruptions will change automotive supply chains is hard to predict, since the future of transportation—who will buy vehicles, what they'll look like, what components they'll require, and who will make them—is still taking shape. But a few scenarios are starting to emerge.

For instance, as EVs take hold, there will be less freight shipped to automakers and their suppliers. "There are far fewer parts in batteries than there are in internal combustion engines, so it's just a matter of less volume," says David Buckby, an analyst with Transport Intelligence (Ti) in Bath, UK, and co-author of the Automotive Supply Chain and Logistics 2018 study.

While the biggest changes are a few years off, the industry is already starting to adjust. For instance, companies that sell EVs need to charge their batteries before shipping them to dealerships or buyers. Charging is one service that WW Solutions provides at some of its vehicle processing facilities, located at ports around the world.

Many automakers—also known as original equipment manufacturers (OEMs)—provide proprietary chargers for use at processing facilities. That adds cost for the OEMs.

"WW Solutions is partnering with technology companies to develop a standardized charger that can be used to charge multiple types of vehicles across OEMs and be deployed as needed, depending on the peaks and valleys of customers' volumes," says Washington.

WW Solutions is also running test programs at some processing facilities to help it understand what other services and facility enhancements vehicles will require in the future.

Well before those EVs are ready for charging, OEMs and suppliers face challenges in transporting batteries to assembly plants. Many of the batteries used in EVs are of the lithium-ion variety, classified as dangerous goods due to their risk of combustion. Companies that make and transport them must conform to regulations that vary by country, mode of transport, and other factors.

"Violation of any regulation may result in a production slowdown because the material will not be available, or in payment of fines," says Achim Glass, head of the global automotive vertical at Kuehne + Nagel (KN) in Schindellegi, Switzerland.

Responding to this challenge, KN has introduced KN Battery Chain, which it calls the world's first end-to-end logistics solution for transporting and storing lithium batteries and cells along the battery's lifecycle. KN currently offers the service for transportation between Asia and Europe and for logistics activities within Europe. "We will soon provide the service in North America," Glass adds.

A company shipping batteries from, for example, Japan to Germany would have three transportation options with KN Battery Chain—by air from Tokyo to Frankfurt, by sea to Vladivostok and then by rail to Germany, or by sea from Japan to Hamburg.

KN Battery Chain takes responsibility for meeting the successive regulations that apply to lithium ion batteries all along the supply chain. "The benefit for customers is that they do not have to worry about conflicting regulations, as Kuehne + Nagel will ensure that cargo is always in compliance," Glass says.

While looking ahead to future challenges, automakers and their suppliers also struggle with more immediate disruptions. One current problem is a shortage of basic electrical parts, says George Whittier, COO and vice president of operations at Morey Corp., a manufacturer in Woodridge, Illinois.

Morey makes customized electronic components for several industries, including automotive. Its subsystems go into products such as vehicle lights made with light-emitting diodes (LEDs), and start-stop systems used in newer cars to reduce idling time.

The proliferation of electronics in vehicles and in a vast range of other products—from computers to kitchen appliances—has boosted demand for basic components such as resistors and capacitors. To complicate that problem, as supplies started tightening, companies that can get hold of those components are buying as many as they can, to hoard for future us, Whittier says.

Staying Ahead of the Problem

Like other suppliers to the automotive industry, Morey tries to stay ahead of the problem by identifying alternative sources for parts that could soon become hard to find.

"The second thing we do is look at upgrade components," Whittier says. For instance, if a customer specifies an industrial grade component, and Morey can't find a source for that item, it might recommend a more costly, automotive grade equivalent. When necessary, Morey might also ask permission to use a lower grade component that still meets the customer's need.

The shortage also has forced Morey—like every other company in the market—to engage in the sort of hoarding that perhaps helped to cause the problem in the first place. "This is inflating our inventory," Whittier says. "But we're going to get the parts so we can protect our customers."

The rise of EVs and AVs—as well as the advent of new systems for safety, comfort, and entertainment in conventional vehicles—will further boost demand for electrical components, while also redefining how the automotive supply chain works, from first mile to last.

Supply Chain Disruption: Do or Die

Some supply chain disruptions come out of nowhere, and automakers have just an instant to respond. That was the case in May 2018, when an explosion and fire destroyed a factory belonging to supplier Meridian Magnesium in Eaton Rapids, Michigan. Ford, General Motors, Fiat Chrysler, and Mercedes relied on that plant for parts.

For Ford, the disaster halted production of the popular F-150 truck and other vehicles. To get assembly back on track, Ford decided to ship several die tools, including one weighing 87,000 pounds, to a Meridian Magnesium plant in Nottingham England. When production restarted there, Ford flew the parts back to Michigan daily on a 747.

To move the massive die, Ford worked with Active On-Demand, an expedited carrier that is part of Roadrunner Transportation Systems. Active On-Demand had the die trucked to an airport in Columbus, Ohio, where it was loaded onto an Antonov Airlines AN-124-100 aircraft, one of the largest cargo planes in the world.

Transporting an item that size would normally take about 10 days, but Active On-Demand completed the job in just five. "It came down to working around the clock to make this happen," Stenglein says.

Related Articles
Automotive Aftermarket: Firing on all CylindersThe Automotive Aftermarket: Time for a Tuneup?Trends—October 2015The Keys to Dangerous Goods/Hazmat Shipping ComplianceTurn to Technology to Attract the Next Generation of WorkersTransparency to Efficiency: How IoT Can Increase the Productivity of Your Transportation (Sponsored)5 Hacks for Recruiting in Supply Chain ManagementAdding Value to Your Supply ChainCarrier Network Plants Seeds of Delivery EfficiencyIncoterms: Playing by the Rules More related articles...