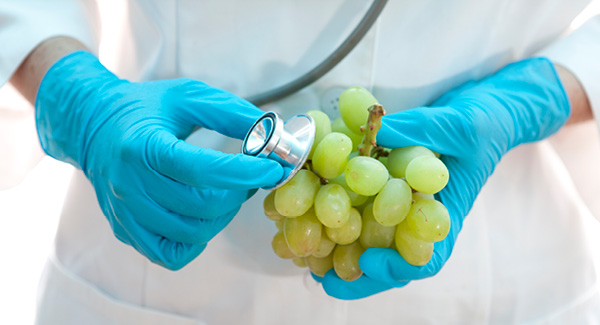 "We need to look at the food system as a whole, be clear about the food safety responsibility of all participants, and strengthen accountability for prevention throughout the entire food system—domestically and internationally." That's the statement Dr. Margaret A. Hamburg, commissioner of food and drugs, made the day before President Barack Obama signed into law the Food and Drug Administration's Food Safety Modernization Act (FSMA). Hamburg was referring to the entire food supply chain, including its new transportation rules.

The FSMA took a rocky journey through the U.S. Congress, but now that it has passed, it sets a mandate for the Food and Drug Administration (FDA) to require comprehensive, service-based, preventive controls across the food chain. These controls cover safe production and harvest, the facilities used to store and process food, and the transportation system that handles products along the supply chain.

For food shippers, complying with the FSMA means more inspections, recordkeeping, and testing. It also gives the FDA greater authority to act—including issuing mandatory recalls if a company does not respond to a voluntary recall request.

Before the new law gave the FDA authority to require a recall, food companies typically recalled much more of a product than was actually affected, or even suspect, in an effort to ensure safety, notes Jon Eisen, senior vice president, government relations for the International Food Distributors Association (IFDA), a trade organization of foodservice distributors serving operations throughout the United States, Canada, and other countries.

In recent disease outbreaks resulting from contaminated food, determining the source of the contamination has been difficult, Eisen says. In one case, for example, tomatoes were recalled, but authorities later determined that tomatoes did not cause the outbreak.

Other challenges impede determining a foodborne disease outbreak's cause. For example, even if the FDA knows the source of the contaminated food, the problem could have occurred in a field that has already been harvested. And a blanket recall statement could cause consumers to avoid all products in that class—say, not buying spinach because a specific crop is suspected as the source of an outbreak.

Responding to an advance notice of proposed rulemaking for the Sanitary Food Transportation Act (SFTA), IFDA points out that "foodservice distributors have been primarily regulated by current Good Manufacturing Practices (GMP) contained in Title 21 of the Code of Federal Regulations."

During a revision of the GMP regulations, specific provision was made for warehousing and distribution: "Storage and transportation of finished food shall be under conditions that will protect food against physical, chemical, and microbial contamination, as well as against deterioration of the food and the container," IFDA notes.

However, the SFTA requires the Secretary of Health and Human Services (HHS) to "issue regulations setting forth sanitary transportation practices to be followed by shippers, motor vehicle or rail carriers, receivers, and others engaged in food transport."

That broad-brush language sweeps in not only the food distributors represented by IFDA, but also any shipper, consignee, carrier, warehouse, or third-party logistics provider.

Buried deep in the SFTA's history is the fact that the U.S. Department of Transportation (DOT) was originally assigned the task of inspecting food safety during transportation. Because food inspection fell outside DOT's expertise, that responsibility was eventually shifted to the FDA, which had the opposite problem.

Although it possessed the knowledge and mechanisms for inspecting food safety in the field and in facilities, the FDA did not have transportation expertise. As a result, little has happened in food transport, aside from the industry itself providing better controls and visibility. And now, HHS, the agency over the FDA, is being directed to develop safe practices for food transportation and distribution.

IFDA has been vocal about the rigor the food industry already applies to these functions. "Further rulemaking developments in this area should refrain from overly prescriptive regulatory language, which would be inappropriate because of both over-breadth and under-inclusiveness," it cautioned in comments concerning SFTA.

Further describing how best practices regulate the industry, IFDA says, "Sophisticated foodservice operators will present distributors with exhaustive sets of product storage and delivery specifications, as well as require their own or third-party audits."

At this point, the effort is not to stave off regulation—the Food Safety Modernization Act is already law. The effort is to encourage collaborative efforts from the public and private sector to ensure safety while avoiding overly restrictive requirements.

Regarding increased FDA inspections, "Inspection as to the condition and functioning of outbound trailers is part of any master sanitation schedule," the IFDA points out. 'The reasons for this are simple: maintenance of the cold chain is an essential part of ensuring not only compliance with Good Manufacturing Practices under 21 C.F.R. § 110.93, but product quality and cost containment as well.

"The essential principle is that a foodservice distributor will not accept an out-of-specification product inbound, and will not send product outbound if the conveyance is not operating in accordance with the customer's specifications," the trade group adds.

One Up, One Down

Traceability is the tougher issue that may result from the mandate for sanitary transportation rules. Doug Sibila, CEO of Peoples Services Inc. and a member of third-party industry group the International Warehouse Logistics Association's (IWLA) government affairs committee, says IWLA has been out ahead of the traceability issue and recall requirements.

On the recall issue, he says, the government initially wanted anyone who touched a product to be responsible for a recall if something was amiss. The third-party industry has held that it does not own the goods under its care. Rather, a condition of bailment (one party gives property to another party for safekeeping) exists where possession or control, but not ownership, of the item is transferred. The bailment condition ceases when the agreed purpose for the bailment has been completed and the goods are returned to the bailor or disposed of according to the bailor's instructions.

For a food warehouse, the bailment exists for the storage of the goods, and essentially ends when the owner of the goods directs them to be delivered to a customer. That much may be clear and can keep the third party out of the recall requirement, except as it acts at the direction of its customer to collect, store, or transport recalled food items.

But as government agencies look for better visibility and traceability of adulterated food, current laws limit how far they can require traceability. And that is one level up and one level down the supply chain, under the Food, Drug, and Cosmetics (FD&C) Act.

The FDA spells it out: "Persons who are required to submit a facility registration under the FD&C Act are the owner, operator, or agent in charge of a domestic or foreign facility engaged in manufacturing, processing, packing, or holding food for consumption in the United States."

This levies a reporting requirement on those "responsible parties" under the Reportable Food Registry in cases where there is "a reasonable probability that the use of, or exposure to, such [adulterated] article of food will cause serious adverse health consequences or death to humans or animals."

In addition to reporting the situation to the FDA, the responsible party also notifies the immediate previous source(s) and/or immediate subsequent recipient(s) of the article of food. Each level of "responsible party" that receives such notification, in turn, reports and notifies under the same terms, taking the process completely up and down the supply chain.

In the current notification scheme, a responsible party may be called upon to communicate a suspected problem with multiple sources and/or multiple recipients—especially in the case of mixed product loads.

How far sanitary transport rules might go is difficult to say. A facility receiving moldy or foul-smelling produce would likely reject the load and notify its supplier, and possibly the carrier, to initiate a claim. Does that constitute a reportable food under FDA guidelines?

If a load arrives that should be refrigerated to 38°F, but the trailer doesn't feel cold when the dock worker enters, is that enough to require reporting and notifications under the yet-to-be-determined sanitary transportation rules?

In both cases, the problem could be limited to a single load, and the situation is contained when the suspect food is removed from the food chain. A one-up notification helps identify whether the problem extends to an entire lot of multiple shipments or is limited to a single trailer load. And, with the use of technology that is already required for commercial vehicles, that determination could be made quickly.

The same onboard recorders that register vehicle duty cycles and driver records can add data collection from temperature sensors monitoring the load. When a visible problem is detected at the receiving dock, those records could be polled to determine whether the whole load was subjected to unsafe temperature ranges for prolonged periods.

The situation changes slightly if there is no visible cue to examine the load more closely. If the refrigeration unit operation was interrupted but is running when the load is delivered, it may not be apparent that there could be a problem. That information would come from the data record contained in the onboard recorder, and it may only become visible when the carrier retrieves the data.

If the sanitary food transportation rules mirror those already in place for food safety, the carrier becomes the "responsible party" required to notify one up and one down the supply chain of the possible problem.

The food industry has been urging the FDA not to create excessively restrictive or redundant rules as it meets its statutory requirement to develop safety regulations. Parallel developments in driver safety and compliance, industry best practices, and the economic need to improve productivity and reduce waste have come together to provide a nearly complete solution for food safety, just when the responsible regulatory agency is looking for answers.