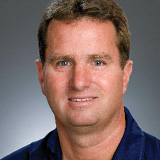 Q: How has technology enhanced the relationship between third-party logistics (3PL) providers and carriers?

A: The term "shuttle diplomacy" typically describes foreign negotiations between governments and political entities across great divides. Technology has served the same role in the transportation industry, particularly in strengthening partnerships between 3PLs and carriers.

In the past, carriers and brokers tended to work in separate silos, holding their cards close to their vests when it came to sharing information. Today, technology has allowed us to break down those barriers, and improve communication in productive and positive ways.

Freight management software is one of the brightest stars leading this trend. It has allowed 3PLs and carriers to lower shippers' costs by up to 15 percent—and still create a win-win-win outcome. How? The answer gets back to shuttle diplomacy.

Consider the example of a shipper who deploys a fleet of trucks to deliver 10 different loads to customers in multiple locations. On the return trip, five of those trucks get back on the road shortly after making their deliveries, fully loaded with new shipments. Unfortunately, the other five are burning money waiting to coordinate backhauls—perhaps due to insufficient demand on the other end, or possibly a carrier who is traveling a new and unfamiliar lane. If this cycle repeats week after week, the shipper may receive a sticker shock at the end of the year.

Powered by the Internet, transportation software can analyze the traffic patterns of thousands of carriers to pinpoint the ones that are best suited for specific lanes. Bid offers are then distributed and processed electronically to the most qualified carriers.

Here's the win-win-win: Shippers typically get more competitive pricing, greater reliability, and better service. Carriers reduce their operational costs with more regular runs. And 3PLs grow overall sales volume with oversight of even more loads through stronger relationships with both carriers and shippers.

Freight management systems also provide greater efficiencies in mode selection, so businesses are not wasting the space of a full truckload with a less-than-truckload shipment, or vice versa. Furthermore, companies are able to be proactive—rather than reactive—in sharpening the efficiencies of their daily transportation operations.

The bottom line: Today's transportation technology provides better control results throughout each step of the transportation process—with the greatest rewards being shared by all. That is the ultimate shuttle diplomacy.