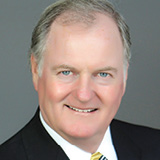 David Cohen, 202-872-5283, are chairman and executive director, respectively, of the Cargo Intelligence, Security, and Logistics Association.

In a speech at the Massachusetts Institute for Technology in March 2011, Department of Homeland Security (DHS) Secretary Janet Napolitano said, “Innovation is critical to economic growth, international competitiveness, and national security. We must expand government’s collaboration with the science and engineering communities in industry and academia to include a deeper, broader partnership on homeland security.”

Nowhere is this statement more true than in the global supply chain. With the events of Sept. 11, 2001, and the creation of the DHS, the public and private sectors committed themselves to developing new supply chain security technologies. The by-product of these endeavors has resulted in new systems that also make trade more efficient and cost-effective.

This technology-driven approach has been supported by the European Union’s Seventh Framework project, piloting the use of “smart” technology throughout aspects of the supply chain.

Moreover, the Flanders Institute for Logistics recently released a report chronicling a multi-year test using technology to establish secure trade routes. This initiative serves as proof that broader use of these systems can assist governments, and save time and money for the trade industry. Similar supply chain technology programs have been started at DHS and the World Customs Organization.

Recently, the Cargo Intelligence, Security, and Logistics Association was formed to facilitate the public-private dialog on supply chain technology referred to by Secretary Napolitano. Because progress in this field is occurring so quickly, such conversations are vital. As is so often the case, the technology is getting ahead of the laws and policies drafted decades ago by authors who never could have envisioned the capabilities vested in today’s digital age.

Through discussions in the United States, EU, and elsewhere, governments and industry are becoming more aware of what these systems offer as a matter of both economics and security.

Fifty years ago, Malcom McLean revolutionized the trade world when he introduced the shipping container. When McLean died in 2001, Secretary of Transportation Norman Mineta noted that, up until then, “shipping was previously conducted in much the same way the ancient Phoenicians did 3,000 years ago.”

Today, we are again on the cusp of a trade revolution. With today’s technology, we can track the location of a container anywhere in the world and determine whether the cargo it contains is safe and secure.

In these turbulent times, never has this been more important. The safety and economic stability of our nation, and the world, depend on it. Thankfully, we haven’t had to wait another 3,000 years for these developments.