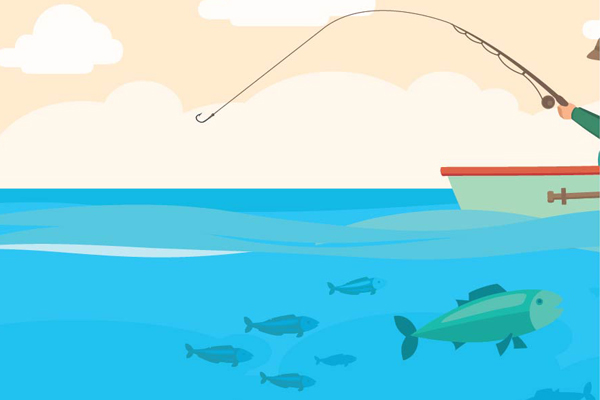 When a company considers opening a new site in the region he represents, Matt Hall, executive vice president of One Southern Indiana, the lead economic development organization and chamber of commerce for Indiana's Clark and Floyd Counties, knows the business will weigh a range of factors. Among them are regulatory climate, local and state taxes, infrastructure, land availability, land, utility and logistics costs, and workforce. Another crucial component is the availability of tax, energy, and land incentives that can boost the company's bottom line and improve its chances for success at a new site.

Incentives play an essential role in economic development, though they should be kept in perspective. In particular, incentives should never be the most important factor in discussions between companies and communities about potential new sites. Other assets play a more integral part in a company finding long-term success at a site and providing sustainable economic benefits to a community, Hall says.

Critical Piece of the Puzzle

However, when a region meets other essential priorities for a company seeking a site, the incentive package becomes a critical piece of the puzzle—an ingredient that can make or break a locality's chances of landing a project.

"Incentives are a crucial component of the entire package," Hall says. "They serve an important purpose for both companies and communities."

Incentives are typically important most often for larger projects in the site selection process, she adds, particularly for companies with call centers, IT services, and operation centers.

"Depending upon the scope and size of a project, start-up costs can make the difference between getting a project off the ground and seeing it fail," Daniels says. "Costs continue to accumulate even after the project opens. Tax incentives can lift that burden off every phase of a company's budget."

Economic development is a team sport, Hall says. In order for a region to thrive, multiple parties need to work together to create conditions, such as incentive packages, that support success.

"It's never just one organization or individual doing this work; it's a meeting of the minds of many organizations and people who share the same goal," Hall says. "Utility partners, local governments, colleges, universities, and schools all have a role to play in successful economic development."

Similarly, ElectriCities works "hand-in-hand with our municipalities across the state to provide a package that works for both the muni and the company," Daniels says.

Among the entities that collaborate closely with One Southern Indiana on economic development efforts is Hoosier Energy, a generation and transmission cooperative that provides wholesale electric power and services to 18 member distribution cooperatives in central and southern Indiana and southeastern Illinois. Hoosier's economic development team assists businesses locating or expanding in its service territory, offering support such as cost-of-doing-business estimates and analysis, infrastructure financing, and special electric rates.

The collaborations across entities all point to helping businesses excel in their new homes from the outset.

"Both at the local and state level, we are hardwired to get a company up and operational—and profitable—as soon as possible," Hall says. "That's an important incentive. We understand that if a company is not open for business, then it is not making money. We make sure to work hand in hand with state and local parties to make sure that happens."

Sometimes the sense of collaboration can cut across regional interests. For example, the One Southern Indiana region is located just across the Ohio River from Louisville, Kentucky. The proximity of the two areas and their respective strengths can help each other when attracting businesses. They occasionally join forces to leverage the assets on both sides of the river.

"We're starting to see the benefits of working in tandem," Hall says. "We know that if the mouth of the funnel is larger, then we will have more projects feeding into that funnel."

The key to a successful incentive package is that there are no losers—"it has to be a win-win for both parties," Daniels says. The incentives should be designed to ensure that they both help a company excel and provide the local community with a subsequent boost.

Incentive packages need to be able "to stand up to public scrutiny," Hall says. "There has to be a return-on-investment for the taxpayer."

Investing in the Community

Investment is an important word. Incentives do not amount to a giveaway, he says, but instead are an investment in a company and its potential value to a community. When communities keep an investment mindset, they create productive incentives.

"Every community should take a close look at the incentives that they use to attract or expand businesses," Hall says. "Is it a good investment? Will the taxpayer see a return?"

For instance, beginning Jan. 1, 2019, Hoosier Energy will offer a new economic development rider to businesses that locate in its service territory. Eligibility criteria is tied to a company providing sufficient returns for the community. The rider offers a savings of up to 30 percent on a company's electric bill in its first year at the site and an average savings of approximately 16 percent per year over the first six years of power service.

Tom Stringer, corporate real estate advisory managing director, site selection and incentives for BDO, which provides accounting, tax, audit, and consulting services, says incentives have evolved so that most follow a pay-for-performance model that means companies receive the benefits of the incentives only as they meet certain benchmarks. "The majority of programs in the country now operate this way," Stringer notes.

"That's good public policy," he adds. "That's how an incentive becomes an investment and that's how it should be."

Every company is different, as is every community. For that reason, experts say incentives should be created to fit each unique situation.

Stringer agrees. He says the types of incentives pegged to a project, including when they take effect, "should change all the time, based on the types of projects, companies, and investments that municipalities want.

"Some locations want to be service-oriented, some want to be industrial, some want to work with newer technologies," Stringer says. "All those companies need something different to be successful, so locations need to tailor their incentives to enhance their competitive advantage."

Designing unique incentive packages for each project "is the only way we work; there is no one-size-fits-all approach," Daniels says. "Each project is different and each has its advantages and disadvantages."

A utility company, for instance, has a mix of incentive types that it can bring to the table, depending on the scope, needs, and other characteristics of a particular project. "The incentives that a utility can offer could be a variety of items: reduced utility rates over a five-year period, underground service at no cost to the company," she says. "Sometimes, generation plays a factor in the decision the utility company makes."

Daniels points to the Gastonia Technology Park in Gastonia, North Carolina, as a success story that illustrates the type of support utility companies can offer. ElectriCities provides on-site backup generation of 12 megawatts to customers locating within the 422-acre park, which is known as a Prime Power Park. With the backup generation, tenants can protect their plant operations from power outage disruptions without the cost of buying and maintaining their own redundant power systems. The emergency generation is designed to restore power to the park within 30 seconds after loss of off-site utility power.

ElectriCities offers the backup generation at no cost to the park's tenants. Several large companies have located to the park, including four foreign firms. Only one shell building remains available.

In the One Southern Indiana region, working with entities such as Hoosier Energy, flexibility is paramount to serving projects effectively.

"Some projects have more infrastructure needs than others, and some require more skilled training," Hall says. "How do we help those companies? How do we customize our incentives to provide the tools they need to be successful? It's about looking at the needs of each individual company."

Matt Hall, executive vice president of One Southern Indiana, questions whether a project will be a good fit for his organization's communities if company representatives start pressing on incentives while still gathering basic information about the Southern Indiana region.

"When a company calls and asks, 'What are you going to give me?' that's a red flag," Hall says. "My immediate response is, 'Well, what are the taxpayers going to get? What's the community going to get?'"

Gregory Burkart, managing director and practice leader of site selection and incentive advisory services at Duff & Phelps, agrees. Incentives should be reserved for later in the decision-making process, he says. In best practice, incentives tend to separate localities with comparable other advantages.

"They should never lead the discussion, and I'm leery of companies whose first question is, 'Where can I get the most money?' That suggests their priorities aren't in the right place," Burkart says.

Although the examination of incentives should come later in the decision-making process, that does not diminish their ultimate value, Hall says. They can prove to be the final boost across the finish line.

"When you get down to those final few sites, incentives can become increasingly important among the critical factors that will help push a decision one way or another," Hall says.

Burkart says no one wants a bad match between a community and company, and there is no reason to develop creative, tailored incentives to try to overcome a poor fit. Incentives should be reserved for companies that seem poised to excel at a site.

"It's difficult for economic development incentives to make up for a bad site selection decision," Burkart says. "If you try to smooth out the rough edges with incentives, it's important to remember that those incentives only last a finite period of time. When they wear off, you're left with a suboptimal location."