Taking the Measure of Global Trade 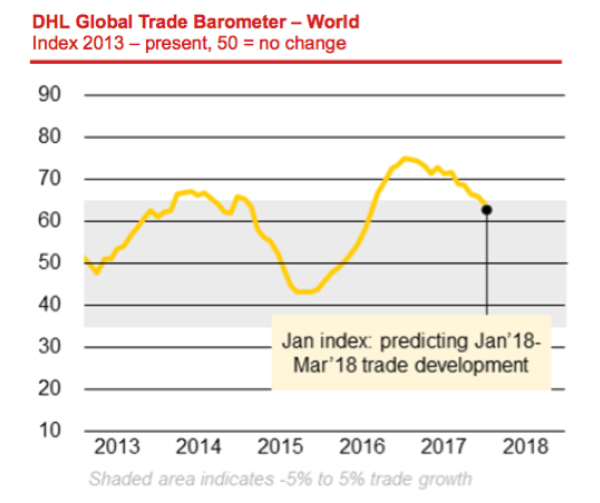 Cross-border trade of intermediate goods and early-cycle commodities point to a moderate increase in world trade through March 2018, according to the DHL Global Trade Barometer for January 2018. On its initial release, the index scored 64, which is slightly below the values calculated for previous months (see chart). That means that world trade is still considered to be in a growth mode, but that growth is losing momentum. The index attributes the decline to weakening prospects for Chinese and Japanese trade, which is only partially offset by improved prospects for India, South Korea, and Great Britain.

The index was jointly developed by DHL and Accenture, and will be published quarterly.