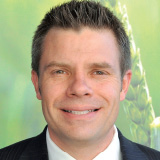 As diesel prices continue to rise, optimizing fuel economy challenges shipping and logistics professionals everywhere. For many, the urgency to deliver fuel savings or manage escalating fuel costs is increasing as rapidly as the average price of diesel—which has climbed nearly one dollar from last year. It remains up nearly 25 percent year over year, and experts don’t expect it to decline much further—at least not anytime soon.

One solution to coping with high diesel prices is updating your fleet to comply with the Environmental Protection Agency’s nitrogen oxide (NOx) emissions regulations. All companies manufacturing, buying, or leasing new trucks must utilize one of two technologies to comply with the stricter standards. Making the switch now takes advantage of the fuel economy and cost savings achieved with one of the new emissions-reducing technologies.

While the implementation of these technologies is relatively new in the United States, both have been in the global marketplace for more than five years. While both can reduce NOx emissions by up to 90 percent, SCR utilizes diesel exhaust fluid (DEF), a high-quality, urea-based solution that enables engines to run more efficiently and reliably, providing significant cost and fuel savings over EGR.

Adding up the benefits

OEMs and fleets using SCR have gained fuel efficiencies ranging from four to 11 percent. Volvo, for example, has reported a five-percent fuel efficiency gain using engines with SCR compared to its older engines.

Even when accounting for the cost of DEF—which is approximately two percent of fuel cost in the United States on average, depending on price points and usage—most fleets and OEMs are gaining a fuel economy net savings of two to nine percent. With diesel averaging around $4 a gallon, this savings adds up when multiplied across an entire fleet.

Although some fleet managers worry about the inconvenience of having to fill DEF tanks—a necessity to keep SCR engines running—the widespread availability and distribution of DEF ensures this task is streamlined into the re-fueling process.

More than 3,500 locations sell packaged DEF today, and the supporting infrastructure is steadily expanding as the nation’s largest truck stops continue to install DEF pumps. Further, the average consumption of DEF is generally two percent per gallon—for every 100 gallons of diesel used, two gallons of DEF are used. Consequently, truckers need to tank much less for DEF than they do for diesel fuel. And while the rate of DEF consumption varies by fleet, truck, driver, and route, 2.5 gallons of DEF yield on average more than 350 miles of U.S. travel.

More than 95 percent of OEMs and fleets globally have already chosen SCR technology over EGR. As more SCR trucks hit the road, shipping and logistics professionals facing stricter emissions regulations and rising diesel prices will have an opportunity to take control of their fleets and realize the fuel and cost savings SCR brings.

Related Articles
Could New Fuel Efficiency Standards Lead to Transportation Cost Savings?Trends—May 2014A Strategic Approach to Strengthening Supply ChainsNatural Gas For Long-Haul Trucking: Working Together to Get It RightCNG as a Transportation Fuel: A Fuel Manager's PerspectiveGreen on the GroundFirst They Came For Our Trucks
Trends—September 2010
Trucking TransformationNoted: The Supply Chain In Brief More related articles...