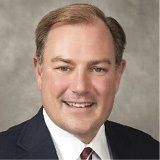 The supply management function is in the spotlight as a key driver of profitability. Approximately 82 percent of all chief procurement officers (CPOs) report directly to their CEOs, according to CAPS Research. CPOs have reach, influence, and responsibilities that go far beyond the cost containment practice of the past into virtually all areas of a company's operations.

John A. Hill, president of Air Reduction Company, was prescient in 1953 when he recognized the growing influence of supply management as a "profit-making activity" best handled as a separate and distinct function reporting to the chief executive or another top-level operating executive.

Since Hill first talked about a "purchasing revolution" more than 60 years ago at the National Association of Purchasing Agents' national conference, the CPO has become the linchpin of a company's competitive advantage as well as the guardian of its corporate reputation and social responsibility.

A Seat at the Table

Today's CPO is a key member of the executive team tasked with identifying and mitigating crises, including natural disasters, product failures, ethics breaches, or financial problems. And whenever that crisis hits, CPOs are at the table with the CEO, chief operating officer, chief financial officer, and the heads of legal, public relations, and the affected business units.

As professionals who understand the entire process of manufacturing, shipping, and marketing products, and who recognize that suppliers can be closely aligned with the company's goals and objectives, CPOs help define a company's competitive advantage.

In 2015, 83 percent of all corporate spending went to hundreds of thousands of global suppliers and only 17 percent went toward corporate manufacturing plants, staff, and operations infrastructure, according to CAPS Research.

Consider the perspective of Alan Mulally, former president and CEO of Ford Motor Company and former CEO of Boeing Commercial Airplanes, who credits the procurement/supplier relationship with those companies' success. Speaking to several people prior to presenting at the ISM2016 conference, he said: "Boeing and Ford are two of the most successful corporations in the world and I would credit their relationships with their suppliers as an absolute key to their long-term success. All of my years at both I've always had the head of procurement on the leadership team."

The CPO's role also has expanded to include managing the globalization of business and ensuring compliance with sustainability and social responsibility principles. Not only does the government discipline companies for not adhering to regulations that protect humankind and the environment, but consumers also punish companies that don't handle themselves responsibly through public outcry and boycotts.

When companies have hundreds or even thousands of suppliers under contract, they face huge levels of complexity in protecting their ethics, image, and reputation. Among suppliers, poor working conditions, loose financial transactions, skirting environmental regulations, or substandard material or parts quality can all turn into scandals that affect the contracting organization.

The procurement profession has evolved significantly since its early days as a tactical buying function. Procurement is a profession that offers a real opportunity for a challenging career where one can truly make a difference in the world.

Related Articles
Caldwell Hospital Gets a Lean Bill of HealthGlobal Logistics—October 2016Global Logistics—March 2016Is Your Business Prepared for the Worst?Lin Ding: A Healthy Perspective on ProcurementTim Thoma Brings It InUse Supply Chain Modeling to Mitigate Port Shutdowns and Other RisksTurn to Technology to Attract the Next Generation of WorkersTransparency to Efficiency: How IoT Can Increase the Productivity of Your Transportation (Sponsored)5 Hacks for Recruiting in Supply Chain Management More related articles...