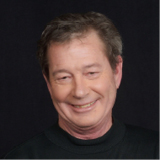 Harvey’s impact is being felt throughout the Southwest as transportation spot market pricing is expected to spike. The consumption of transportation resources through the combined effects of idling labor, equipment damage, and relief efforts will have ramifications for many months.

In the wake of Hurricane Katrina in 2005, spot market pricing jumped 20 percent and remained at those rates until Christmas 2005. Further complicating matters, this year the ELD mandate goes into effect on December 18.

The magnitude of Harvey, affecting roughly four times the people that were affected by Katrina in 2005 AND the disruption in oil field and refining will deal a one-two punch to the ecosystem that is the transportation backbone of the United States. You have to consider for a moment that this transportation marketplace is roughly in balance and events like Harvey throw it out of balance. And Harvey is an event of epic proportions.

FEMA is sending truckloads of ice and water to be staged in the Houston area. In the aftermath of Katrina, there were roughly 4,000 refrigerated trucks pressed into service, many for weeks simply for ice, let alone drinking water and other supplies. Most of the idled trucks were from the open or spot market, adversely affecting pricing throughout the country.

Fuel prices and consequently the fuel surcharge is expected to spike. Texas and the Gulf Coast region provide nearly 30 percent of the refining capacity of the United States. That capacity is currently offline, and some facilities are so swamped it may be weeks before they are back in production. Additionally, there will undoubtedly be damage to some of the facilities that will take months to repair.

Contract transportation will shift some capacity to the spot market to take advantage of the higher prices being paid in that market. This will cause shippers to dig deeper into their bench of contract carriers at higher prices. After Katrina, contract pricing jumped 7 percent nationally. Since Harvey is a larger disaster than Katrina, its effect will likely eclipse Katrina’s.

Some experts predict that Harvey will affect 7 percent of transportation in the first weeks after it’s gone and up to 2 percent on a long-term basis either through damaged equipment, truckers shifting to relief and rebuilding efforts, or equipment consumed by rebuilding efforts. Houston is expected to take many years to rebuild.

Using more freight brokers is not the answer. If you tender your loads to multiple brokers, truckers see this in load postings. Truckers are smart and they are not loyal to a specific broker. Truckers will shop your load to multiple brokers, looking to the broker that pays the most. This will affect your pricing in the long haul. Use one broker per load.

Expect the greatest effect to be in inbound pricing throughout the southwest Gulf Coast. Harvey’s aftermath will require first a massive relief effort and then a long rebuilding cycle. This will create an overbalance of inbound shipping. Also, to be considered is the agricultural decimation of Harvey obliterating many thousands of loads exiting the area. The manufacturing ecosystem of Houston likewise, is likely out of commission for the near future and somewhat diminished for quite some time.