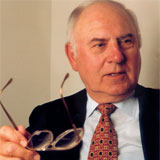 Recently, a U.S. District Court in Arizona rejected a freight forwarder's attempt to issue an airbill for a partial truckload shipment because the shipment was moved by truck—neither the shipper nor the forwarder ever intended to move it via air.

This decision has broad implications for the trucking and brokerage industries as it is one of few decisions to address a widespread practice by certain transportation companies looking to skirt industry regulations as well as liability risks.

The case is also important for shippers, as it demonstrates their urgent need to be responsible and diligent when hiring providers to transport goods. Although the government is getting out of the business of protecting the shipping public, Congress has given parties a private right of action in the federal courts in lieu of government prosecution of violators.

Shippers have no one to blame but themselves if they do not take advantage of this new statute.

Seeking to avoid government regulation and liability for losses, some transportation companies claim to operate under a statutory exemption that permits them to substitute trucks for airfreight shipments when situations arise such as adverse weather conditions, airplane mechanical failure, or other causes beyond shippers' or carriers' control.

When one of these conditions exists, a truck may be substituted without meeting the Federal Motor Carrier Safety Administration's (FMCSA) licensing regulations.

In practice, however, truckers are moving a large volume of traffic through this loophole, without being licensed or subject to the Carmack Amendment's full liability statute. (The Carmack Amendment states that a motor carrier, freight forwarder, or railroad is liable for the full invoice value of lost or damaged goods unless the shipper agreed in writing to a lower limitation in return for a lower rate.)

These companies operate under airbills that limit their liability to the airline industry's comparatively low 50 cents per pound.

In the Arizona case, a broker hired a licensed domestic freight forwarder to send an LTL shipment of electric scooters from Tucson to Texas. The broker prepared a pre-printed bill of lading for the shipper that limited the carrier's liability to $25 per pound, a level maintained by nearly half of all LTL carriers.

The forwarder hired a trucking company to pick up the shipment; its driver signed the broker's bill of lading. The driver, in turn, had the shipper sign the forwarder's airbill, which limited the forwarder's liability to 50 cents per pound.

"The driver did not explain the airbill's contents or its purpose, or mention the limitation of liability contained therein or any other available rates," according to the court.

The facts of the case revealed that this broker routinely issued the same bill of lading with a $25-per-pound limitation to the forwarder's drivers, who always signed it without objection. The court also found the forwarder never informed the broker it was operating under a substituted airbill, and never gave the broker or any of its customers a copy of this airbill until the claim was filed.

Conversely, the broker had no idea the forwarder's bill of lading/airbill existed, and was unaware of the terms and conditions contained in the document.

"Under the circumstances, no reasonable person would have understood the document [the forwarder's airbill] to be the bill of lading for the scooter shipment," the court found.

Using previous citations, the court ruled that when a through bill of lading exists—one that names the ultimate destination, as distinguished from multiple bills of lading from connecting carriers—that bill of lading governs the entire movement.

In addition, the court rejected the forwarder's airbill on the grounds that carriers must provide shippers with reasonable notice of limited liability and a fair opportunity to purchase higher liability. Although the forwarder's airbill attempted to offer a choice of rates by referring to its tariffs, in fact, it had no tariff, the evidence of record revealed.

The court, therefore, determined the shipper was not offered a choice of rates, and held the forwarder liable for the full value of the missing goods.

The suit also alleged that the forwarder violated several FMCSA regulations by operating under an airbill instead of a truck bill of lading. The airbill violated federal statutes by providing time limits of less than nine months for filing claims; less than two years from a disallowance for instituting suits; and by requiring overcharge claims to be filed within 90 days instead of 180 days.

Finding that the forwarder also violated the Carmack Amendment, the court awarded the plaintiff the full value of the missing goods, as well as its attorney fees pursuant to a provision in the self-help statute that states: "The district court shall award a reasonable attorney's fee under this section. The district court shall tax and collect that fee as part of the costs of the action."

What can shippers learn from this decision?

For all parties involved, failing to adopt and follow these procedures may result in financial loss and/or allegations of negligence. Carriers and forwarders that don't adhere to these laws may find lawsuits brought against them under the self-help statute—which subjects them to paying not only damages, but also plaintiffs' attorney fees.

And brokers or 3PLs that fail to protect shippers against undisclosed liability limitations and other adverse conditions may also be subject to lawsuits and allegations of negligence under the self-help statute.