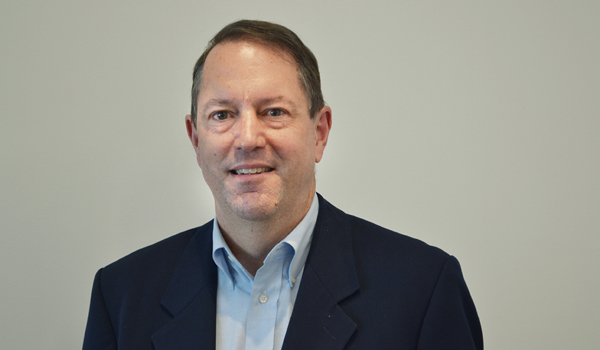 Steve Ahern is manager of supply chain operational design with BASF, a leading chemical company with global sales of $67.8 billion. He has held this position since October 2014.

Responsibilities
Optimizing BASF's North American network of 100-plus warehouses and distribution centers, and designing supply chain services and upgrades to its transportation process and system.

Within the past few years, BASF completed large warehouse optimization projects in the United States and Mexico. Both projects involved working with multiple business units to help them optimize their individual supply chains. These projects are complicated, time consuming, and eventually become outdated over time.

Our major challenge, as with many large companies, is collecting data and ensuring usable data feeds into the model. Inaccurate or incomplete data can throw off the entire model.

We've also learned that after we collect data and build a model, we need to go back to the business units and have them review the data and model outputs. They know their business and customers much better than we do.

We used this process when building a new storage facility. Before deciding on a location, we ran more than 100 scenarios. The original model pointed us toward one part of the country. But when we talked to our colleagues in logistics procurement who know the market, they expressed concern about the lack of carriers in that area, and the impact that could have on costs.

After we re-ran the model, and filtered out the initial result, it pointed to Columbus, Ohio. That facility has been open for slightly longer than one year now, and the expected benefits of cost savings and improved transit time are coming to fruition.

Our goal now is to take a more proactive approach to our warehouse network optimization strategy by developing a dynamic network model. We want to make decisions about our supply chain networks in a few weeks instead of months or years. Being able to react to changing market conditions and respond to customer demands will make us more agile in the future.

In designing supply chain services, we recently completed a project involving ISO depots, or third-party tank container storage locations, in the United States. Typically, we import ISO tanks from overseas and store them at our third-party depots until they are ready to be transported to customers. The project, which was a collaborative effort with other supply chain functions and business units, helped improve the entire process and add transparency by linking the third-party depots with our ERP system. Now we can monitor the ISO tank locations and better manage the inventory.

I attended Providence College on an ROTC scholarship that paid tuition and books, and offered a stipend of $100 per month. That was a lot of beer money back in the day.

After graduation, I owed Uncle Sam four years. I was trained as an Army field artillery officer at Fort Sill, Oklahoma, and then went to the DMZ in Korea for one year. I returned to Fort Dix, New Jersey, as a company commander.

After the military, I earned an MBA at night while working full time. I took a class in logistics and material management and thought it would make an interesting career. It brought in aspects of the military—as we used to say, "getting the troops, beans, and bullets into place."

As an officer in the military, you're given a lot of responsibility at a very young age. One takeaway is that it's your job to make your team successful. It has become my personal motto: Put your team in a position to succeed.

How would you describe your occupation to a five-year-old?

I would use products in a store as an example. How did they get on the shelf, where did they come from, and how were they made? I'd explain that my team's role is to help ensure those products are there when needed.

What movie describes your job?

Apollo 13, and the line, "Houston, we have a problem." Our businesses come to us with problems that need to be solved quickly.

If you could speed the development of a technology that will disrupt supply chains, which would it be and why?

Autonomous vehicles to improve productivity and alleviate the driver shortage.