Soy to the World

The longer the trade tensions between the United States and other countries persist, the more the U.S. agricultural industry needs to rally around containerized soybean shipping to overseas markets. 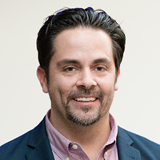 Soybeans, America's top agricultural export, were introduced into the trade battle with China, the world's second-largest economy. The country has been the largest buyer of American soybeans, previously purchasing approximately 30 million metric tons per year, or about 60 percent of U.S. soybean exports. So it's imperative that the United States find new international customers for its soybeans.

The volatility in the world food market has affected all partners in the supply chain—from growers and shippers to intermodal providers and ocean carriers. To make up for lost demand and find new homes for soybeans, the agricultural industry needs to develop and operate diverse and efficient transportation and logistics operations.

the bulk of the problem

Bulk shipping remains dominant in the world grain export market. But unlike Chinese buyers, few other international buyers of soybeans desire a full bulk shipload or the entire contents of one hold. More and more overseas buyers also are demanding crops that can be traced to specific growing regions.

The container shipping system is tailor-made to address concerns over quality, traceability, and shipment size. Plus, containers are in plentiful supply and huge numbers of them are returning empty to Asia and other regions.

Specialty grain shippers already favor containers because the boxes can be loaded, sealed for identity preservation, and transported throughout the system by truck, rail, and ocean carrier to the final destination—all in the same container.

Container shipments currently make up only 5 to 7 percent of total soybean exports, but there is potential for explosive growth as experience illustrates that investments in the intermodal container system pay dividends.

For example, the grain industry near Chicago, America's largest intermodal hub, has converted several small grain facilities from bulk to container to take advantage of the proximity to an available supply of empty containers that need to be repositioned back to Asia.

Soybeans loaded into containers in Illinois reached a new high of 66 million bushels in the year before China disrupted the market by imposing tariffs on U.S. soybeans. An average of 52 million bushels had been shipped in containers in Illinois over the previous decade, according to a report prepared by Informa Business Intelligence for the Illinois Soybean Association checkoff program.

American farmers grew a record 4.54 billion bushels of soybeans in 2018, including 698.7 million bushels in Illinois, the largest soybean-producing state in the nation. The record harvest underscores the need to take advantage of the long-term benefits of market diversification and expanded customer base that come with container shipping.

Related Articles
Turn to Technology to Attract the Next Generation of WorkersTransparency to Efficiency: How IoT Can Increase the Productivity of Your Transportation (Sponsored)5 Hacks for Recruiting in Supply Chain ManagementExtending the Life Sciences and Pharmaceutical Supply ChainWalmart’s ShippingPass Has Ended. What Retailers Should Do Next.Supply Chain in the Cloud: How Tech Is Reshaping LogisticsTrends—February 2017Build-A-BoxCaldwell Hospital Gets a Lean Bill of HealthHold On Tight! More related articles...