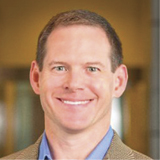 One of my hardest days in the military came in Baghdad during Operation Iraqi Freedom in 2003. I was leading a Special Operations Planning Team and we were using an event tracking system to predict where, what type, and when acts of violence would occur. We predicted a huge rise in attacks with little end in sight.

We were asked to present our predictions to the commanding officer of all U.S. and coalition military forces in Iraq. The general launched into a tirade on how our results were incorrect, our conclusions ignorant, and the predicted number of future attacks impossible. We maintained that our analysis was correct, but the general dismissed us with a wave.

Our Special Forces Commander said that our "incredible character" made him proud to lead us. That awful day in Baghdad found us more correct than we ever wanted. It also convinced me that character is the ultimate attribute for leaders to exercise, employ, and improve so they can successfully solve problems.

3. Character is unflinchingly open, honest, and fact-based. The discussion of enemy attack numbers in that Baghdad conference room relied on honesty; facts based on multiple and reliable sources; and a commitment to openly share results, methods, assumptions, and facts so everyone possessed the same information and understanding. Nothing good ever occurs in the dark, undiscussed and unrecognized.

4. Character values people as the most important asset of an organization. In Iraq, I concluded every mission proposal with the "Special Operation Forces Truths." One is: "Humans are more important than hardware." Character recognizes that all ideas, results, innovations, and successes ultimately come from people who are challenged, led, educated, respected, and appreciated. When you lose or drive away great people, success is rarely possible.

5. Character is quiet so others can speak their opinion and leaders can learn. Leaders who deal with the daily challenges of innovation, customers, competition, employee development, education, revenue, and profitability hold their voice so that others can speak, share, and describe the problems that they see and experience.