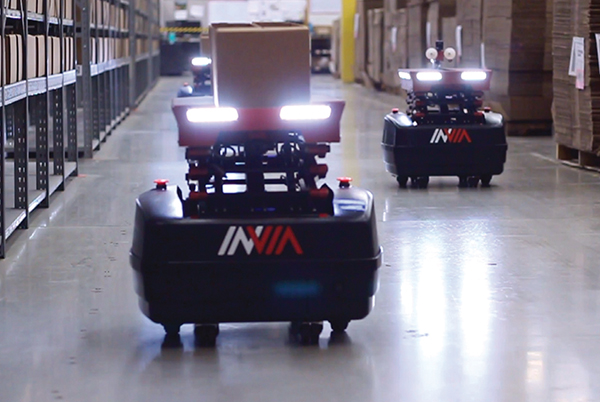 THE CUSTOMER
Ecentria is a technology-enabled e-business platform and the corporate parent of OpticsPlanet, CampSaver, and USIQ—purveyors of high-performance and technical gear and leading destinations for enthusiast customers of the greater outdoor, sporting goods, and tactical consumer markets.

Ecentria offers high-performance and technical gear—think night vision goggles, diving watches, and telescopes for outdoorsy types, first responders, and athletes—through its channels, which include pure-play e-commerce destinations such as OpticsPlanet.com, Dvor.com, and CampSaver.com, as well as USIQ, a commercial distribution and government procurement solutions business.

"Our business has grown year over year," says Andrew Mironov, Ecentria's managing director and head of operations. "We were looking for a technology that would allow us to keep up with sales growth and accommodate for expansion over the long term."

Keeping up with Growth

As Ecentria's flagship store, OpticsPlanet.com offers about 3,700 brands and 1 million items. For more than 12 years, Internet Retailer magazine recognizes it as one of the top 200 e-retailers in the United States.

One key to its ability to offer top-notch service is the Aurora distribution center, which focuses primarily on business-to-consumer fulfillment. At its peak, the center, which employs about 300 workers, handles more than 100,000 unique SKUs. The facility currently ships between 5,000 and 10,000 orders per day.

As sales have grown, Mironov and his colleagues have regularly evaluated third-party solutions that can assist in their efforts to maintain timely and accurate deliveries. "We try to stay ahead of the curve in terms of the technology-enabled solutions available to help drive our mission," he says.

In their search for a solution that would help maintain order fulfillment speed and efficiency, Mironov and his team looked at multiple robotics companies. They also considered firms offering other ways to increase efficiency, such as conveyor systems.

The search led the Ecentria team to inVia Robotics, which offers autonomous robots along with optimization software driven by artificial intelligence. Among the solutions inVia robots can provide is an economical goods-to-person system.

inVia robots can help boost the productivity of warehouse pickers, says Lior Elazary, co-founder and chief executive officer with the Westlake Village, California-based firm. Employees can remain at a station, and a robot brings the items to them. Employees no longer need to walk to locate the goods, boosting efficiency.

Importantly, during the pandemic, the robots can help facilitate social distancing. Because employees spend less time traversing a warehouse and instead remain within a location that can be a safe distance from others, they're less likely to cross paths with other workers.

In addition, the inVia Logic software can design workflows for every task, including picking, replenishment, and cycle counting to include social distancing parameters, says Kristen Moore, chief marketing officer. This helps ensure workers are never directed to be within 6 feet (or another defined distance) from each other. The software can also alert a manger if workers violate the designated safe zone.

Similarly, inVia's remote monitoring capabilities mean managers can keep tabs on operations, even from outside the warehouse. This further helps reduce the number of people on-site.

In a typical inVia implementation, the carts that hold the order totes into which products are deposited are placed next to each human picker. Once a cart fills up, the picker moves it to a separate staging area and another worker moves it to the packing station.

"Employees that interact with the robots as part of the picking or replenishment process can work more or less autonomously, without a lot of interaction with other people," Mironov says

One requirement important to Ecentria was the ability to implement the inVia solution alongside its existing fulfillment operations. "We were able to plug it into what we already have developed," Mironov says.

The two companies worked together to make the implementation a success. Once the contract was signed, inVia's deployment team worked directly with Ecentria's operations, software engineering, and IT teams. They also integrated the inVia software with Ecentria's warehouse management system (WMS).

To test the system, Mironov and his team first automated a small portion of the fulfillment process. Once they proved the concept, they expanded both the robots' functional roles and increased the number of orders fulfilled through inVia's automated system. At the same time, Ecentria continues to improve its existing workforce operations.

In the area of the warehouse where robotics are deployed, they help boost efficiency. Ecentria employees spend less time walking to locate and pick items. Instead, they remain at their stations, and receive products that the robots have pulled from the warehouse shelves and bring to them. As soon as an employee scans the tote, the inVia system instructs them as to where the product should be deposited.

"Those employees can stay at their pick stations and receive the items from the robots, saving us a lot of time," Mironov says.

Once an employee scans the tote, the inVia robot knows it's time to leave and work on the next order, starting the process over. "People are good at solving problems," Elazary says. "Robots are good at doing the same task over and over."

Not only do the robots help with picking single unit orders, but they're also able to combine multiple line items and multiple units onto a single order. If a customer order contains four or five different items, the inVia system helps Ecentria employees assemble the order into one tote, and also lets the workers know when it's ready to be packed.

"This helps increase efficiency because the human no longer has to walk from location to location," Mironov says.

As the success of the pilot program became clear, Ecentria expanded the footprint in which the robotics are staged to include replenishment as well as picking.

The company's use of the inVia system to aid in inventory replenishment is unique, Mironov says, as Ecentria is not using inVia to manage its inventory. Instead, it's handling inventory management within its own warehouse management system.

However, Ecentria's WMS connects with the inVia system on an ongoing basis, providing the information the robots need to know. For instance, it alerts them when it's time to pull a specific tote from the shelf and bring it to the replenishment racking. At that point, a replenishment pick is generated, and workers place the appropriate inventory into the tote. Then the robot puts it back on the shelf. Throughout the process, the WMS communicates with the inVia system to ensure inventory is maintained at proper levels, based on how quickly an item is selling.

Ecentria's use of inVia for automated inventory replenishment saves additional time and money as fewer workers need to spend time replenishing products that have hit their inventory minimums. "We're able to utilize the system in both the inbound and the outbound logistics portion of stocking," Mironov adds.

Ecentria's initial deployment included 22 robots. It has since added several more to handle the expanded functions the robots have assumed. The artificial intelligence deployed within the inVia solution continually identifies more efficiencies in warehouse workflows—say, more efficient space-time algorithms—that allow the system to boost its productivity without adding more robots.

When Ecentria first partnered with inVia, management set benchmarks for picking productivity based on what its employees had already been doing. With inVia, picking rates improved by about 250%, Mironov says, adding that they've seen peak rates of about 527 lines per hour.

This boost in productivity has been especially important during the past few months, as order volumes have jumped to record highs during the COVID-19 pandemic.

Another benefit is an overall and sustained increase in order accuracy rates. This translates into higher customer satisfaction rates, Mironov says.

In addition, the robotics provide "a consistent and reliable workforce," Mironov says. They can be used to sustain operations during weekends and other off-hours, as well as during peak periods. At the same time, Ecentria has continued to invest in its human workforce.

Based on the success Ecentria has enjoyed with the inVia solution since implementation, management has nearly doubled the footprint and storage locations allocated to it. Management is planning to expand that yet again and include additional picking and replenishment stations.

The goal? "To direct the robotics to work with different human individuals at any given time, continuing to scale this system so that we can utilize it to its full potential," Mironov says.

"Now that we have implemented inVia, we're excited for additional opportunities to scale and further improve efficiency given the growth that we continue to experience," he adds.

Expand the deployment of robots to include additional picking and replenishment stations.