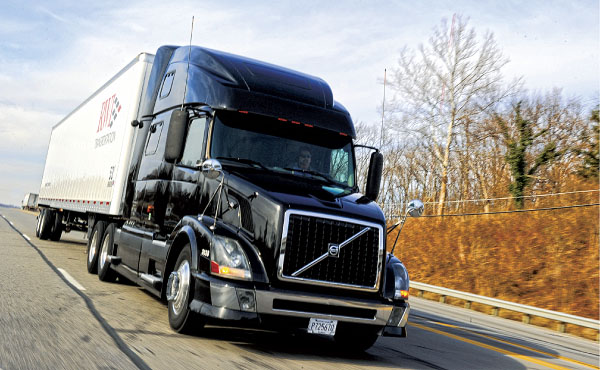 When it needs equipment and consistent service, this supplier to the food industry turns to RWI Transportation, one of its core carriers, to deliver.

Dawn Food Products supplies a complete line of baking products and equipment to the food industry. The transportation and distribution needs of this global enterprise are complex, supported by an expansive distribution network that includes eight manufacturing plants, 18 distribution centers, and five cold-storage facilities; next-day service to more than 40 major markets; and national and international capabilities.

Recently, Dawn Foods has focused on streamlining its distribution and transportation operations—depending on solid performance levels from its carrier partners. The company uses a scorecard approach based on on-time delivery, pick-up, tender acceptance, drop loads, and entry event into its transportation management system, according to Larry Olkein, director of logistics.

An asset-based third-party logistics provider and one of Dawn Foods' core carrier partners, RWI Transportation is able to constantly secure needed equipment in specific lanes and provide consistent service with more than 98 percent on-time delivery. RWI covers a large volume of shipments involving approximately 70 percent specialized temperature-controlled equipment; the remainder moves in dry vans. In fact, RWI covered more than 2,000 shipments in a 12-month period in 2011-2012 in a wide variety of key lanes.

Having the type of equipment available, when and where it's needed to support Dawn Foods' distribution network, is only part of the equation for success. It's also all about consistent service. "When RWI says they'll have a truck there, they'll have a truck there," says Olkein. "They also provide us competitive rates, and they work hard for us. RWI is one of the shining stars in our network."

RWI Transportation is an asset-based logistics company providing regional and national truckload, less-than-truckload, expedited, and refrigerated warehousing services. RWI is an affiliate of the Castellini Group of Companies, one of the largest distributors of fresh fruits and vegetables in the United States.

Related Articles
Now Is the Time to Automate the Middle MileDriver Shortage: Don't Fall For ItWhat Does the Labor Shortage Mean for Your Supply Chain?Own the Transportation Conversation: Debunking Common Truckload MythsTwo Generations with a Drive to Serve, Grow and InnovateTrucking Influencers Take Over5 Ways to Improve and Optimize Driver RetentionPowerful Ways Employee Ownership Can Impact Your BusinessWhat's the first thing you would do to address the truck driver shortage?Trucking Strategies to Keep Your Freight Moving More related articles...