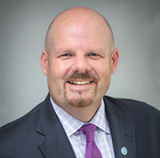 Freight rail is a vital link in the logistics professional's arsenal, connecting businesses with downstream users and consumers. America's railway system has a long and storied history, playing a pivotal role in the growth of our nation. Until recently, 26 railroads were in operation. Today, there are only seven rail providers, with just four controlling 90 percent of the traffic.

While freight rail companies have decreased in number, they've also been protected from competition for nearly 35 years. More than 140,000 miles of rail lines crisscross the country, but more than 75 percent of rail stations are serviced by only one major railroad. Imagine if our nation's busiest airports were serviced by only one airline. You'd expect astronomical prices, long lines, and mediocre service. These are the problems many freight rail shippers are experiencing around the country.

Freight rail service has experienced a 98-percent rate increase since 2001, and the higher rates aren't paying for better service. Shippers wait the same amount of time for their loaded cars to move today as they did in 2005, according to the Rail Customer Coalition. Instead, shippers' revenues that could be dedicated to creating more jobs or investing back in the community are often siphoned off to pay dramatically increasing freight rail rates or to make accommodations and improvements driven by their sole rail provider.

Lack of competition also leads to unexpected disruptions, which can significantly impact shippers. Whether it's a sole rail provider refusing to adhere to switching timelines, a small chemical distributor being denied service, or any of the problems outlined in a recent letter from the Surface Transportation Board (STB) to the president and CEO of CSX, the arbitrary decisions freight rail providers are able to make in the absence of competition sideline companies depending on rail service.

The STB is charged with resolving issues for the industries relying on freight rail. In past years, the STB has been thwarted in finding solutions to unreasonable rates or poor or denied service. Recently, a diverse group of trade associations and businesses from the manufacturing, distribution, energy, and agricultural industries—including small, family-owned businesses that depend on rail service—came together to support STB reform in hopes that it would provide much-needed rail competition throughout the country.

STB reform legislation was successful, and a newly invigorated STB is examining proposals that would add more rail competition by adjusting the requirements for competitive switching, a process by which shippers currently served by one major rail carrier can gain access to another at a nearby switch point served by more than one railroad. Under the proposed process, rail customers pay the costs involved in the switch, but they gain access to free-market competition. The STB is also looking at ways to streamline the process by which companies resolve rate disputes with their rail carriers. We applaud their efforts.

By letting market forces dictate rates and improve service, freight rail competition can be accomplished. Taking these steps will improve the ability of the essential industries that are reliant on rail—as well as the many other businesses that help power America—to grow and to thrive for years to come.

Related Articles
Alaska: The Vast FrontierRiding the RailsGeorgia: Setting the Pace in the Logistics RaceLogistics Hotspots: Nine That ShineGlobal Logistics—August 2016Florida: Your Partner in ProgressSite Selection: A Power ProductionProject Logistics: Going the DistanceMeet Me in St. LouisIntermodal Rail: Moving in the Right Direction More related articles...