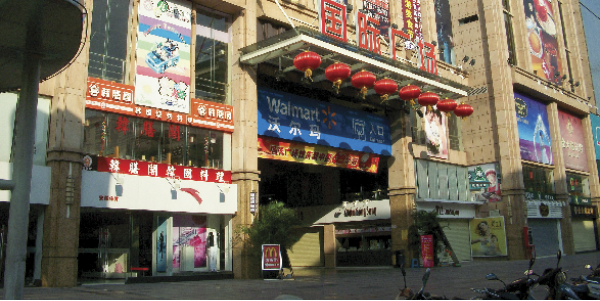 For Kleenex maker Kimberly-Clark, managing inventory at retail stores in China was nothing to sneeze at—until it found an analytics solution that delivers comprehensive stock data.

Getting the right products on shelves at the right time in the right quantities is a delicate balance of timing, organization, and cooperation. And for large consumer products manufacturers, getting those numbers as accurate as possible—particularly for large retailers—can mean the difference between a drop in sales and a banner year.

Kimberly-Clark Corporation manufactures a range of popular personal care product brands, including Huggies diapers, Kleenex tissues, and Viva paper towels. It operates manufacturing facilities in 37 countries, and sells its products in 175 countries. In 2012, the company generated more than $20 billion in sales globally.

In 1994, Kimberly-Clark established a presence in China, where it now operates three factories—in Beijing, Nanjing, and Shanghai—and generates $500 million in annual sales. The company saw high double-digit growth in China between 2011 and 2013, and is a lead supplier to Walmart, which entered the Chinese market in 1996 and now has a presence of 396 stores.

The market for personal care products in China has grown vigorously in recent years, driven by an increase in disposable income and a burgeoning middle class eager to buy. To take advantage of that growth, many multi-national personal care product companies are focusing on the Chinese market, leading to fierce competition.

Although Kimberly-Clark China was growing steadily, the division was experiencing problems, says Oscar Mousinho, the company's sales and marketing continuous improvement director. From 2011 to 2012—as the management team went through a major overhaul—the company also expanded to a new product category, adding standard diapers to complement its premium diapers. The addition revealed execution problems.

The company didn't have specific evidence that stock allocations in Walmart stores were not working as desired, but did sense problems. In some stores, sales personnel found empty shelves, despite reports stating that they were stocked—also known as phantom inventory.

In addition, sales projections were often inaccurate—sometimes widely so. For example, a store would plan to sell 100 units of a stockkeeping unit (SKU), but end up selling half that amount.

Promotions were the biggest pain point, suffering from incorrect pricing, or products that were missing from store shelves during the promotion period because they weren't allocated, while other stores with too much inventory were being restocked with product they didn't need.

"Some efforts we planned centrally were not executed in the stores," says Mousinho. "For example, a promotion that should start on Monday started on Wednesday instead, or it never started at all. Or the price we'd agreed on with some customers was not what was posted on the shelf."

Many issues Kimberly-Clark encountered are not unique to the Chinese market. But the population in China is so large, growing so quickly, and urbanizing so rapidly that swings in purchasing behavior can be considerable—whether month-to-month, or during important seasonal events.

For instance, diaper sales drop during the summer months because Chinese parents don't use them during that time of year. But there's usually a big buying surge during the Chinese New Year, when families traditionally gather and exchange presents. Sales can peak as families travel to visit relatives and buy diapers specifically for the trip. Promotions during this holiday alone can generate 45 percent of Kimberly-Clark China's total sales.

In addition, currently only about 45 percent of Chinese parents buy disposable diapers—but that number is growing, and so is the competition within the product segment.

"The diaper market attracts a lot of competition and promotions from various sources, from local players to global companies," Mousinho says. "One way to win market share is to have excellent execution at the point of sale, and that's what we've been trying to do."

Kimberly-Clark's U.S. operations had established a working relationship with the company, and reported positive results. "We started working with RSi in the United States, and it proved to be a good solution for our partnership with Walmart," says Mousinho. "After several rounds of discussions as to how we would implement RSi's tools in China, we decided to begin a pilot project."

Mousinho and his team spoke with other RSi customers in China to get a sense of how they used the retail tools, and the implementation challenges Kimberly-Clark might encounter. The company wanted to ensure that if it began work with RSi, its own results would be up to par.

"One key to implementing this solution is that we need to be ready to act on it," Mousinho says. "We receive a lot of information—that a store in Guanjou or Shanghai is out of stock, for example. It is up to us to act quickly, so our supply chain needs to be very engaged."

The main difference between what RSi does in the United States versus in China is that China is still much more driven by what Sun calls "traditional trade"—small mom-and-pop stores, instead of large chain retailers.

"About 40 percent of purchasing in China still goes through traditional trade, so to improve supply chains or logistics is different than in the United States," Sun says. "We have to make sure forecasting is aligned with trade operations."

To begin the process of implementing RSi's tools, the Kimberly-Clark China team first envisioned the results it desired. "We asked ourselves what success would look like, and where the potential was," says Mousinho. "For example, we analyzed our promotional activities and looked at sales figures from different years to see how good they could be."

Together with RSi, the team reviewed its data to pinpoint opportunities to reduce out-of-stock events. It also used Retail Intelligence to close the distribution gap of some SKUs that should be in the majority of Walmart stores, and to better plan promotional activities.

Post-launch, reactions from Kimberly-Clark's sales team and different regions in China were mixed for the first six months. Mousinho expected a learning curve before people recognized the applications' value.

"Some saw the benefits and liked the change right away, while some resisted in the beginning," he says. "For the first six months, performance, feedback, and reaction were mixed."

Now Kimberly-Clark China receives daily and monthly reports, and holds quarterly meetings with its leadership team and RSi, resulting in a close working relationship. "I've even asked RSi to identify areas or people that are not responsive enough," says Mousinho. "Part of my role is to drive change, so I talk with the RSi team to understand what we need to do to work together more efficiently."

The partners had to make adjustments along the way, but that's to be expected, says Mousinho, considering Kimberly-Clark China has around 300 SKUs in Walmart's almost 400 stores, which generates a massive amount of data—around 100,000 records daily. For instance, Kimberly-Clark's sales representatives in the field would compare stock against RSi's reports, and occasionally identify inaccurate alerts. The reps would then notify RSi directly, which helped Kimberly-Clark quickly improve out-of-stocks.

In another instance, when Walmart decided to reduce the display quantity of Kimberly-Clark's Huggies diapers, sales dropped dramatically—by a full 25 percent week by week. RSi was able to use its daily data reports to analyze day inventory versus sales. The team discovered a flaw in Walmart's own stock analysis — it was using week-by-week sales compared with end-of-week inventory.

"With the results of the daily level data, the outcome was opposite of the Walmart calculation," says Sun. "The sales trend compared side-by-side showed 100-percent alignment of the inventory settings and the sales drop." Kimberly-Clark presented those results to Walmart, and the retailer reset its stock settings to the previous levels.

Kimberly-Clark started seeing results almost immediately—within the first one to two months of implementation for stockouts—due to the daily status reports that provided accurate data from the previous day.

"As soon as we started to act on those in stores, some sales of the same SKU increased by almost 40 percent, because we were running low or out-of-stock in some specific SKUs," says Mousinho.

The Retail Intelligence reports took another three to six months to begin producing solid results, because it involved convincing Walmart of their accuracy. At first, Walmart and Kimberly-Clark China both provided data to compare, and Kimberly-Clark was able to show that theirs was more accurate.

"We can show Walmart which types of orders for promotions cause us to run out of stock," explains Mousinho. "The quality of RSi's results is well known within Walmart, so when we tell them what RSi suggests the promotion order should be, they trust us, and the numbers."

Kimberly-Clark China's performance in Walmart improved significantly in 2012. "We even received the Best Vendor of Walmart China award," says Mousinho.

Mousinho says Kimberly-Clark China's relationship with RSi will be a long-term one. The software paid for itself within six months, and now Kimberly-Clark is using it with three additional retailers, with plans to expand.

"We see the software's long-term value for Kimberly-Clark," Mousinho says. "And it's a good way to manage our own relationships with customers, as well."

Related Articles
How to Implement a Successful Retail Omni-Channel Logistics Operation in Asia PacificTrends—September 2015Inventory Replenishment: Why Push When You Can Pull?Designing a New Strategy for a New YearSupply Chain Integration + Collaboration = Time Travel?Global Logistics—October 2014The New Retail: Three Legs to Stand OnDiving Into Multi-Channel FulfillmentGlobal—February 2014The Direct Sales Supply Chain: Where There’s a Will There’s Amway More related articles...