Preparing for an Ocean Capacity Crunch 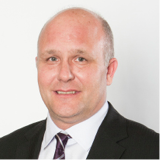 Shipping lines are suffering from an oversupply of vessel capacity on key Transatlantic and Asia-Europe trade lanes. Normally, this situation would be good news for shippers, because it means they have plenty of access to capacity—and the upper hand in negotiations with ocean carriers.

Shippers should be worried about the overcapacity situation, combined with rapidly declining shipping line profitability caused by rising costs and low rates. The last time carrier profits came under pressure while market overcapacity occurred on the main trades—late 2009 and early 2010—shipping lines removed a glut of capacity to correct the oversupply situation.

They overestimated how much capacity to remove, however, resulting in months of disruption. Ocean carriers were forced to leave containers behind when they were unable to provide enough space to meet demand. Many carriers also cut and changed services with little or no notice, causing massive upsets in supply chain operations.

Unfortunately, early indicators suggest a similar situation could occur again. The laid-up container fleet—often used to gauge how many ships have been temporarily withdrawn from service— increased by 54 percent between early November 2011 and mid-January 2012, according to industry analyst Alphaliner.

In mid-January, the idle container vessel fleet stood at 676,000 TEUs, compared to more than one million TEUs during the previous capacity shortage. Nevertheless, containers were left behind due to capacity withdrawal and a sudden cargo surge before factories in China closed for New Year celebrations.

Analysts are not confident that the situation will improve as the year progresses, meaning the volatile market conditions and possibility of sudden capacity withdrawals could linger.

Despite these gloomy predictions, there is no guarantee carriers will cut capacity as deeply or with as little notice as they did in 2009. Yet it may prove advisable to take certain steps to guard against this eventuality.

Shippers can protect their cargo by ensuring logistics providers have strong, long-term relationships with more than one reliable shipping line on any trade lanes where they require transport services. This approach allows providers to switch shipments between carriers if one has spare capacity when others lack space. It also reduces the risk of shipments being stranded if a shipping line goes bust or withdraws from a trade lane.

When choosing logistics partners, shippers must weigh a range of considerations, including reputation, buying power, and local knowledge of customs regulations and industry verticals. But during the coming year, the relationship your logistics partner has with shipping lines should carry added weight in your selection process.