Ports Too Busy to Worry About Trade Tensions 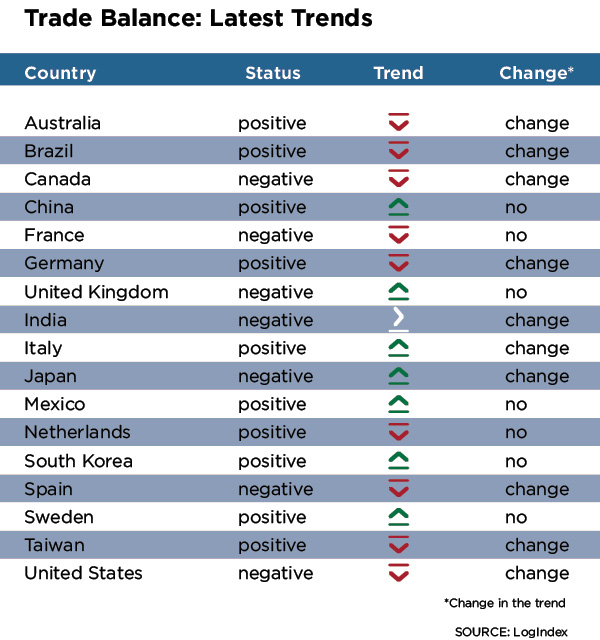 Despite trade tensions, port business in the United States and Asia is booming, reports the latest Global Kuehne + Nagel Indicators (gKNi).

To illustrate the strong import trend, the metric for inbound TEUs in Long Beach—a gateway for trans-Pacific trade—is up 11 percent compared to the same period in 2017 (April: 8.4 percent YoY), according to LogIndex May estimates. Four months into 2018, the Port of Long Beach has moved 2.5 million TEUs, 17 percent higher than last year's record pace.

Overall, cargo and container throughput in the world's largest ports has risen by 3.2 percent year to date, with the biggest increase in Singapore (+6.2 percent), reports LogIndex. To date, lingering trade tensions have not had a direct impact.

Other import statistics imply it's business as usual, at least at first glance. Iron and steel imports reached an eight-month high in April (+75 percent YoY), based on LogIndex's analysis of bills of lading. Some observers suggest, however, that part of the strong growth is driven by trade tensions as anxious shippers rush to get their cargo to overseas markets.

World trade is inching up, based on country forecasts available for May and June 2018. There are regional differences—Asia is dynamic in contrast to Europe, which was digesting the high euro during the first quarter. The United States, Australia, and Canada are the fastest-growing Advanced Economies countries, posting a year-over-year rate of 4.7 percent compared to 16.1 percent of Emerging Market countries, according to LogIndex's May 2018 estimates.

Related Articles
Georgia: Setting the Pace in the Logistics RacePanama Canal Expansion: Locks and LoadCross-Border Trade is On a RollImport Express LCL ServiceEast Coast Warehouse & Distribution CEO Jamie Overley: Driven By Results and Big DreamsInbound Logistics Winter Reading Guide 2016The Keys to Dangerous Goods/Hazmat Shipping ComplianceTurn to Technology to Attract the Next Generation of WorkersTransparency to Efficiency: How IoT Can Increase the Productivity of Your Transportation (Sponsored)5 Hacks for Recruiting in Supply Chain Management More related articles...