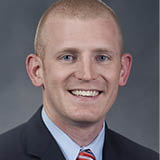 Performance-based logistics (PBL) contracts have the potential to reduce cost to the buyer, while also increasing capability. This is contingent on the right set of metrics and cost targets being developed to ensure the right contractor incentive. Today, less than five percent of work performed in both government and private sectors is under PBL deals.

Developing an accurate “should cost” model and performance targets that reflect operational needs and realities is critical to program success, buyer satisfaction, and the right level of profitability. Using an advanced logistics simulation tool to analyze system performance and lifecycle cost as part of a robust decision model, a logistician can quickly analyze the effects of various reward or penalty scenarios, the cost impact of decisions, and the resulting capability that is expected quickly and accurately as part of the business case development, proposal development, or negotiation process.

The methodology is exemplified in a scenario where a PBL contract is negotiated. The decision model becomes a reward distribution that is calculated from pre-stored Monte Carlo-based simulation results. In this context, simulation-based methods can offer highly useful decision-making support. By analyzing the scenario in advance, it is possible to develop the best possible contract for both parties.

Furthermore, simply defining the performance level target is not enough. The agreed performance level typically needs to be supported by a reward or penalty model that provides the right incentives for the supplier to meet the objectives.

Statistics collected from repeated simulations can be used to evaluate risk or reward potentials. In a bidding process for a contract, statistics from simulations can aid in setting the bid offer appropriately, with a well-defined level of performance and acceptable risks for both parties. In negotiations, simulation-based methods help avoid a disadvantageous contract, both from the customer and supplier perspective. In fact, the quality of the contract itself can be improved if both the customer and supplier involved in the negotiations use common simulation statistics to agree on the incentives at appropriate levels.

From the supplier’s perspective, it is important to be able to evaluate the probability of gaining a high reward but not overshooting performance from a cost perspective. Using a Monte Carlo simulation model capable of modeling the relevant facts of the logistic scenario, the operational availability can be obtained to enable the calculation of the reward.

The design of the reward function has great impact on the reward distribution, and negotiations for a PBL contract should address this fact. As a negotiator for the customer or the supplier, it is important to be able to assess other suggested reward functions in a fast and easy way without having to run updated simulations in between.

From a legal perspective, it can matter if choosing a reward or penalty function and who should have the financial risk. If there is a disagreement between the customer and the supplier concerning to what level a PBL contract has been met, the customer would prefer a reward function to avoid paying out the full reward before the juridical case is settled, i.e. letting the supplier prove that the targeted performance level has been achieved. Similarly, the supplier would prefer a penalty function to avoid paying out a penalty to the customer.

Another perspective is the psychology that lies in getting a reward for achieving your objectives, rather than being driven by the negative mindset of doing everything you can to avoid a penalty. In general, a reward function has a better potential in creating a positive atmosphere for negotiations. Discussing a reward feels more positive than discussing a penalty.

The input parameter of a reward function is of great importance. One possible parameter is operational availability. Disagreement can arise if an operational hour is performed outside of the requested time frame. If it is hard to settle on a well-defined operational-related parameter as input for a reward function, one can use maintenance-related parameters such as item resupply time, number of backorders, or system down time depending on the supplier’s responsibility in the maintenance part of a PBL contract.

System modeling and simulation is critical in developing correctly structured, priced, and executed PBLs that results in effective “should cost” targets that may also increase readiness. The way the reward function is designed is of great importance to give both the customer and the supplier possibilities to achieve their goals and ensure the success of the logistics architecture.