Panama: Leveraging Opportunities Beyond the Canal 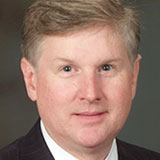 It's not only shipping lines, railroads, logistics service providers, and multinational firms that want to know to what extent the Panama Canal expansion project will affect business. Every company will be affected plenty, and must be prepared to modify existing distribution operations to reflect the changing world.

Why will the Panama Canal expansion have such an impact? Look at the project in context with the following opportunities currently taking shape in Panama.

The opportunity to build and expand open, transparent, and meaningful relationships between the United States and Panama became available as stronger awareness developed about the advantages and uses of the agreement.

The expansion of the Panama Canal doubles its capacity. Greater numbers and larger sizes of ships will be able to pass through the expanded canal. Outside Panama, the expansion is creating demand on the U.S. East Coast for ports able to handle post-Panamax ships.

The expanded canal will allow Panama to serve as the logistics hub of the Americas, as the Panama Canal Authority announced during MODEX 2012. In that sense, the new canal is not as much about capacity as it is about connectivity.

Suppose a ship from Asia is carrying containers bound for one dozen countries in Latin America, the Caribbean, and North America. It isn't practical for one large vessel to go to all of these ports, so containers may be off-loaded in Panama. Smaller ships could then transport the containers to their required destinations.

This scenario also raises an opportunity for any company looking to expand its sales abroad: coordinating with shippers, ports, and logistics companies to fill the delivered, empty containers with increased exports.

Will Panama be the next global logistics hub? With its geographic location, dollarized currency, free trade zones, and the canal, Panama is already the preferred distribution hub of Latin America. Building links to U.S. businesses and logistics hubs will be critical to building future relationships.

To improve efficiency and reduce costs, companies will buy components from the places where they can be most efficiently manufactured and transported. Businesses may find it better to have parts manufactured in different countries, then transport them to a central assembly point. Panama is rapidly becoming such a center for assembling, finishing, and packaging goods, as well as exporting them.

Additionally, Panama has been focusing on developing its logistics and trans-shipment facilities for a long time. It is using its Pacific and Caribbean ports, railroads, and highways to provide shippers with a multitude of options when moving goods through the country and beyond.

Things are changing in Latin America, and it affects every business. When planning or refining your distribution strategies, remember to leverage the developments in Panama for a more streamlined, efficient, and profitable bottom line.