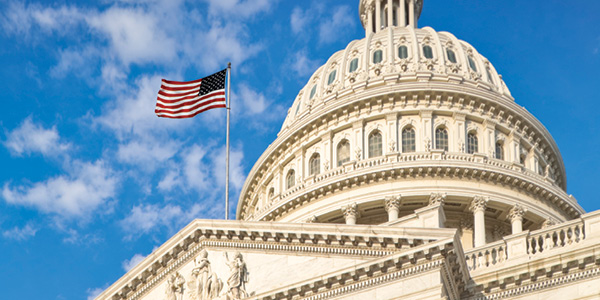 Key legislative and regulatory items on Capitol Hill will have a bearing on transportation and logistics in 2012 and beyond. Here's a look ahead so you can comply—or adjust—to keep your supply chain running smoothly.

The second session of the 112th Congress could have an interesting impact on transportation and logistics, as election-year politics dictate policy.

President Obama has already indicated that a "do-nothing" Congress is responsible for a continuing economic slump, and that his administration will stump on that platform in its re-election campaign. Partisan senators and representatives seeking a majority at the polls and in their respective chambers will likely face an uphill challenge convincing constituents they and their parties deserve a vote of confidence beyond 2012.

If the past few years are any indication, there's little assurance Congress will "do-anything" to repair its reputation. They may try to propose and reintroduce legislation and resolutions as a matter of due process, but whether Congress is capable or willing to push them through—and risk the wrath of voters—remains to be seen.

There is one certainty, however. Much of the early focus in this year's Senate and House chambers will be directed at completing a long-overdue multi-year highway reauthorization bill before the end of the current extension in March 2012. Accomplishing this goal is critical, given the state of U.S. roads and bridges, questions about how and how much federal funding will be appropriated, and current job growth uncertainties.

In the freight sector, intrigue extends beyond the legislative playing field. The Federal Motor Carrier Safety Administration's (FMCSA) CSA "Now" and Hours-of-Service (HOS) rules have commanded the most attention in the past year. There will be continuing discussions—and with HOS, potential legal wrangling—as these two highly charged regulatory lightning rods continue on their respective paths from enactment to enforcement.

All these matters notwithstanding, a number of less-immediate or publicized Congressional actions and lingering regulatory and administrative measures are also worthy of attention in 2012. A few are law and in the process of rule-making and enforcement; some are new and bound for debate; others are reiterations or companions of dead bills now circulating under new aliases.

Here's a rundown of agenda items at stake in 2012.

Overview: To increase the effectiveness of federal oversight of motor carriers.

As a follow-up to the Motor Carrier Protection Act of 2010, which was referred to committee but eventually sputtered out, this latest iteration addresses many of the same problems afflicting the motor carrier industry with regards to brokerage fraud. The bill specifies that the federal freight broker's bond amount be increased from $10,000 to $100,000.

Trucking companies have long fought the presence of rogue freight brokers who operate with little oversight and give legitimate transportation brokers and carriers a bad name. With wide support from the Owner-Operated Independent Drivers Association, Transportation Intermediaries Association, and American Trucking Associations, this legislation would extend the bond requirement to freight forwarders; increase requirements for any company looking to secure brokerage authority; establish penalties for violations of broker regulations; and dictate strict guidelines for companies that provide brokers with surety bonds. The legislation is timely given a looming capacity shortage and the increasing value proposition of freight brokers.

The legislation takes steps to ensure only the safest motor carriers and drivers are able to enter the industry, improve the safety laws governing current carriers and drivers, and increase FMCSA's enforcement tools to remove unsafe drivers and carriers. Specifically, the bill includes provisions to mandate commercial use of electronic on-board recorders, enhance the Department of Transportation's (DOT) registration process for drivers with regards to safety training and proficiency, and direct the DOT to support FMCSA's implementation of CSA.

Overview: To amend the federal antitrust laws to provide expanded coverage and to eliminate exemptions from such laws that are contrary to the public interest with respect to railroads.

Overview: To reauthorize the Surface Transportation Board.

This legislation is the resurrected Surface Transportation Board (STB) Reauthorization Act of 2009, which created a stir in the media and among railroads when Senator Rockefeller proposed making the STB an independent authority sanctioned to mediate disputes between railroads and shippers, as well as monitor operational performance on the tracks.

The latest version carries many of the same traits. It expands the membership of the STB from three to five; clarifies the powers available to protect "captive" rail customers from railroad market power; and overturns some regulatory rulings that prevent rail customers from gaining access to competing railroads.

The U.S. federal weight limit has been set at 80,000 pounds since 1982—forcing shippers that reach this limit with space left in their trailers to use more trucks and fuel than necessary. SETA's goal is to make truck transportation safer and more sustainable by giving states the ability to adjust federal weight limits on interstates within their borders.

Under SETA, each state could set interstate weight limits of up to 97,000 pounds—giving shippers the ability to use more truck space. The higher weight limit would only apply to trucks equipped with six axles, instead of the typical five. Without making the truck any larger, the additional axle maintains safety specifications, including stopping capability and current weight per tire.

Supporters believe SETA provides incentive for Congress as it begins developing a new Highway Reauthorization Act. But even with the promise of better asset utilization, less congestion, and reduced carbon emissions, some observers are wary of the impact heavier loads will have on already deteriorating roads—especially without a transportation infrastructure plan in place to fix and maintain existing over-the-road networks.

As a foil to the Safe and Efficient Transportation Act, SHIPA proposes to freeze national truck size and weight limits on the U.S. interstate highway system.

Overview: To direct the Secretary of Transportation to prescribe standards for the maximum number of hours that a commercial motor vehicle operator may be reasonably detained by a shipper or receiver.

This legislation intends to protect independent truck drivers and improve the productivity and safety of moving goods by truck. At issue is detention time, and whether there should be a maximum number of hours drivers wait at loading docks before they are compensated. H.R. 756 requires the DOT to study detention time, and issue regulations on the maximum number of hours a driver may be reasonably detained without compensation.

Overview: To provide for the implementation of the recommendations of the National Commission on Terrorist Attacks upon the United States.

One of the provisions of this legislation, signed into law by President Bush in 2007, was 100-percent screening of all freight on passenger aircraft entering the United States. While many in the air cargo industry and government questioned the feasibility of such measures—given time and cost concerns—the deadline for compliance was Dec. 31, 2011.

The Transportation Security Administration (TSA) informed freight shippers that it would not require all air cargo bound for the United States to be screened by that date, however—and, as of press time, it had not set a new deadline. Democratic sponsors of the bill are now calling on the TSA to explain this blip in due process, and determine when 100-percent screening will, in fact, be finalized.

The government's follow-up to the Port of Los Angeles' stalled "Clean Ports" effort—which is trying to regulate truck emissions at the port—would give ports more authority over drayage operations, such as banning owner/operators or requiring all drivers be employees of companies. More specifically, it would give port authorities the power to regulate truck prices, routes, and service in order to improve pollution, congestion, and safety.

Overview: To amend the Federal Food, Drug, and Cosmetic Act with respect to food safety.

It has been more than one year since President Obama signed the FDA Food Safety Modernization Act (FSMA) into law, but the information-sharing process continues to unfold. The focus of the bill is instructing the FDA on how to better manage and respond to product recalls, as well as educate industry. The latter has been a point of emphasis over the past year. The FDA has actively engaged various industries to discuss how new regulations will impact their businesses and what they need to do to increase traceability and transparency, as well as enforce compliance.

Moving forward, the FDA is challenged with enforcing the Foreign Supplier Verification Program by Jan. 4, 2013, which mandates importers verify that offshore suppliers comply with specified standards for harvesting, handling, and transporting raw fruits and vegetables.

Critics of the new regulation argue that the FDA doesn't have the staff to test everything that comes in, and instead will rely on third-party auditing companies, many of whom are paid by the foreign food suppliers themselves.