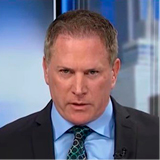 Amazon is now in the oil business. With the release of its Amazon Basics Synthetic Motor Oil, the mega retailer has effectively entered an industry ripe for disruption.

There isn't an industry Amazon can't enter. I'm amazed at how many executives across different industries tell me that they're not concerned about Amazon for one reason or another.

Note to all CEOs: None of you are in a business that is too technical for Amazon. And I'm amazed at how many companies believe they can continue to operate alone. Such a strategy is foolish.

Why is Amazon so successful? Because far too many CEOs continue to run their companies as if Amazon doesn't exist. The CEOs of Kroger, Walmart, and Albertsons should have realized how strategic Whole Foods was to Amazon, and one of them should have made the argument to its board that it must acquire Whole Foods.

Instead, the CEOs who assumed Amazon would never acquire a grocery retailer are now struggling to prevent Amazon from taking market share.

When it comes to Amazon, crush all assumptions. If you think Amazon can't or won't do something, banish the thought. Well-run companies with qualified and competent executives should insist that every effort be made to identify how and when Amazon can impact its business. These same CEOs will embrace big thinking and big moves.

To paraphrase Jeff Bezos: "Your inability as CEOs to consider the fact I can enter your industry makes it easy for me to take your market share. Your unwillingness to seek out M&A opportunities reduces barriers. Think I won't acquire Target so I can open Whole Foods Markets inside the stores? Think again. Think I won't acquire Costco? Think again. If I can conceive it, Amazon can achieve it."

It's clear that Amazon is the common enemy of every company operating today. Amazon is becoming so powerful that even a company the size of Walmart can become marginalized by Amazon in as few as 10 years. Walmart should approach the federal government and make the argument that it be given approval to make acquisitions in an attempt to ensure its ability to compete against Amazon.

Make no mistake. Amazon will become the largest grocery retailer unless Walmart can acquire other grocery retailers. Another option would be that Kroger, Albertsons, and Ahold-Delhaize are given permission to merge.

I believe the federal government will approve acquisitions and mergers by Walmart and other companies as it is becoming more clear how powerful and intrusive Amazon is becoming. According to Bezos, "Amazon's market size is effectively unlimited."

Why? Because Amazon is a virtual company that isn't hindered by any limitations related to physical stores or infrastructure. Amazon can become anything it wants simply by entering into another category and selling the products online.

There is also nothing to prevent Amazon from becoming a third-party logistics provider and one of the largest logistics companies in the world. Think Amazon can't or won't acquire Schneider, Ryder Logistics, XPO Logistics or J.B. Hunt?

Amazon is unlike any company that has ever existed. The rules in place related to anti-trust and monopolies no longer apply.