Military and Manufacturing Outsourcing: Not All Guns and Roses 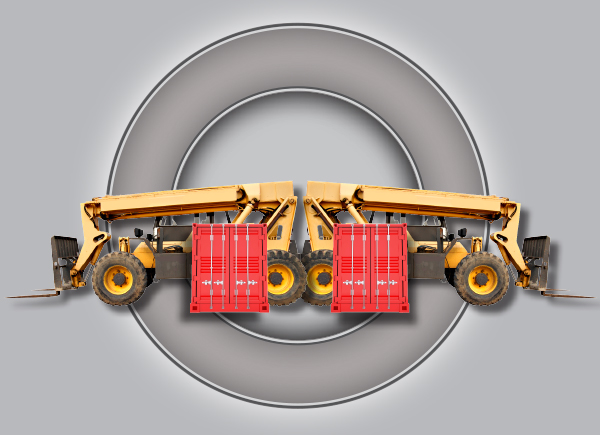 The U.S. military fights its war on high costs through outsourcing. Can manufacturers arm themselves with the same weapon?

Both the military and private industry manufacturers outsource services with the same main goal: to cut costs. And while they have marshaled some cost savings and derived additional organizational benefits, this tactic has also resulted in some unintended consequences. Here is a look at the advantages and risks of outsourcing, and the similarities and differences between how the U.S. military and private manufacturers do it.

To understand the impact of outsourcing, it's important to probe into the rationale behind it. One major reason can be traced back to 2001. After the Sept. 11 terrorist attacks, force management constraints drove the U.S. military to convert many active-duty support units into combat arms soldiers.

As part of this strategy, the military outsourced its support efforts, recalls Mike Hamann, an Army Materiel Command (AMC) veteran who is currently a mobilized Civilian Expeditionary Worker for AMC in support of U.S. Forces-Afghanistan, J4 Directorate (supply and logistics).

The main argument the military gave for outsourcing revolved around the belief that it would be cheaper to hire contractors. "During initial planning, no one could foresee that we would be at war for more than a decade," Hamann says. "The military presented the financial argument that using a contract service for a few years would be less expensive than the cost of a career soldier with retirement."

The formation and mission of the Defense Logistics Agency (DLA) best illustrates the Army's strategy of consolidating services. DLA supports the U.S. mission in Afghanistan by supplying coalition forces with most of the food, fuel, and support elements in this war zone. The DLA Support Team-Afghanistan is charged with providing more than $10 billion in food and bulk fuel contracts.

It makes economic sense for the military and private manufacturers to outsource certain services. "It is sometimes more cost-effective to outsource services than hire the expertise in-house," says Teresa Smith, a 30-year DLA veteran. "This is especially true when you need a service for a limited time, and/or for a specialized skillset not readily available from existing resources.

"Outsourcing gives the DLA the flexibility to rapidly fill a temporary void, and to just as easily and quickly remove those resources when we no longer need the service," she adds.

The military often makes outsourcing decisions based on the mindset that private is better. This reasoning is amplified by the military's well-publicized size reductions (more than 35 percent in the 1980s and 1990s); the relative ease of outsourcing, including relaxing of oversight requirements; and the role of technology in modern warfare, including a reliance on commercial off-the-shelf technology.

Yet, embracing outsourcing is not compatible with standard military thinking that core functions such as fighting for and establishing the peace should stay in-house because turning to outside organizations could potentially harm the mission.

One risk involves giving critical needs to contractors who, unlike service members, have not taken a solemn oath to carry out military missions.

A second risk is that this type of outsourcing may weaken military chain of command—the hierarchical method for organizing information flow, decision making, power, and authority. It assumes that each level of the organization is subordinate to the level to which it reports. Contractors often serve under the operational control of military commanders, but are also bound by contractual terms, conditions, and allegiances that are not in sync with military hierarchy.

Some consider military outsourcing—originally intended to be a short-term solution at the beginning of contingency operations in Afghanistan in 2002—well past its usefulness. Even the cost savings are questionable as the war effort in the Middle East now exceeds 15 years. "The Army outsourced much more than has become healthy for its organic capabilities," says Hamann.

The problem the Army faced was that it was extending outsourcing contracts multiple times across numerous operations. Operation Iraqi Freedom (OIF) in Iraq and Operation Enduring Freedom (OEF) in Afghanistan lasted much longer than initially expected. The additional years of outsourced contracts, along with the cost of overseas contractor salaries, drove expenses much higher than the salaries of soldiers executing support missions.

In addition to OIF and OEF running up huge costs, over the years the Army lost the capability to self-support. "As we expanded outsourcing, we were forced to grow contracting officers and contracting officer representatives," Hamann says. "We did not have a core competency in these areas and endured many years of growing pains."

Significant cost overruns are another downside of military outsourcing. "Over the past decade, research on contracting waste and abuse reveals high-level mistakes that cost the Army not just hundreds of millions of dollars, but also the respect and credibility to conduct fiscally responsible support operations," Hamann says.

While consolidating services for food, fuel, construction materials, medical supplies, and repair parts was a big success story for the military, the persistent problem as a result of extended contingency operations is escalating costs. The Army is well aware of the problems associated with extended outsourcing, according to Hamann, and is looking at ways to solve current outsourcing challenges, including establishing task forces and tiger teams to analyze the dilemma and provide solutions.

"Discussions have included training more officers and contracting officer representatives to focus on outsourcing problems, and training active-duty forces to re-grow the Army's support capabilities," says Hamann. Today, more than 80 percent of logistics capabilities are housed under the Army Reserve and National Guard, and soldiers are being trained to support new equipment and other elements.

Despite the disadvantages of outsourcing, the Army faces many global challenges that lean toward continuing its future outsourcing efforts. "Congress severely limited troop levels and resources," Hamann says. "Until the Army recognizes the true costs of outsourcing, and the limitations placed on our forces, we cannot truly find a solution to these challenges. Training contracting specialists and re-growing our organic capabilities are steps in the right direction."

Military and private manufacturers both want to reduce the need for highly skilled workers on generic manufacturing tasks to achieve the following benefits:

Outsourcing offers many advantages. In addition to cost savings, and the ease with which it is possible to outsource goods and services, this tactic also enables comparative advantages such as reduced time to market (or to meeting missions), access to new markets (or mission capabilities), flexibility, proximity to finite resources, reduced liabilities, and improved quality.

But it is not a panacea. Both the military and manufacturers face outsourcing challenges, including the contracted entity's lack of accountability, and the practice of awarding too many sole-source contracts. Single-source agreements are primarily awarded when no other viable or qualified suppliers are available.

Other disadvantages shared by the military and manufacturers include a loss of control, longer delivery times, and less responsiveness to customer requirements.

What Does the Future Hold?

Both the military and manufacturing have based outsourcing decisions primarily on cost considerations, and have placed less emphasis on product or service quality, or the organizational harm that extended outsourcing of core capabilities might cause.

Executing military operations, and the associated performance of core military activities within a war zone, should be the main drivers of outsourcing mission-essential activities. In other words, military outsourcing cost savings should be given less weight than the health and maintenance of organizational considerations essential to its survival.

The cost to prosecute a war, therefore, should be subordinate to the result of achieving not only victory, but also maintaining the armed services. Manufacturers, like the military, should make outsourcing decisions based not on short-term cost savings but on organizational health and stability.n

Dr. Burns is an associate professor in the School of Business at American Public University System, and a U.S. Navy Captain and Supply Corps Officer currently serving as Commander of DLA Support Team-Afghanistan, Bagram Airfield, Afghanistan.