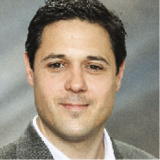 Latin America—particularly Mexico—continues to gain favor as a sourcing hotspot. Its close proximity to the U.S. border has always been a draw, but recent developments have shifted the global trade landscape in favor of the Western hemisphere. Nearsourcing may never entirely replace production in Asia, but trading partners in the Americas should be an essential component of your organization's supply chain strategy.

Countries in Latin America have long offered low-cost advantages compared to the United States, but costs in Mexico remained higher than China, Vietnam, Pakistan, and Bangladesh. Recently, however, wage increases in China have made Latin America competitive again.

At the same time, a power shift has occurred, particularly in the consumer goods space. Consumer demand requires companies to generate and deliver products faster and more agilely. This pressure has played well into the nearshoring argument, as shaving weeks off cycle times makes a huge difference in today's fast and furious supply chains.

Another major storyline unfolding is China's rapidly growing middle class. As more people in China are buying cars, houses, clothing, and consumer electronics, the country's role as the "factory floor of the world" has pivoted.

The major demand for Chinese production is now coming from within, and this trend will only continue in the coming years. As this occurs, more materials and factory capacity in China will be booked for domestic production.

As a result, U.S. production is slowly shifting away from Asia, toward Mexico and other Latin American countries. In 2011, Mexico was the third-largest supplier of goods imported to the United States, with $269.2 billion worth of goods moving into the country—up 14.3 percent ($33 billion) from 2010, and 93.4 percent from 2000.

Look Before You Leap

Shifting production closer to home may seem like a no-brainer, especially with so many benefits pointing in this direction. Hurdles and traps do exist, however. Companies should keep the following factors in mind when considering a nearshoring strategy:

To meet these challenges, it is important to have a well-thought-out production strategy for managing the global supply chain.

Producing in Mexico may require a tightly orchestrated network approach. The country lacks some of China's resources, so it's up to manufacturers to string together and coordinate multiple parties in different time zones to produce goods on schedule.

Giving all supply chain parties access to a single platform from which to obtain the latest order data removes the guesswork.

Picture raw materials arriving from overseas, components made in different factories hundreds of miles apart, logistics providers moving goods to arrive on time at a separate facility for final assembly and preparation for delivery to a retailer in the United States.

A growing number of manufacturing, high-tech, apparel, and retail companies are applying this network approach to production as they add new sourcing locales such as Mexico to their supply chain portfolio. They're using cloud technology to connect all their trading partners in one place.

A network approach changes the nature of the supply chain from uncertainty to clarity. Giving all parties access to a single platform from which to obtain the latest order data removes the guesswork. Similar to updates on social media channels such as LinkedIn and Facebook, supply chain partners can log into the tool, then post an update for their whole network to view.

Supply chain partners are using the same approach to manage complex workflows. As more production moves from China into Mexico, the winners of tomorrow will use cloud technology to operate a single supply network that smoothly orchestrates the movement of goods in the supply chain.