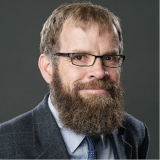 Dr. Ron Lembke is Associate Professor of Supply Chain Management and Chair of the Department of Managerial Sciences in the College of Business at the University of Nevada, Reno; and Chair of the Reverse Logistics Association’s Standards Committee, 775-682-9164

Although serial numbers were initially created to track production, they are invaluable tools for reverse logistics. Here's how they can streamline supply chains.

Serialized products are easier to manage during the returns process. If retailers capture a serial number at the point of sale (PoS), they know an item was purchased from them, because they have the date and time, location, price, and payment method in their ERP system. Without a serial number, customers can game the system with fraudulent activity that violates the retailer's returns policy or the manufacturer's warranty.

A serial number also makes it possible to track a particular unit as it moves through the repair and refurbishing process, and prevents a refurbished outlet item from being returned as new.

Serial numbers also allow a manufacturer to know exactly when a product was produced, so a recall can target as small a number of units as possible.

A serial number also deters would-be counterfeiters. If the retailer verifies a unit's serial number before accepting a return, only valid units can be returned, and attempts to make multiple copies of one serial number will be caught.

Barcoding and plummeting storage costs mean the price point where serialization makes economic sense has fallen lower and lower. Today, all web-connected or IoT devices contain an International Mobile Equipment Identity (IMEI) or similar number, which uniquely identifies the device throughout its lifetime.

In many industries, the serial number is printed on the packaging. The manufacturer knows which units were sent to a retailer or distributor, but then nothing about the ownership or location until it is registered (hopefully) or warranty service is requested (more likely).

When the serial number is captured at the point of sale, the retailer and manufacturer know exactly where and when the item was sold, which starts the clock on the returns period and warranty.

The downside to PoS capture is labor: The item must be scanned twice. As much as manufacturers embrace the benefits of PoS serial number capture, retailers are not interested in doubling their labor costs by scanning every item twice.

One solution is to take advantage of 2D barcodes capable of carrying multiple pieces of information. A 2D barcode can easily hold a model number, UPC, serial number, and more. A growing number of companies have begun to put such 2D barcodes on their products and packaging.

These ad-hoc systems, however, lack standardization as manufacturers encode information differently. To address varying formats, the Standards Committee of the Reverse Logistics Association (RLA)has developed a system called Smart QR Labels (SQRL), which add a four-character tag before each piece of data, so that anyone scanning the 2D barcode can know what the information contained in the barcode represents. The RLA is working with several companies on pilot projects.

Related Articles
Rethinking Reverse Logistics for Online Apparel ReturnsThe Back & Forth of Reverse LogisticsDialing In to the Secondhand Smartphone MarketSaving Green While Going GreenShedding Light on DIM Weight ReturnsIT Asset Disposition Is the Future of Reverse LogisticsDon't Just Liquidate, Seek Scalable SolutionsThe Keys to Dangerous Goods/Hazmat Shipping ComplianceTurn to Technology to Attract the Next Generation of WorkersTransparency to Efficiency: How IoT Can Increase the Productivity of Your Transportation (Sponsored) More related articles...