Latin American Logistics: Learning the Tricks of the Trades 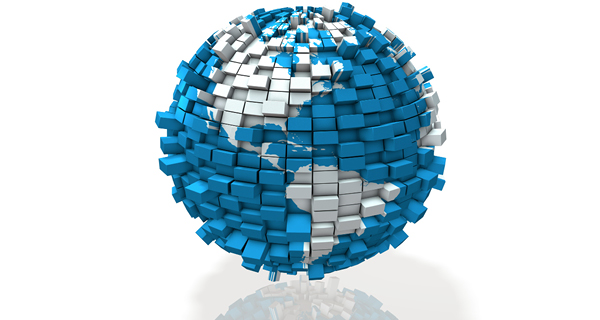 Working with a specialist can remove the stumbling blocks that can impede trade between the United States and Central and South America.

While the U.S. government continues to encourage trade with Latin America, and is expanding resources available to companies looking to do so, exports and imports to and from that region have declined in recent years.

The United States exported $90,247 million in goods to Central and South America in 2016 through the end of August, according to U.S. Census Bureau data. During that same eight-month period in 2015, it exported $104,485 million. Those eight months in 2014 saw $122,607 million in exported goods. Trends in imports to the United States from that region are similar, with the amount declining each year.

This is in spite of the Look South initiative launched by the U.S. Department of Commerce (DoC) in 2014 to increase trade with 11 Latin American countries where the United States has free trade agreements (see bottom sidebar).

The decline is the result of several factors, including a drop in commodities prices, according to Laura Krishnan, international trade specialist with the International Trade Administration (ITA) at the DoC. "Latin America is still commodities-dependent, so the drop in prices has hit Latin American countries hard," she says.

In addition, with the strong U.S. dollar, the exchange rate with foreign currencies makes U.S. goods exported to this region look expensive to Latin American businesses and consumers. There are bright spots, though.

"Our 11 free trade agreement countries have performed better than the rest of Latin America and the world at large," Krishnan says. "In 2015, U.S. goods exported to these countries dropped 4.6 percent over 2014, but global exported goods dropped 7.1 percent in the same period."

The Look South initiative is designed to support companies already doing business in the region and to help U.S. firms not exporting to any country identify expansion opportunities in Central and South America. This initiative may become more important given that the North American Free Trade Agreement (NAFTA) is currently being renegotiated. Both Mexico and Canada have stated that they would like to modernize the agreement based on calls from the Trump administration. Both Mexico and the United States have said that negotiations will include neither confrontation nor submission, and will be mutually beneficial, or they will quit NAFTA.

Other developments in recent years have also impacted trade logistics in the region, including a trend toward nearsourcing so retailers can reorder top-selling items more quickly. For example, JCPenney will cut production time by six weeks when it reorders best-sellers from factories in Central America rather than Bangladesh, according to the Wall Street Journal.

"Manufacturing might cost companies a little more in Central America, but it gets garments into distribution centers in three to five days instead of 30 to 45 days," says Frank Larkin, senior vice president and general manager of logistics and commercial services at Crowley Maritime Corporation. "They can get two or three turns of the inventory during a season now by making more of what's selling well." Crowley, based in Jackonsville, Fla., is a transportation and logistics company operating in Central America.

Because of certain tax advantages, U.S. manufacturers can send components such as fabrics, buttons, and zippers to Central America to be assembled into garments, and then ship the completed garments back to the United States, he adds.

Although it's too soon to see significant changes, the June 2016 opening of the expanded Panama Canal is expected to have an impact on the logistics involved with goods moving from the Pacific Ocean to the east coasts of North and South America, as well. One expert sees this bringing a significant change to how the United States and other countries work in the Colon Free Trade Zone in Panama.

"When the Panama Canal could only handle small vessels, the large ships would discharge their goods on the west coast of Panama," says Ron Atapattu, founder and president of Overseas Cargo Inc. in Miami. "Those containers would be unloaded, repackaged, and reconfigured as needed in the free trade zone, then shipped from the country's east coast to North America or Europe.

"Now that large vessels can go through the canal, these containers don't require redistribution in Colon," he adds.

Miami deepened its port in anticipation of the larger ships. Similar projects in other Florida ports have been delayed.

A growth in e-commerce in Latin America has also presented opportunities for certain types of logistics service providers skilled in this area. While countries such as Colombia, Chile, Peru, and Argentina have well-developed e-commerce programs within their borders, companies are seeing opportunities to grow by selling online to consumers in other countries, as well. Doing so, though, involves more than just shipping products farther.

"For example, an e-commerce shopping cart typically offers only domestic delivery, so to make international delivery possible, you need to be able to estimate and collect duty and tax for the destination country," says Pablo Ciano, managing director of Central and South America for DHL Express. The company offers logistics for parcels and time-definite shipments in these regions.

Online order deliveries are also getting more sophisticated in the region since DHL expanded its On Demand delivery to Central and South America in early 2016. Like its U.S. counterpart, On Demand Delivery uses SMS/text messages on delivery day to let recipients select a preferred delivery option.

"It's unique in that market, so it's exciting for consumers. It also helps the online retailers by improving their customer satisfaction," says Ciano.

There's no question that there are trade opportunities to the south. The logistics are complicated, though. To move goods successfully from one region to another requires knowledge of the Latin American country's economic environment, political climate, transportation infrastructure, and regulations, among other things.

Customs requirements can be particularly challenging. For example, Mexico doesn't use the same classification system as the United States, so a company exporting to Mexico needs to understand that country's approach and provide proper documentation. Fines for mistakes are expensive.

"It's a complicated landscape," agrees Ciano. "Some countries are open to trade with simple customs laws that are easy to understand and execute. Others use customs as a barrier for controlling trade as well as a source of revenue. They continually apply new fees or penalties."

Each country's infrastructure impacts how goods get to their final destination, as well. It's a particular problem in Brazil, where shipments originating in Manaus, the largest city on the Amazon River, might have to leave by water. Or, shipments might start out on an eight-lane highway in Sao Paulo and end up on two-lane roads in the country's northeast.

"If there's a weather or construction issue, we can lose up to 10 hours in some of those areas," says Chris Brady, who lives in Brazil as director of South America at TMC, the managed services and transportation management system arm of C.H. Robinson.

Brazil's "huge consumer base" is attractive to companies in other countries, Brady says. But because the South American country has infrastructure, economic, and high transportation cost issues, it's not a place to just "dip your toe in."

"You need to commit to it, whether this means buying a company with infrastructure in place already or building out factories," he says. "Some barriers are so restrictive that you need to make an investment in the country to grow and get scale."

Donofrio advises companies to look for stability and ease of operation when selecting Latin American markets. Secondary factors, he says, are infrastructure, the population's education in terms of providing a workforce, and business incentives.

"Chile is on the forefront," he adds. "It provides good education, encourages new business development, offers incentives, and has a stable environment."

"Peru is the most growing and stable economy in the region," adds Felix Riachi, head of LATAM for APL Logistics, an Arizona-based logistics company.

No matter where goods are moving in the region, companies should expect problems.

"You always have to be prepared to manage a crisis," Riachi says. "Every day brings a new political, social, or economic challenge. You have to be able to predict this, prepare for it, and be flexible." Flexibility, he adds, is one of key success factors in the region.

"So many factors are beyond your control that you need to pick a partner with experience in the region to guide you," says Larkin. Crowley has about 600 in-country employees in Latin America who facilitate logistics and monitor trends.

"When we see strikes or new regulations regarding fumigating containers in a certain port, we can re-route to a different port," he says. For example, when port congestion in Santo Tomas, Guatemala, became a problem in early 2016, Crowley switched the order of ports of call.

While companies need supply chain visibility so they can be informed in a way that guides decision-making, they also need a visual intelligence mechanism that helps them stay abreast of regional developments, Riachi says. APL uses a visual intelligence platform that provides clients with data and information that can be used to adapt to changes quickly.

"The Mexican border can be a black hole," says Riley. "You need all the information on one platform so you can see how long customs brokers are taking to clear shipments, among other things."

Looking ahead, both Riachi and Larkin anticipate a consolidation among logistics service providers in the region. They agree that the process will be driven by a need to work with a 3PL that can take on a larger role for companies in the region.

"We expect fewer service providers because of the logistics complexity," says Riachi. "Sometimes, more than 500 3PLs, customs brokers, and others are involved, and importers and exporters look to reduce that number to gain better supply chain control."

Krishnan acknowledges the issues and challenges. "The geography is challenging," she says. "A lot of these countries have infrastructure deficits. Ports are at capacity. Moving products around can be difficult, but the countries are aware of it."

Still, considering that fewer than one percent of the 30 million companies in the United States export products, those looking to new markets for growth might do well to consider the potential that might come when they Look South.

Look South, an initiative launched by the U.S. Department of Commerce in January 2014 to help increase trade in 11 Latin American countries where the United States has free trade agreements, offers services and programs that support companies already in that market or help others expand into the region. These programs include: